People from Northern Ireland can now be treated as European citizens when applying for UK residency for non-European spouses. 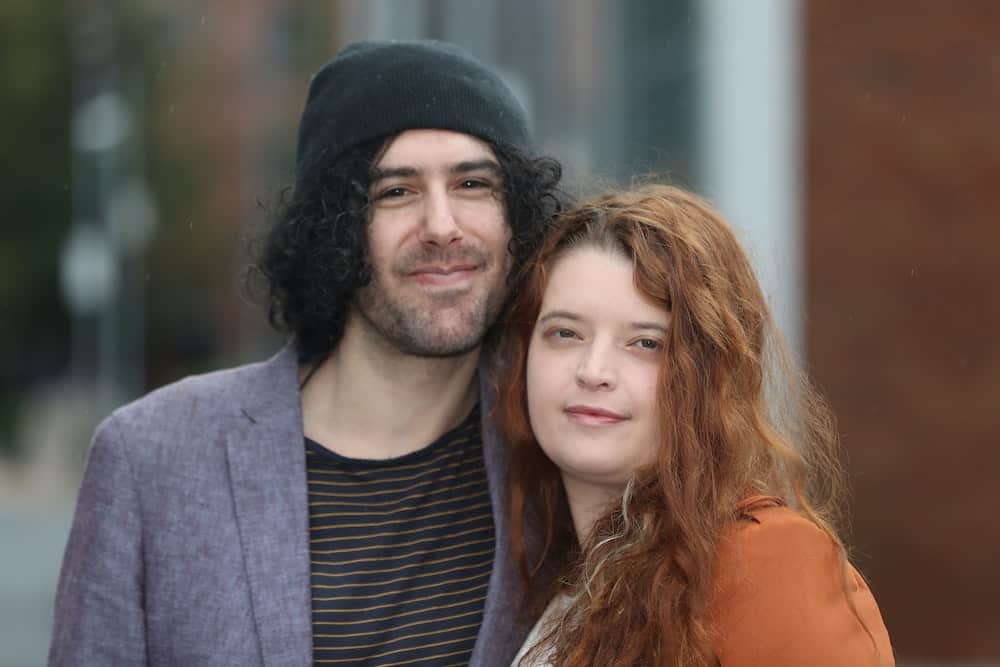 A citizenship campaigner has welcomed a move to allow people in Northern Ireland to be treated as European citizens under immigration laws.

Emma DeSouza has been involved in a long legal battle with the Home Office over whether being born in Northern Ireland automatically confers a person with British citizenship.

A change in immigration laws means people from Northern Ireland can now use a scheme designed for European nationals – the EU Settlement Scheme – to apply for residency for non-European spouses, without first having to renounce British citizenship.

Effectively it means people in Northern Ireland have an entitlement to be treated as Irish citizens under immigration laws if they so wish.

The changes have been welcomed by the Irish Government.

However, the move only applies for the duration of the EU Settlement Scheme, which closes to new applications next year.

“These changes are on the back of years of campaigning for the full recognition of our right to be accepted as Irish or British or both under the Good Friday Agreement,” said Mrs DeSouza, who is from Magherafelt, Co Londonderry.

“We have always contended that no-one should be forced to adopt or renounce a citizenship in order to access rights, to do so goes against both the letter and the spirit of the Good Friday Agreement, the Home Office now concedes that point.

“The changes to the immigration rules will have a positive impact on families across Northern Ireland and will provide a route to family reunification under the EU regulations whether that person identifies as Irish or British or both.

“These changes will only apply to Northern Ireland and recognise the unique status that the region holds within the United Kingdom. Something that we have longed called for.

“We personally know a number of families that will benefit from this change and are filled with joy and relief that these families will not face calls to renounce British citizenship or face years in court like we have.”

The changes come on the back of a commitment made by the Government in the January deal that saw the restoration of powersharing at Stormont.

The long-running wrangle centres on Mrs DeSouza’s sponsorship of an application for a residence card from her US-born husband Jake.

In 2015, Mr DeSouza had attempted to secure a UK residence card under European Law, with his wife sponsoring his application as a European Economic Area (EEA) national.

However, the relevant immigration regulations defined that a sponsoring EEA national must be a citizen of an EEA state who is “not also a British citizen”.

As the Home Office considered Mrs DeSouza a British citizen, it found that she did not meet the required definition of an EEA national and rejected the application.

She then had the option to assert British citizenship to secure residency for her husband under UK domestic immigration rules, not EU law.

Alternately, she was told she could renounce her British citizenship and then reapply as an EEA national.

The Co Derry woman insisted she should not have to declare herself British to enable her husband to stay in the UK, and should have the right, as an Irish woman, to avail of entitlement as an EEA national.

She argued that she never considered herself British, so how could she renounce citizenship she never had.

The dispute turned into a political row, with the UK Government accused of undermining the spirit of the Good Friday peace agreement – a deal that allowed people in Northern Ireland to identify as either British or Irish or both.

The rules have now been amended to broaden the eligibility of the EEA sponsorship criteria to include anyone from Northern Ireland.

That means anyone from Northern Ireland who identifies as Irish can now use the EU Settlement Scheme to secure residency for a partner.

Mrs DeSouza won an initial court challenge against the Home Office only to see that result overturned by a higher court last year.

She is currently pursing her case in the Court of Appeal.

The campaigner criticised the temporary nature of the amendment to the immigration rules.

“What these changes don’t do is address the wider citizenship and identity issues that our case has uncovered,” she said.

“The failure of the British Government to give domestic legal effect to the birthright provisions of the Good Friday Agreement remains, and our unique right to be accepted as such is not represented in domestic paper, policy and practice – this has to change.

“The Government has conceded on the principle by bringing forth these changes, we now need them to go the extra mile and fulfil their obligations to the people of Northern Ireland. Without addressing the wider gap in legislation these changes, whilst enormously welcomed, may well be no more than a sticky plaster.”

He tweeted: “I welcome announcement by UK Government on change to immigration rules for @EmmandJDeSouza & couples like them. Citizenship and identity provisions are central to the #GFA. A good & important step. Credit to Emma for her principles, determination & her impactful campaign.”

A UK Government spokeswoman said: “These changes deliver on the promise we made to the people of Northern Ireland in the ‘New Decade New Approach’ agreement earlier this year and demonstrate the UK Government’s continued and unwavering commitment to the Belfast/Good Friday Agreement.”