Unsure what to do with your hard-earned cash? Nigel Farage is here to help. 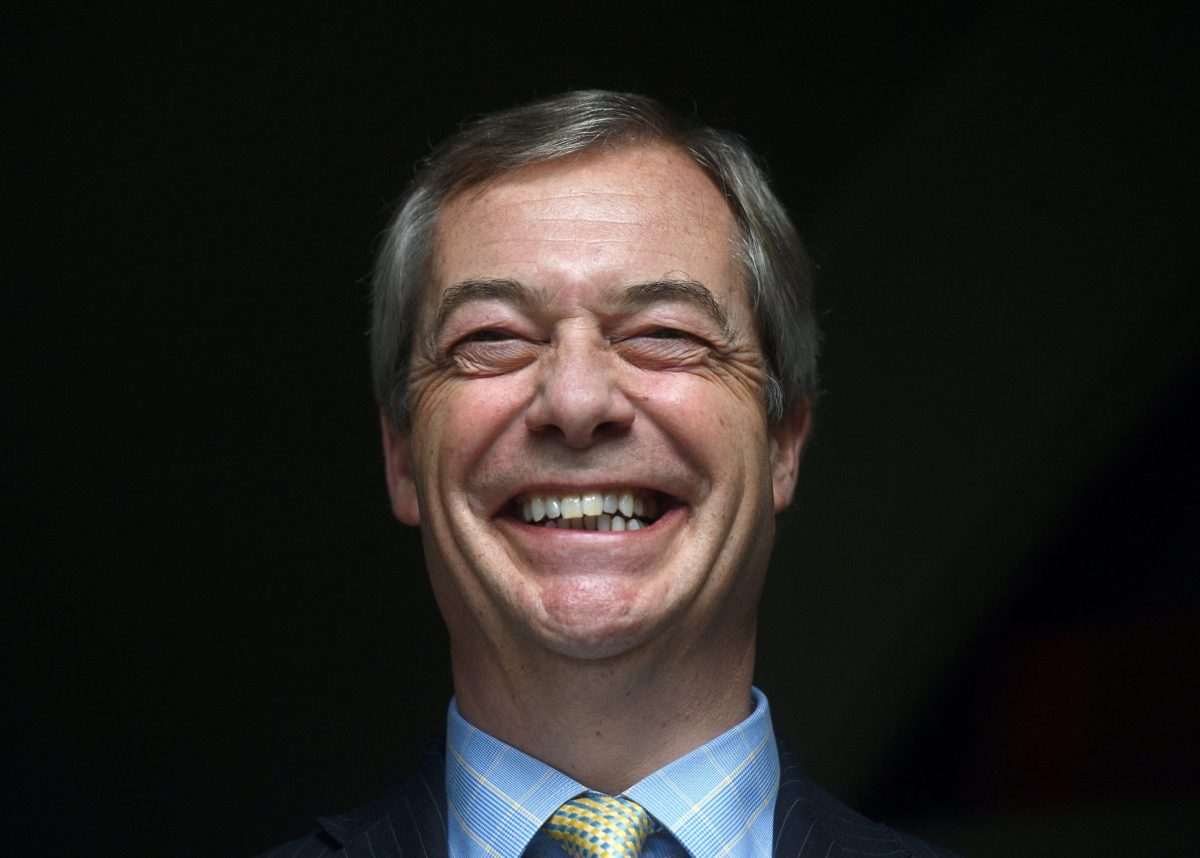 Nigel Farage’s has launched a new financial publication called Fortune & Freedom, urging punters to “take back control of your money and your life”.

“Let’s play a game,” the Fortune & Freedom website reads. “True or false: the government will do all it can to provide for you.

“True or false: the financial establishment have your best interests at heart,” it continues. “True or false: you can trust all you read in the mainstream media. If you answered true, you need to open your eyes and read Fortune & Freedom,” Farage writes.

The new publication will send subscribers a daily email, as well as videos from Farage and investment reports “all geared towards helping you take control of your own money”. It will be published by Southbank Investment Research – which distributes a series of newsletters offering investment advice to a host of private clients.

Packed with the same sort of anti-establishment rabble-rousing that first thrust Farage into the national spotlight, Fortune & Freedom vows to “help you take on the City establishment”, “help you profit from a Britain I believe is primed to boom post-Brexit” and “help you protect yourself from an EU financial system that I believe is set to implode”.

The new venture is reportedly a collaboration with a man called Nickolai Hubble – who is described by Farage as having “worked inside the heart of the monster, at Goldman Sachs.”

But, he adds, Hubble “left all that behind and, for over a decade, he has been showing the man on the street how to manage his own financial affairs, steer clear of the big dangers, and pounce on the big opportunities.”

Author of a book entitled ‘How the Euro Dies’, Hubble “investigates financial markets and predicts crises and opportunities”, according to an author profile on Southbank’s website.

Farage and Hubble have already published a string of articles, including a report from Farage – shared last week – entitled ‘Why Britain Will Boom After Brexit’, and another titled ‘Why gold could be the #1 asset to own for the next decade’.

The burning question is why would you trust Nigel Farage with your money? Well, Fortune & Freedom answers that too.

“If Nigel Farage’s upbringing in a family of financial minds and 20 years of experience as a broker and trader in the City of London taught him anything, it is that the individual investor needs a real ally,” its website reveals.

“Even after moving from the financial world into politics, Nigel has maintained a unique level of visibility into the financial system, and he truly believes it is fundamentally flawed.

“He credits his awareness of those flaws for much of his ability to protect himself as well as for being an early champion of major trends and causes including the successful resistance of the UK’s adoption of the euro and the country’s split from the economic and political bloc.

“And most importantly, whether or not you’ve agreed with Nigel over the years, he has been a steady ally and advocate for the individual investor.”

What could possibly go wrong?