Has Farage thrown the towel in? 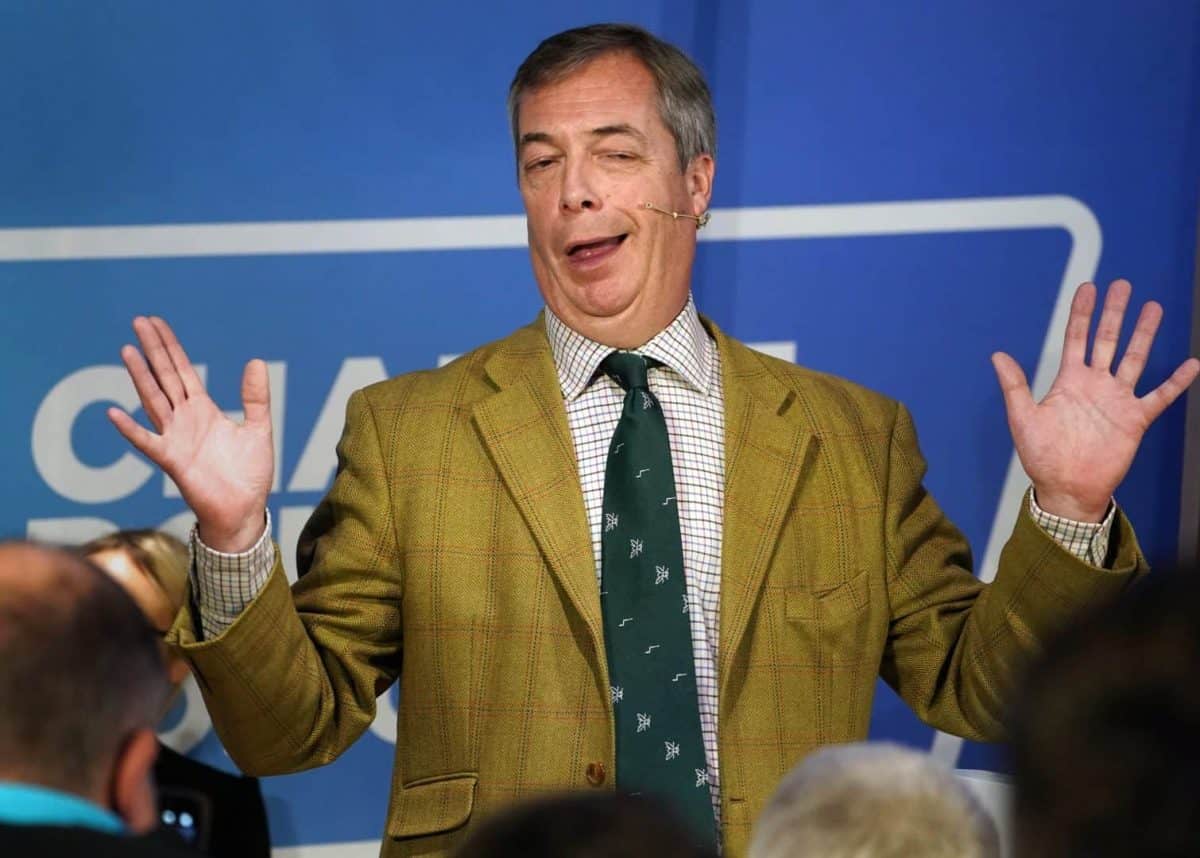 Nigel Farage pulled out of speaking at a Brexit Party defence rally because he feared his attendance would be a “distraction” following a spate of resignations.

The party leader had been billed to speak at an event at the Emmanuel Centre in Westminster on Friday but failed to turn up.

Mr Farage has had a tough week after four MEPs walked out of the fledgling outfit on Thursday to campaign for Prime Minister Boris Johnson’s Brexit deal.

Annunziata Rees-Mogg, sister of Commons Leader Jacob Rees-Mogg, along with Lance Forman and Lucy Harris all resigned the whip, while John Longworth, who was sacked on Wednesday for having “repeatedly undermined” Mr Farage’s election strategy, confirmed he was formally leaving the party.

Bookies now have the party odds-on not to win any seats at the upcoming election, which would be disastrous for the former UKIP man.

Answering questions about the no-show, a party spokesman said Mr Farage felt his presence would be a “distraction” at the event following the resignations.

“This was an event about defence but if Nigel was here every question would have been about the defections,” the spokesman said.

“No-one can accuse him of running scared after what he faced yesterday, doing interviews with Andrew Neil, Jeremy Vine, Iain Dale and ITV’s Emma Murphy. He feels he has covered it all now.”

In a nod to the defections, London MEP Ben Habib introduced Ms Widdecombe – a former Conservative minister – by saying he could “confirm she won’t be defecting to the Tory Party any time soon”.

Ms Widdecombe, standing in the Labour marginal seat of Plymouth Sutton and Devonport, said the Brexit Party would go further than the Government on the Nato commitment of spending 2 per cent of the country’s GDP on defence.

She said the 2 per cent target – which currently includes spending on armed forces pension contributions – must “over time” include only “operational expenditure – not other associated costs”.

“That is a big difference between us and Boris Johnson,” the South West MEP told party supporters.

The ex-Home Office minister said it was a “disgrace” that countries such as Germany were not meeting the Nato pledge.

The party also committed to carrying out a review to assess whether Britain’s armed forces and intelligence services needed to be expanded in the light of current international threats.

Gregory Butt, a veteran and the party’s candidate in Hyndburn, Lancashire, said there needed to be stronger safeguards for those who “put themselves in harm’s way” to protect Britain.

He said his party wanted legal protections for veterans against historical allegations.

“We are clear that those who put themselves in harm’s way to defend and keep us safe should not be short-changed on leaving the services,” he said.

“We will bring legislation forward to prevent serving personnel and veterans from being pursued by the police and prosecutors for actions that they undertook in good faith while they were in the service of the Crown.

“The legislation will not excuse or protect the deliberate breaking of national or international law, nor compromise the absolute requirement for military personnel to protect civilians.”