At least 235 migrants - many of them women and children - made the perilous journey from France yesterday, taking advantage of the calm conditions. 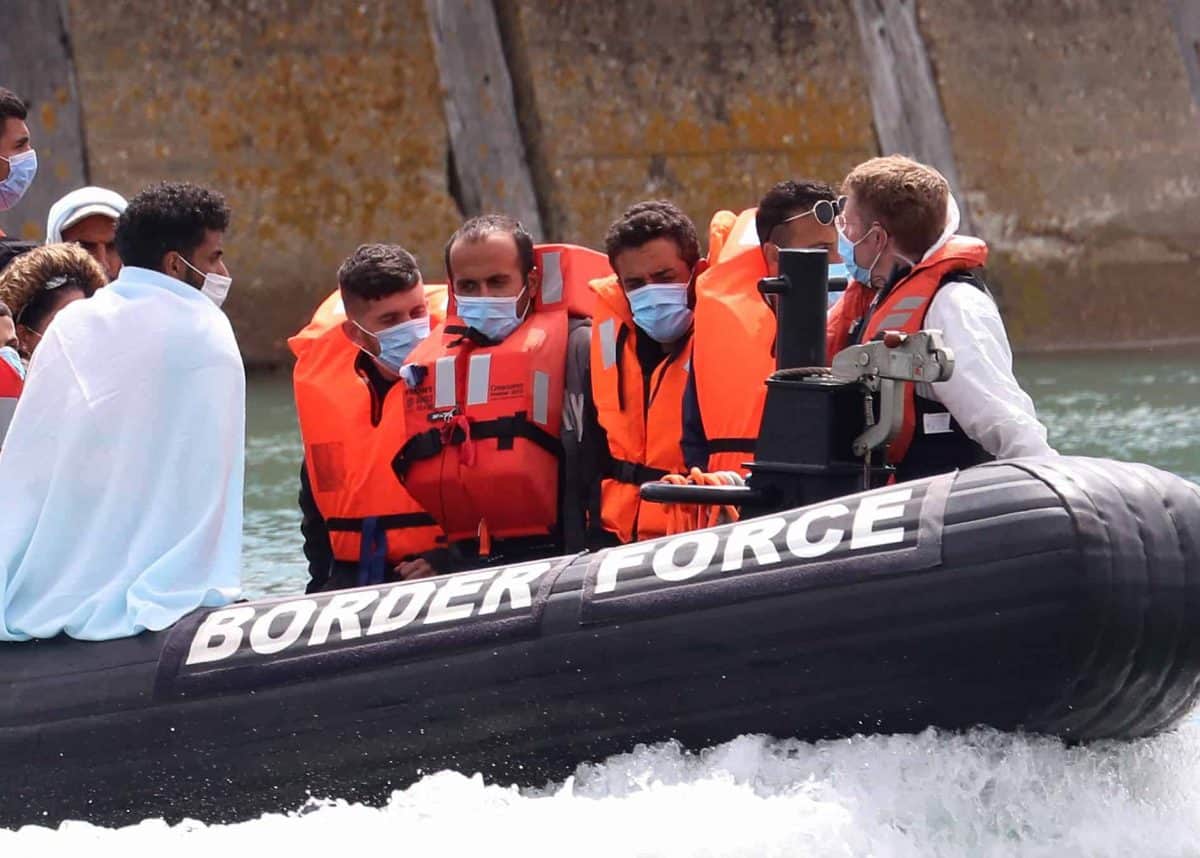 A Border Force vessel brings a group of men thought to be migrants into Dover, Kent, following a number of small boat incidents in The Channel earlier this morning.

The Home Office is “fuelling chaos” after a record number of migrants crossed the English Channel yesterday, a charity has claimed.

At least 235 migrants – many of them women and children – made the perilous journey from France yesterday, taking advantage of the calm conditions.

Thursday was the second time in just over a week that a new single-day record has been set, after 202 people crossed to the UK on 30 July.

Detention Action, a human rights charity, has accused ministers of encouraging “criminality and untold trauma”, as the likes of Nigel Farage claim that Britain is being “invaded”.

Chris Philip, the immigration minister, said that he shares “the anger and frustration of the public” at the “appalling number” of crossings.

The number of migrants arriving in Britain via small boats on the Channel increased sixfold in the past year, with the figure approaching 1,900 in 2019 – enough for some, including one Sky News journalist, to label the situation a “crisis”.

Arrivals in Britain represent a tiny fraction of the number of people who cross the Mediterranean to reach continental Europe, which exceeded 100,000 last year.

Detention Action director Bella Sankey said: “The Home Office has lost control and all credibility on this issue, fuelling chaos, criminality and untold trauma for those who feel forced to make these dangerous crossings.

“Trying to make this route ‘unviable’ through greater enforcement is naive grandstanding and amounts to more of the same.

“What is needed is recognition that people who reach France will have valid claims to protection in the UK and the urgent development of safe and legal routes for them to do so.

“This would end the crossings overnight and ensure we are standing by our age-old tradition of protecting those seeking sanctuary on our shores.”

He told Sky News: “I think people are absolutely right to be frustrated at the scenes they’re seeing. I’m frustrated, everyone is, which is why we’ve been working much more closely with the French government in recent time to improve our co-operation and intelligence-sharing to police crossings.

“The immigration minister will be visiting France again, I believe next week, to discuss how we can step up that co-operation and take further action, further measures and stronger measures as required to stop and reduce the tide of boats coming.”

Asked about reports that the Navy will be used, he said: “I wouldn’t want to speculate on exactly what measures will be put in place. It’s important that we work closely with our French allies on this situation.

“Obviously France is a safe country for migrants to be. We all want to see these crossings reduced and, pending the outcomes of those conversations, we can decide on the best next steps to take.”