The Education Secretary has replaced Priti Patel and Robert Jenrick as favourite for the 'next cabinet member to leave'. 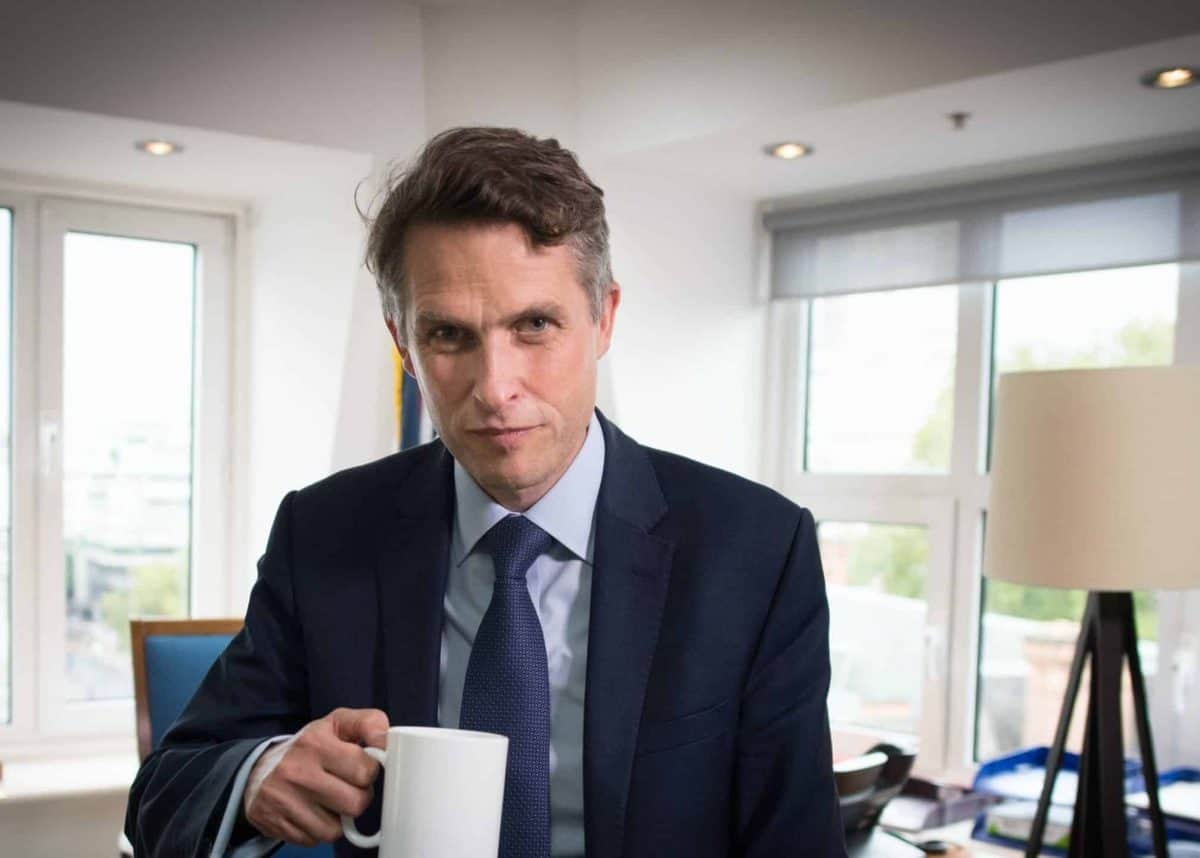 Matt Hancock said Gavin Williamson is “trying to do his best” in unprecedented circumstances as pressure mounts on the Education Secretary to resign.

According to the markets Williamson is now favourite for the ‘next cabinet member to leave’ following the A-level results controversy, leaping from 6 per cent to 29 per cent in just a week.

Mr Hancock defended Williamson following the A-level fiasco, saying that he is focused on trying to get all children back to school for the new term after their education was disrupted by coronavirus closures.

“These are unprecedented circumstances and I think everybody is working their hardest and trying to do their best in very difficult circumstances, and I know that is true of Gavin Williamson as it is of all members of the Government,” he told Sky News.

“The big focus is on getting schools back and open at the start of next month, an incredibly important task.

“I don’t think we should be distracted from that task now. We need to absolutely focus on it.”

Mr Hancock also said ministers are working on concerns raised by universities and the Royal College of GPs (RCGP) about medical education.

RCGP chairman Martin Marshall warned that, despite Monday’s U-turn, many would-be medics will have lost their places on courses after universities started handing out spots based on students’ original results.

The RCGP estimates the UK needs 20% more undergraduate medical places to serve the growing population, and wants caps on student numbers lifted as well as extra funding for universities to help meet demand.

The Health Secretary said: “We’re doing everything that we can and we’re working on this issue right now.

“I acknowledge the issue, I absolutely recognise it.”

Meanwhile, universities have said they need extra cash from the Government as students change courses after being awarded higher grades.

In a letter to Mr Williamson from Universities UK, seen by the PA news agency, vice-chancellors warned of the financial difficulties some institutions face following the U-turn, and said they need “significant financial support from Government” to stabilise the situation.

The body warned: “The move to using centre-assessed grades will rightly address the inequalities suffered by many students from disadvantaged backgrounds by use of the original algorithm.

“However, it will also result in significant overall grade inflation leading to significant decreases in planned enrolments at a number of institutions as students opt for higher tariff courses.

“Such institutions whose financial plans were based on the agreed temporary student number controls will now require additional government financial support.”

The first meeting of a new task force set up to tackle issues faced by universities following the Government’s exams U-turn took place on Tuesday.

In a statement, Universities Minister Michelle Donelan said: “We are working closely with the higher education sector to understand the challenges facing universities and provide as much support as we can.”

However, shadow education minister Emma Hardy criticised the decision not to invite representatives of staff or students to the meeting.

She said: “How can a task force solve the crisis facing universities without also speaking to student and staff representatives?”

A headteachers’ union has called for an urgent independent review of the exams grading fiasco.

Geoff Barton, general secretary of the Association of School and College Leaders (ASCL), has written to the Education Secretary, demanding a review to rebuild trust because “public confidence has been badly shaken”.

He said: “It seems to be clear that the statistical model for moderating centre-assessed grades was flawed and that it produced many anomalous results.

“But how did this happen, why were the problems not foreseen, and why were ministers not on top of this?”