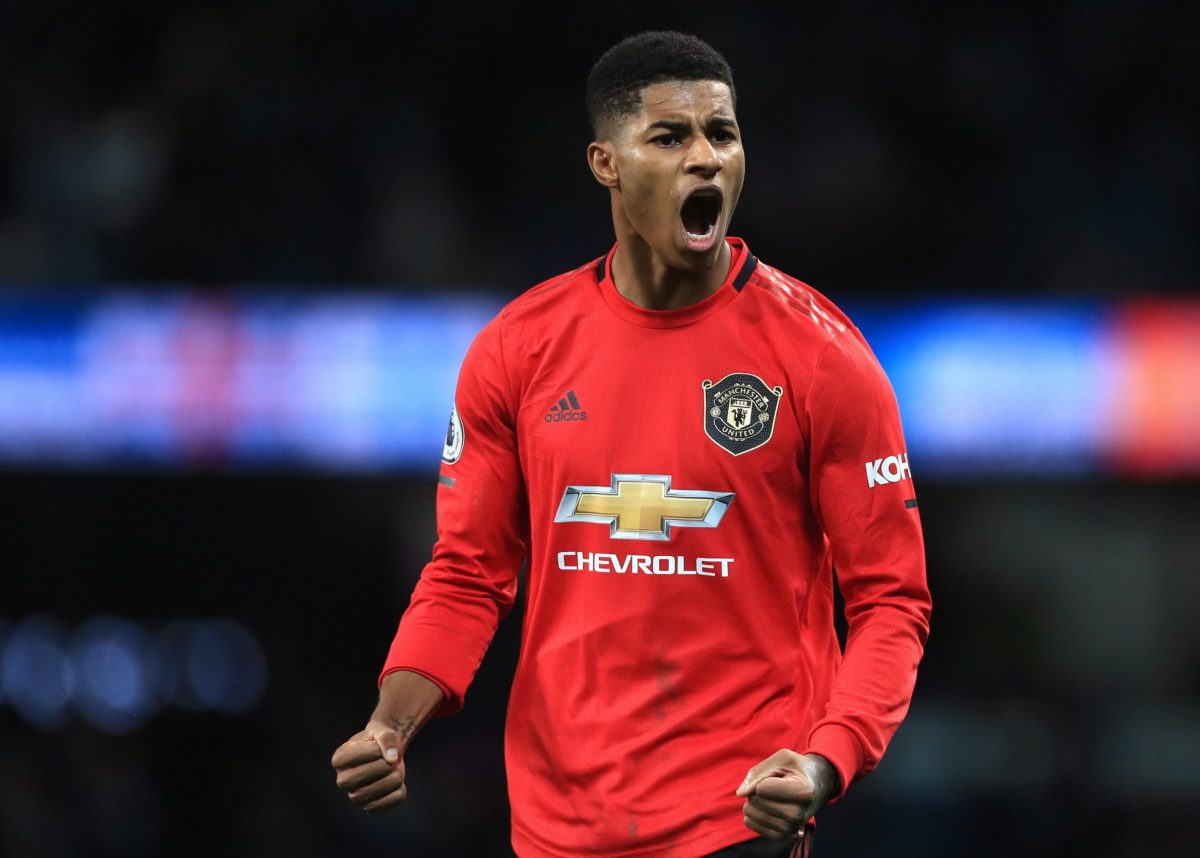 Marcus Rashford has turned Boris Johnson’s election rhetoric against him, urging him to honour his pledge to “level up” the UK by introducing a comprehensive package to end child poverty and hunger.

In an interview with HuffPost UK, the Manchester United and England star stepped up his campaign to help hard-hit families during the coronavirus pandemic.

Offering free school meals over Christmas and other holidays was a first step, Rashford said, but would be little more than a “sticking plaster” without wider reforms.

The footballer has already amassed over a quarter of a million signatures for an online parliamentary petition demanding urgent action to stop children going hungry – in just over two days.

Boris Johnson was the subject of angry this week when it flatly rejected Rashford’s proposals, arguing “it’s not for schools to regularly provide food to pupils during the school holidays” – a stance it repeated on Friday.

Rashford was awarded an MBE by Johnson for his campaigning on behalf of vulnerable children.

“What children in the UK need right now is stability,” he said. “A sustainable framework that protects them from falling through the cracks and that alleviates fear.

“Millions of children this morning have woken up petrified and confused. No child in the UK should be waking up hungry, if they have slept at all, and have to face the day worrying where food might be coming from.

“Holiday provision until the end of the Easter holidays, whilst a vital move, is not an effective means of combating child food poverty. It’s another sticking plaster. No child needs a deadline looming.”

‘Give children a chance’

“The Healthy Start vouchers are a necessity for so many but they just aren’t stretching far enough. An additional £1.15 could make the biggest difference to over 290,000 children.

“The ask remains the same. We will settle for no less than the implementation of the 3 National Food Strategy policy recommendations. Policy recommendations that were built from extensive research and data analysis, as part of a review commissioned by those in power and those who have the power to protect our most vulnerable.

“Food stability is the foundation of everything. Please, give our children a chance. Let’s level up once and for all.”

Rashford’s campaign has been praised by MPs of all parties. Robert Halfon, the Tory MP and chair of the Commons education select committee, said: “Having depended on breakfast clubs and neighbourly support as a child, he understands child hunger more than most.

“The Prime Minister should bring him to No 10 to listen and work with him and his task force on a long-term solution to end child food poverty.”