Johnson will meet Macron today for talks which are likely to be less encouraging than his meeting with Angela Merkel. 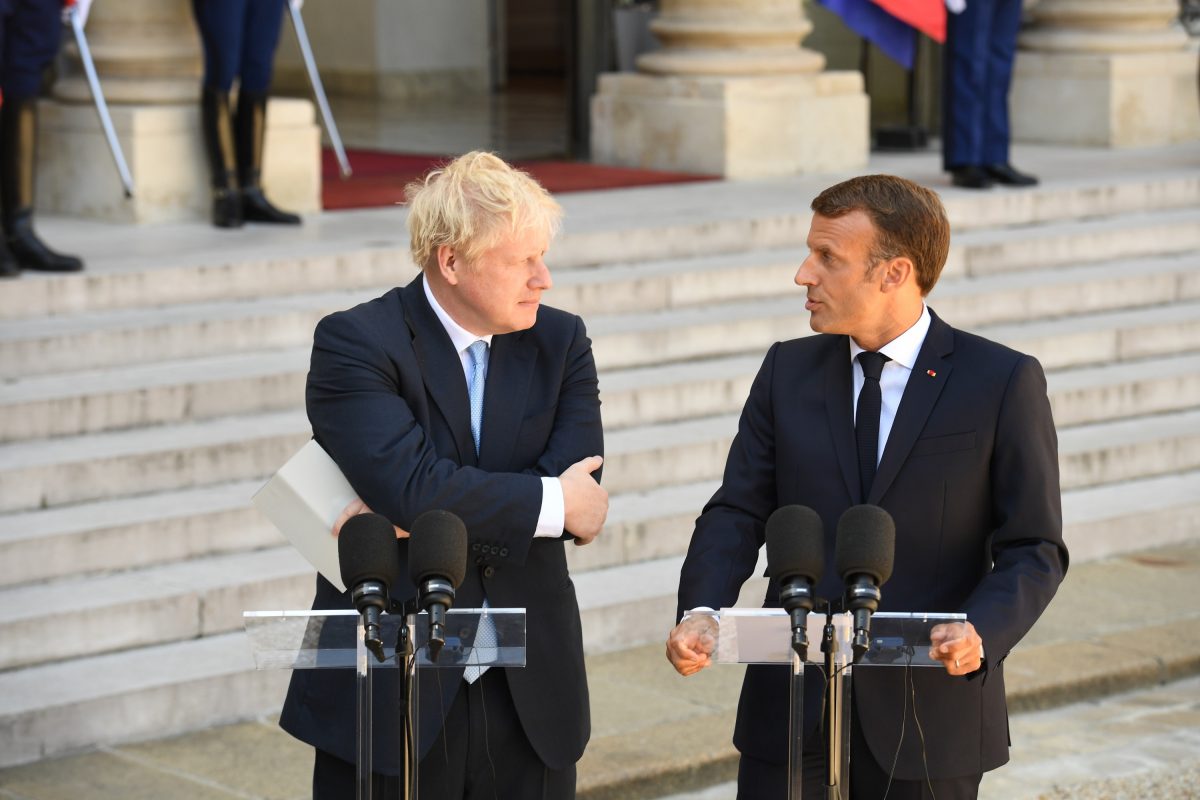 Emmanuel Macron has fired a warning shot at Boris Johnson ahead of their meeting in Paris.

The French President said the UK risks becoming a vassal state to Donald Trump’s USA if it chooses to prioritise ties with Washington over a close relationship with the European Union.

Mr Johnson will meet Mr Macron today for talks which are likely to be less encouraging than his meeting with Angela Merkel.

The UK Government was buoyed on Wednesday after comments by the German Chancellor which seemed to indicate that European leaders could be willing to consider alternatives to the Irish backstop.

But Mr Macron told reporters on Wednesday night that the demands to renegotiate the Brexit deal are “not an option”.

He said: “We have to help the British deal with this internal democratic crisis but we mustn’t be hostage to it nor export it.”

France now views a no-deal Brexit as the most likely outcome, according to diplomatic sources in Paris.

“Can the cost for Britain of a hard Brexit – because Britain will be the main victim – be offset by the United States of America? No,” Mr Macron said.

“And even if it were a strategic choice, it would be at the cost of a historic vassalisation of Britain.

Related: The latest media circulation figures tell you everything you need to know about the current political climate