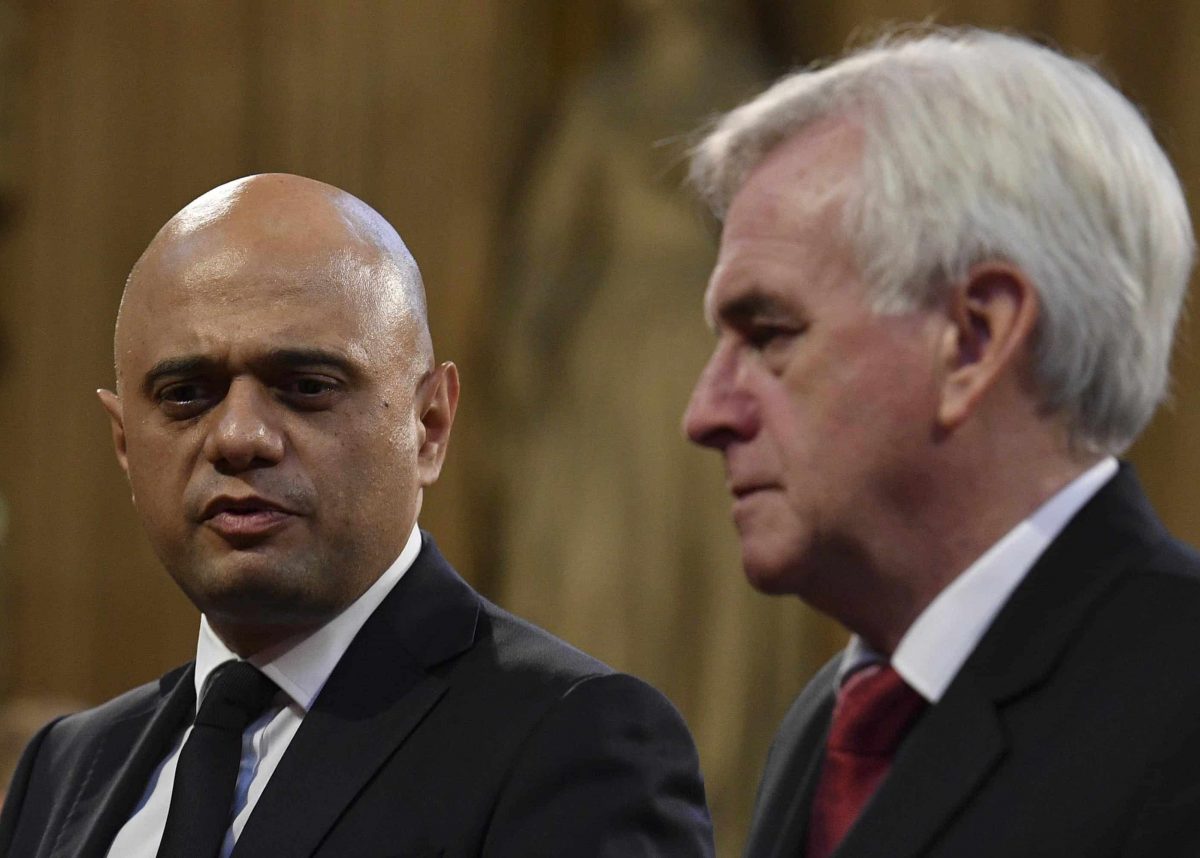 Labour’s policies would cost £1.2 trillion over five years, the Conservative Party has claimed as it gears up for the second week of the General Election campaign.

The Chancellor told the paper the country “cannot afford Corbyn’s spending spree”, which he claimed would “undo all the hard work of the British people in recent years”.

He said Labour’s proposals – which include plans to renationalise rail, mail, water and energy – could leave the economy on the “brink of bankruptcy”.

The paper said the figure was based on costings for Labour’s last manifesto and its most recent pledges, spread across a five-year period.

Shadow chancellor John McDonnell labelled the claims a “ludicrous piece of Tory fake news” and an “incompetent mish-mash of debunked estimates and bad maths cooked up because they know Labour’s plans for real change are popular”.

He said: “Labour will tax the rich to pay for things everyone needs and deserves, like decent housing, healthcare and support for our children.

“We will also use the power of the state to invest to grow our economy, create good jobs in every region and nation and tackle the climate emergency.

“The Conservatives will be able to read all about these plans – and how much they actually cost – when we publish our fully-costed manifesto.”

It comes as the Tories revealed plans to quadruple the number of migrant workers that can take up seasonal work on British farms from next year.

The Sunday Telegraph reported that the Prime Minister has approved plans to allow fruit and vegetable farmers to hire up to 10,000 workers from outside the EU for temporary roles.

– Party leaders will display a rare moment of unity as they pause their campaigns to pay their respects at the National Service of Remembrance at the Cenotaph on Sunday morning.

– Labour is considering plans for a universal basic income in its “most radical” manifesto yet, shadow chancellor Mr McDonnell told the Independent newspaper.

– Brexit Party leader Nigel Farage warned the Tories the “clock is ticking” to secure a Leave alliance at the General Election.

– The Lib Dems are proposing to scrap settlement fees for Armed Forces veterans who were born outside the UK, while the Tories have said veterans will be eligible for a railcard giving them a third off the cost of train travel.

Elsewhere, Steve Baker, the chairman of the European Research Group of Tory Brexiteers, urged voters to “seize the opportunity to get Brexit done”, warning: “It’s now with Boris or it’s never.”

Writing in the Sunday Express, he said: “Only the Conservative Party can deliver Brexit in this election. A vote for any other party is effectively a vote for Jeremy Corbyn.

“That is because the Brexit Party cannot win a majority. It might not even be able to win a seat. But it is capable of splitting the Leave vote so that Jeremy Corbyn gets into power.”