Thornberry said she and Sir Keir Starmer had called for the shadow cabinet to do more to tackle the issue, but she couldn't remember Long-Bailey doing the same. 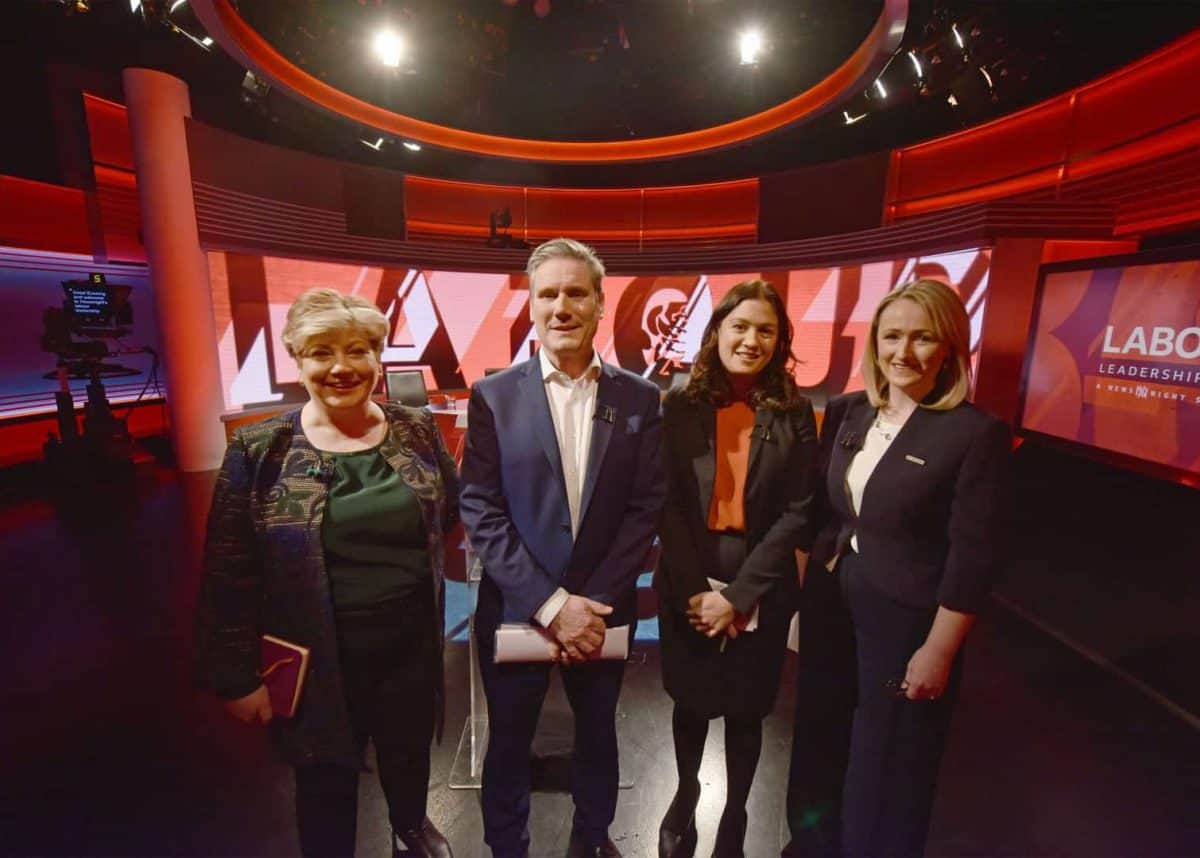 Emily Thornberry has claimed her shadow cabinet colleague Rebecca Long-Bailey failed to push for tougher action on anti-Semitism in the Labour Party.

During a tense moment in a Labour leadership debate, the shadow foreign secretary said she and Sir Keir Starmer had called for the shadow cabinet to be more involved in tackling the party’s anti-Semitism problem.

Anti-Semitism in the party

Speaking during BBC Newsnight’s televised hustings, Ms Thornberry said: “I think it would be right to say that the record shows that I have regularly called out anti-Semitism in my party.

Asked whether she was “saying Rebecca didn’t” demand such a role for leader Jeremy Corbyn’s top team, Ms Thornberry added: “No, I don’t think Rebecca did, but Keir and I did.”

Ms Long-Bailey said she would sign up to the 10 pledges on tackling anti-Semitism that had been set by the Board of Deputies of British Jews if she becomes leader.

“As leader I will be signing up to the 10 pledges. I would expect my shadow cabinet and all those within it, all our members and MPs within Parliament to follow my lead on that,” she added.

Shadow Brexit secretary Sir Keir added: “If you’re not prepared to fight anti-Semitism, you shouldn’t be in the shadow cabinet.”

Lisa Nandy, the only backbencher left in the race, said there should be “no one in the Labour Party that doesn’t defend the right of Israel to exist”.

The Wigan MP also criticised the scale of Labour’s nationalisation plans in the last manifesto, saying “we can’t nationalise everything”.

She said: “One of the things we did in the last election was we made promises we simply couldn’t keep.

“We cannot go round as a party making promises to nationalise everything, to slash or get rid of tuition fees but we hadn’t got a clue how we would do it and how we would pay for it.

“People are smarter than that. We have to be honest with them.”

But they jointly rowed back on scrapping private schools and introducing a four day week, two other controversial policies put forward during Mr Corbyn’s leadership.