The bill would allow undercover agents to break the law if it will prevent a more serious crime or there is a threat to national security. 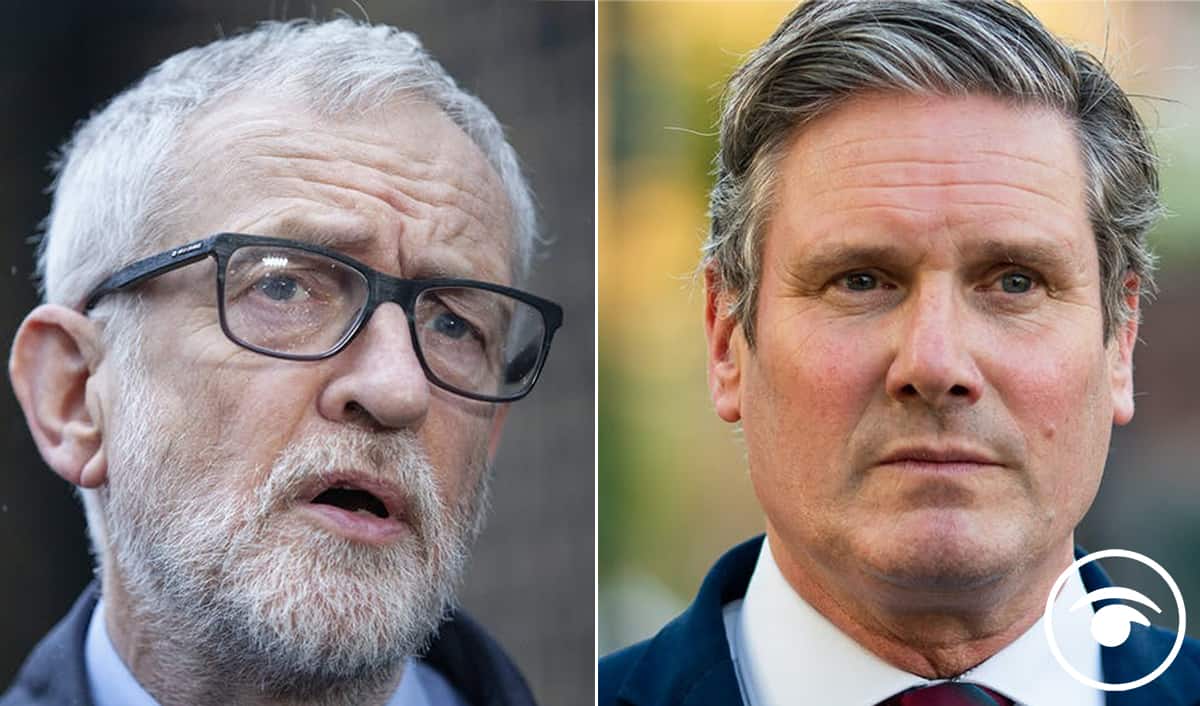 Keir Starmer has suffered his second significant backbench rebellion in less than a fortnight, after more than 20 Labour MPs – led by former leader Jeremy Corbyn – voted against the second reading of a bill that would enshrine the rights of MI5 informants to commit crimes.

Labour had whipped MPs to abstain on the security bill, but the Socialist Campaign Group – a backbench pressure group, packed with a host of Corbyn loyalists – defied Starmer’s ordered and voted down the bill.

The dissenting MPs have lined up to criticise the bill. Jon Trickett, who served in Corbyn’s shadow cabinet, said it would “give legal cover to illegal undercover actions”. Zarah Sultana, the new MP for Coventry South, added that she “can’t support legislation that could give undercover state agents the licence to murder, torture and commit sexual violence”.

There has been criticism from senior Conservatives too. David Davis, the former Brexit secretary, warned that the bill contains “a whole series of weaknesses” which “at the end of the day will impinge on innocent people”.

The legislation – officially called the Covert Human Intelligence Sources Bill (CHIS) – has clearly galvanised Sir Keir’s critics on the Labour left and a string of senior Tories. But what would the new law, which passed through the Commons by 182 votes to 20 on Monday night, actually do?

First and foremost, CHIS would provide legal protection for a once-secret power: “the third direction”. This permits agents and informants working for the UK’s domestic security service – MI5 – as well as the police and other state bodies to break the law if it will prevent a more serious crime or there is a threat to national security.

The existence of this covert policy only came to light two years ago, after legal action by human rights campaigners forced the government to acknowledge its existence. The Home Office is now seeking to enshrine the directive in law – leading some critics to label it the ‘license to kill’ law.

Ministers claim that rhetoric goes too far, because CHIS will comply with the European convention on human rights and the Human Rights Act – which safeguards the right to life and forbids torture. And security officials believe the bill is essential, because undercover informants have to commit certain crimes – like joining a terrorist organisation – in order to infiltrate far-right and jihadi groups.

Officials point to the 2018 plot by an Isis supporter to bomb Downing Street and kill then-prime minister Theresa May – which was only thwarted because undercover agents were able to commit crimes.

James Brokenshire, the security minister, has said that agents being able to break the law without fear of prosecution was a “critical capability”, and would be subject to “robust, independent oversight” by the Investigatory Powers Commissioner’s Office.

“It is important that those with a responsibility to protect the public can continue this work, knowing that they are on a sound legal footing,” he added.

MI5 says it has foiled 27 Islamist and right-wing terror attacks since 2017, in conjunction with the police. “Without the contribution of human agents, be in no doubt, many of these attacks would not have been prevented,” its director general, Ken McCallum, added.

Why has CHIS riled so many MPs, then? Well, the legislation has a lot of well-informed and influential critics.

Amnesty International UK has warned that the bill “could end up providing informers and agents with a license to kill”, stressing that it “does not explicitly prohibit MI5 and other agencies from authorising crimes like torture and killing.”

Reprieve, one of the organisations that brought the original legal action to expose “the third direction”, has said that the Human Rights Act alone does not provide a strong enough safeguard to prevent some of the crimes that agents can engage in.

Government lawyers, it pointed out, have argued that the Human Rights Act does not apply in acts that are being authorised by the state as opposed to openly initiated by it.

The group’s deputy director told LabourList: “Are we seriously suggesting the government can’t place any limits at all on the crimes MI5 agents can commit – not even murder, torture or sexual violence?”

The law’s critics cite the murder of Belfast lawyer Pat Finucane in 1989. Finucane was shot 14 times at his family home in front of his wife and children by loyalists, in an attack later found to have involved British state collusion. David Cameron was forced to apologise for his killing in 2012.

And, opponents claim, not only does the bill not explicitly rule out crimes like murder, torture or the use of sexual violence, it grants legal immunity to undercover agents working not just for MI5 – but for a wide variety of organisations beyond the security service or police – like HM Revenue & Customs, the Gambling Commission and the Food Standards Agency.

Querying why such agencies should be granted the same freedom to break the law as spies, Andrew Mitchell – the former Tory chief whip – said: “Parliament should be incredibly cautious in granting such powers in a free society and the executive must provide the strongest possible justification.”

So why did Starmer want Labour to abstain on the bill?

Frontbenchers have argued that the party intended to put down amendments and seek further explanation and assurances from the Government as the bill passes through the Commons – but that was evidently not enough to satisfy critics on the party’s left flank.

Writing in the Independent on Sunday, Nick Symonds-Thomas – the shadow home secretary – said that “security is the top priority” for Starmer.

Referencing the work done by undercover agents to “disrupt some of the most vile crimes imaginable”, Symonds-Thomas said that “it is vital that security services are able to get access to these gangs, in order to disrupt this activity, prevent further crime and bring people to justice.”

“Under the legislation,” he added, “these covert human intelligence sources would not be given a ‘blank cheque’. Instead, each instance of law breaking would be specific and need approval, while our law enforcement agencies will be held accountable for the proportionate and necessary use of the power.

“Such activity – the licence to commit a crime to prevent something far more serious occurring – has been happening for many years, but it has not been properly legislated for. This cannot be right, both for the public and the security services we charge with keeping us safe.

“This activity should be on a statutory footing. That’s why we accept the need for this bill and believe it should be allowed to progress to Committee Stage in the Commons.”

Labour’s main concern with the legislation, he wrote, was the lack of “clear limits and oversight”, adding that the party “will be pressing the government on robust safeguards”. That rhetoric was clearly not enough to satisfy the likes of Corbyn and Trickett.