Seven in ten now see the Lib Dems as the anti-Brexit party, with one in three Tory Remainers ready to jump ship. 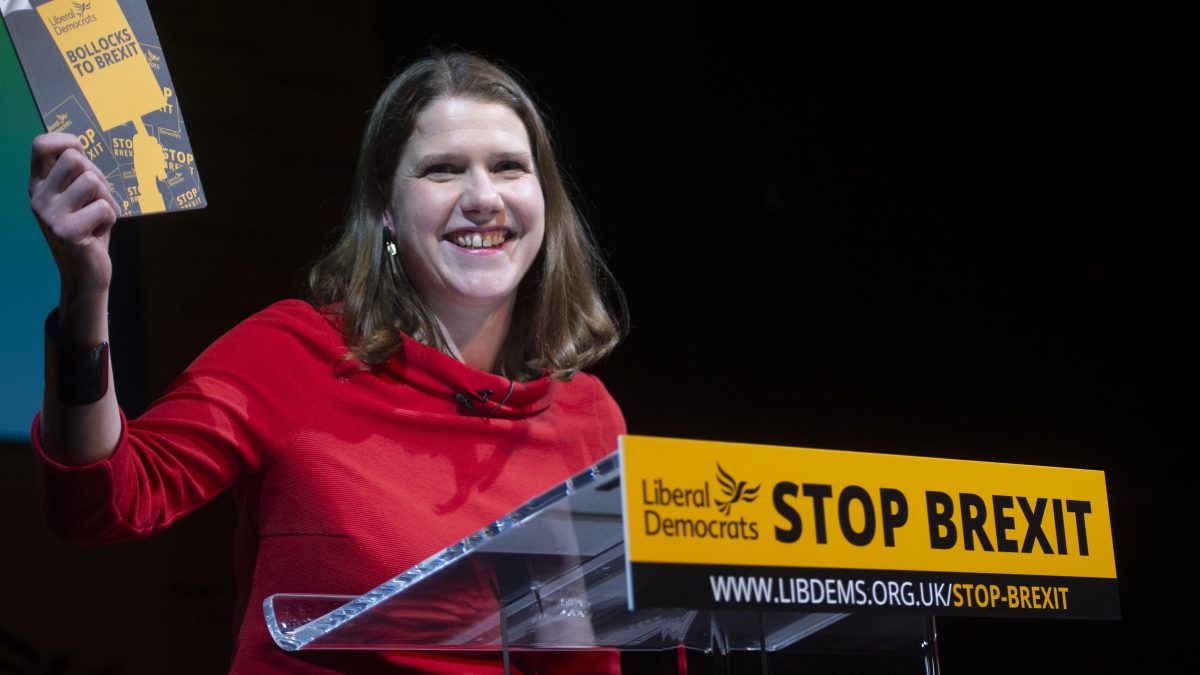 The Liberal Democrats are now seen as the main anti-Brexit party, according to new polling data.

A YouGov barometer shows there has been a 17 point increase in the number of people who recognise the Lib Dems as anti-Brexit since April, when the first study was conducted.

Seven in ten now say they are the party of Remain, with the SNP polling on similar figures.

That number increases to eight in ten among people who voted Remain in 2016, which is likely to enhance the party’s bid to win over disenfranchised voters in a future election.

Indeed, the trend is such that former Conservative voters could be rivalling Labour to Lib Dem switchers as the biggest source of new support.

Despite a great deal of confusion still existing over Jeremy Corbyn’s position on Brexit (three quarters remain unclear about the party’s Brexit policies) it seems Boris Johnson’s course is of bigger concern to voters.

That trend has been picked up in the YouGov analysis, which shows there has been a 15 point shift in the number of people who believe the Conservatives to be pro-Brexit.

At the same time the proportion of people believing the party to be anti-Brexit has fallen from 24 per cent to 12 per cent.

Crucially for the party, this shift is most pronounced among Leave voters and 2017 Conservative voters.

Back in April, Leave voters were substantially more likely to think the Tories were actually anti-Brexit (40 per cent) than pro-Brexit (23 per cent).

Those who had voted for the party in 2017 were likewise split 29 per cent/31 per cent on whether it supported or opposed Brexit.

For both groups those figure have swung firmly towards pro-Brexit.

In the case of 2017 Tory voters there has been a 27 point increase to 56 per cent, whereas among Leave voters there was been a twenty five point leap to 48 per cent.

Current Brexit Party voters are less likely to see the Tories as pro-Brexit at 34 per cent, although this figure has risen from 9 per cent in April.

At the same time, the proportion of Brexit Party voters who think the Conservatives are actively anti-Brexit has fallen from 65 per cent to 24 per cent.

This will come as good news to the Prime Minister, who has set out to convince those who backed Brexit in 2016 that he intends to deliver on the result of the referendum.

But it could leave a sizeable hole in their voter base come an election, when an increasingly fractious picture could emerge.