“The facts, as far as I see them, are that Jeremy Corbyn has shown a lifelong distaste for racism of any bent,” one said. 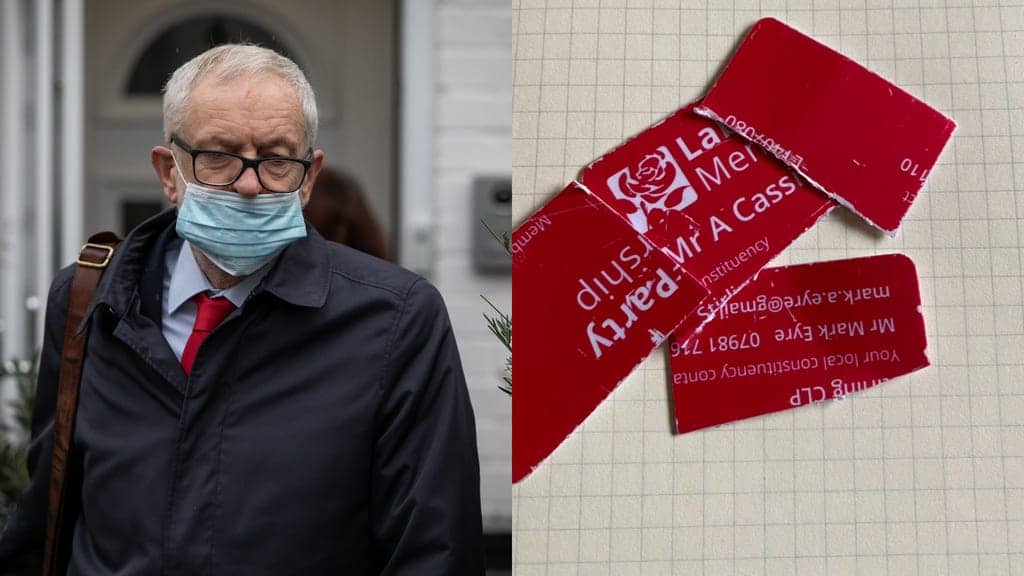 He was suspended after a damning report by the Equality and Human Rights Commission found the party was responsible for unlawful acts of harassment and discrimination.

Mr Corbyn rejected some of the report’s findings and claimed the issue had been “dramatically overstated for political reasons” by his critics – his comments led to Labour’s headquarters suspending him.

“A lifelong distaste for racism”

A number of Labour members announced on social media they would leave the party as a result of the decision, including Andrew Cassidy, 44, from near Glasgow.

“The facts, as far as I see them, are that Jeremy Corbyn has shown a lifelong distaste for racism of any bent,” the Labour member of 10 years told the PA news agency.

“Being pro-Palestinian is conflated as anti-Semitism, both by the mainstream media and, now, by Labour Party grandees,” Mr Cassidy said.

“I am proud to be anti-racist. I am proud of my socialist ideals and believe that only a culture of zero tolerance to racism of any stripe is an achievable goal.

“Sadly, a good man has been hung out to dry in order to distance (Sir Keir) Starmer’s Labour from the progressive, inclusive party that Corbyn aimed for.

“I stand with Jeremy Corbyn and have resigned my membership of UK Labour in protest against this abysmal decision.”

Meanwhile a GoFundMe, which had been set up in July to support Mr Corbyn in anticipation that legal action might be brought against him, has received thousands of pounds worth of donations since his suspension.

“It is a massive attack on the left by the new leadership and it should be immediately lifted in the interests of party unity,” Momentum co-chair Andrew Scattergood said.

But while some ripped up their memberships in protest, the news appeared to encourage others to consider joining the party again.

“I do want to rejoin (I never wanted to leave),” Elliot Cohen, 50, from Hertfordshire told PA.

“Corbyn’s suspension – and Starmer’s words since his election – are a good start, but I’m not going to rejoin until we see how the party does in implementing the changes demanded by EHRC.”

When asked what he wanted to see from Labour as a result of the report, Mr Cohen said: “Make the changes required swiftly and effectively – and demonstrate that it can now handle anti-Semitism properly by enforcing the process against those who breach the rules.”