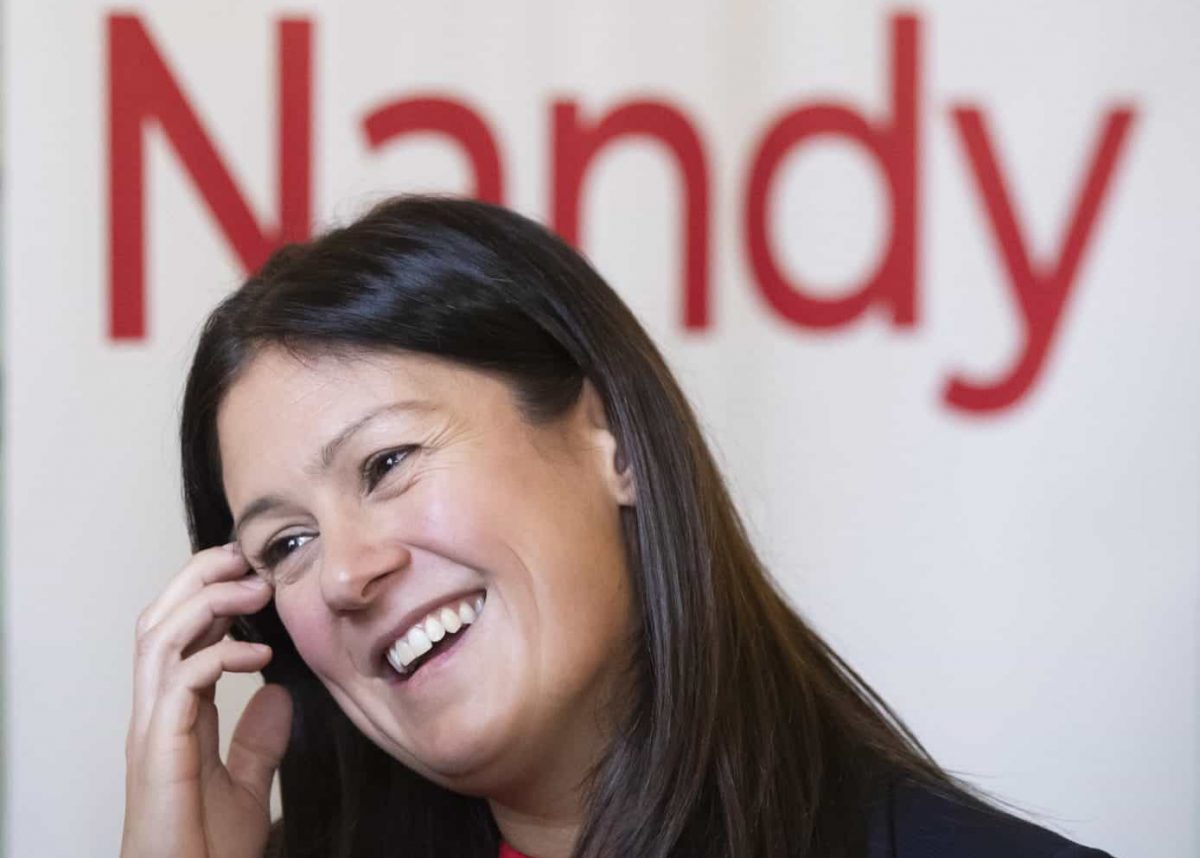 Labour leadership hopeful Lisa Nandy said the party under Jeremy Corbyn had become disconnected from its voters on issues including tackling crime.

She said the “top of the party” had become “deeply disconnected” from the grassroots.

Issues that “really matter to people”

Ms Nandy said Labour had to be “loud and clear” in showing that it understood the issues that “really matter to people”.

She also defended her stance on trans rights, backing a “tough pledge” which calls on the party to expel “transphobic” members and describes campaigns including Woman’s Place UK as “trans-exclusionist hate groups”.

The Wigan MP said Labour had largely ignored the issue of crime beyond talking about the scale of cuts to the police.

“We just barely talked about crime over the last few years and particularly during the general election, and it was extraordinary because in every part of this country this is the thing that is keeping people awake at night, that is destroying lives and destroying communities,” she told BBC Radio 4’s Today programme.

She accused Home Secretary Priti Patel of “chasing headlines” by advocating ever-tougher sentences without reforming prisons and said the issue of the criminal justice system should be natural territory for Labour.

“The fact that we weren’t talking about it I think shows how deeply disconnected the top of the party has become from our grassroots,” she said.

“Labour has to become that party again that understands the issues that really matter to people and is speaking about them loud and clear.”

The Labour leadership race has descended into a row over trans rights in recent days.

She told Today: “It’s a very tough pledge but it’s important that we are tough.”

Woman’s Place UK – which believes that women need reserved places, separate spaces and distinct services – has said it is “extremely concerned by the scurrilous mischaracterisation” of its campaign.

But Ms Nandy said that “safe spaces” for women should include trans women.

“If you start from the position – as I do – that trans women are women, then the way you resolve that issue is not to pit women against other women, it is to have policies in your hostels that make sure that you don’t admit people who are trying to do harm to people who are already there.”

Ms Thornberry said she signed the pledge but voiced concern over the term “hate group”.

She said that to offer support to the trans community “we mustn’t shout people down and we mustn’t call people ‘hate groups’”.

“The fight to protect women and girls, and the fight to support trans people are not opposed – they are the same fight and we must do it together,” she said.

Ms Long-Bailey urged people to sign the pledge “to show your support for the trans and non-binary community, for whom the Labour Party should always be a safe space”.

Leadership frontrunner Sir Keir Starmer has not signed the pledge, but has stated that “trans rights are human rights”.

At a BBC Newsnight hustings on Wednesday night, divisions over anti-Semitism were again laid bare.

During a tense moment in a Labour leadership debate, the shadow foreign secretary said she and Sir Keir had called for the shadow cabinet to be more involved in tackling the party’s anti-Semitism problem.

But they jointly rowed back on scrapping private schools and introducing a four-day week, two other controversial policies put forward during Mr Corbyn’s leadership.