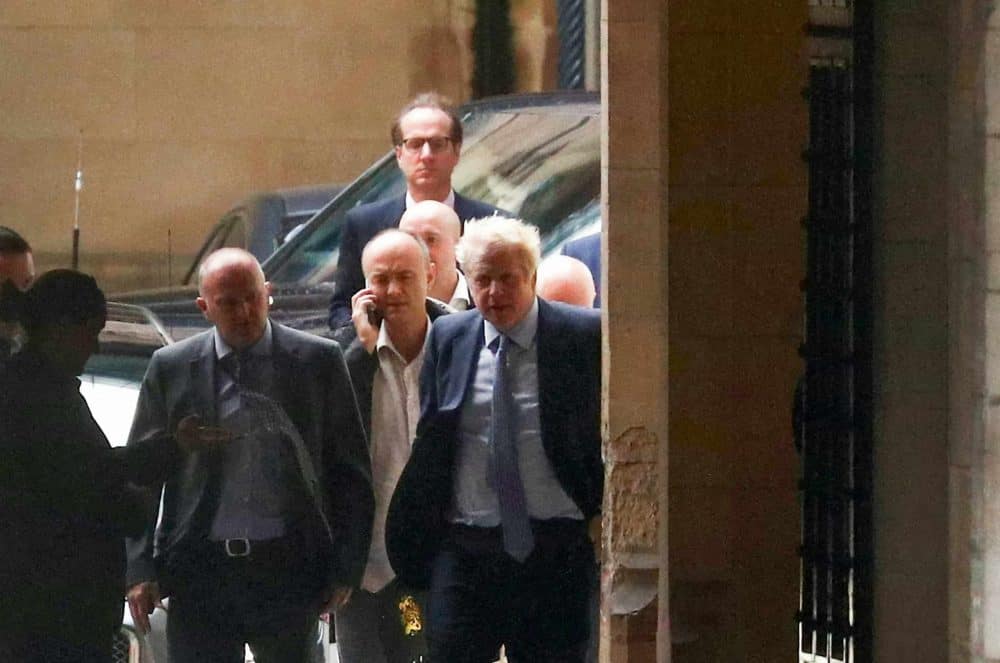 UPDATE: The UK is on course for a December general election after Labour announced its conditions to back the move had been met.

Yet former Chancellor of the Exchequer Philip Hammond sounded a note of caution about the Prime Minister’s motives for continuously demanding a December 12 General Election.

Philip Hammond accused the PM of halting the passage of Brexit through Parliament when there was plenty of time to pass a Withdrawal Agreement Bill this autumn, and seeking an election instead to pursue his own agenda.

Johnson’s former cabinet colleague accused the PM of choosing to create a narrative that Parliament was stopping Brexit when it was him choosing to hold an election rather than allow Parliament to debate his Withdrawal Agreement.

When Boris Johnson again failed to persuade enough MPs to vote for an election on Monday night, he insisted his Brexit deal was now off the table and MPs would not get a chance to debate it any more.

His former Tory colleague Philip Hammond said MPs were prepared to vote for the Withdrawal Agreement Bill, but had been asking for enough time to debate it properly.

Hammond, who voted for both Withdrawal Agreements, yet was stripped of the Tory party whip for voting to rule out a no-deal Brexit, told the BBC’s Today programme:

“To get rid of a cohort of MPs it regards as not robust enough on this issue and then replace them with hardliners.”

He added: “The idea that now we would use our precious time to halt all of this process for five or six weeks and go out and have a general election frankly appals me.

“I think the Government is trying to create a narrative that Parliament is blocking Brexit and therefore we need an election.

“But, that is simply untrue.”

Philip Hammond added: “This is a piece of blatant entryism to change what the Conservative party is about.” He cited this tweet last night from Arron Banks, the former Ukip donor and founder of the Leave.EU campaign as evidence of what was happening to his former party.

Explaining how Boris Johnson had halted the progress of his own Withdrawal Agreement through Parliament, Hammond, now an independent MP for Runnymede and Weybridge, explained:

“Last week when parliament voted for the second reading of the bill to pass Boris Johnson’s deal, the Prime Minister said he was joyful at that result.

“And if he had pressed on then with a sensible timetable motion, say allowing the Commons five days to consider the bill, it would be out by now and into the House of Lords and we would be well on our way to being able to leave the European Union by the end of November, perhaps earlier.

“But because he insisted that it all had to be done by the 31 October, something we now know can’t happen, it has been the Government itself blocking Brexit.”

‘The Government itself blocking Brexit’

Other former Tory MPs who had been stripped of the Tory whip by Boris Johnson for trying to stop Britain leaving the EU with no deal, yet had mainly voted for both Withdrawal Deals put to Parliament appeared to confirm this.

A source close to the 21 former Tory MPs told the Press Association: “Claims from No 10 that discussions with the 21 re the WAB suggested there was not sufficient support to progress, are untrue.”

The source said 17 of the 21 ex-Tories voted for the Bill at Second Reading, adding that all of those would support a sensible programme motion of around four days in committee.

The source said: “Parliament has given a clear indication to proceed with the Bill, albeit at a slightly slower pace. No 10 are attempting to justify the election they crave, by blaming those who want a sensible solution.”

The Government fell 135 votes short of the 434 required to get an election under the Fixed Term Parliamentary Act (FTPA) on Monday.

EU leaders had earlier confirmed they would extend the UK’s withdrawal date to January 31, in line with the request the PM was forced to make under the terms of the so-called Benn Act.

The UK is on course for a December general election after Labour announced its conditions to back the move had been met.

Jeremy Corbyn told his shadow cabinet Labour would launch the “most ambitious and radical campaign for real change our country has ever seen” now a no-deal Brexit was “off the table”.

It comes ahead of another Government bid to convince MPs to back a poll on December 12.

Jeremy Corbyn warned that Labour – who abstained on the FTPA motion – would want to scrutinise whatever the Government put forward.

Fears remain that a no deal could be forced through and there are concerns a December election could put off voters. The Labour Party Leader said the December 12 date the PM is insisting on would disenfranchise many students who would be returning home from University then.

The SNP’s Westminster leader, Ian Blackford, said they would need a “cast-iron guarantee” that the PM would not try to bring back his deal to Parliament.

Commons Speaker John Bercow said opposition MPs would have the ability to table amendments to the Bill on Tuesday.

Government sources had suggested the proposed Lib Dem-SNP timetable – which would mean Parliament would have to be dissolved at one minute past midnight on Friday morning, was too tight to deliver.

Boris Johnson faces more resistance from Liberal Democrats and SNP as well as Labour insisting they are not prepared to accept his preferred date.

They have previously signalled support for a poll on December 9, but could put forward a proposal for an election on December 11 – which the Government is likely to accept.

A Number 10 source said: “If there’s an amendment to the 11th we could accept.”

However, Umunna signalled the Lib Dems could be flexible over their own preferred election date of December 9.

He said: “We will see what else they come forward with. We have got to break the gridlock.”

He added: “We are not prepared to accept the 12th. If you have the 12th, it presents an opportunity for the Government to try and get their Withdrawal Agreement Bill through.

“We know that they have a record of going back on their promises and breaking the law, so we cannot trust them on that.”

Pressed on whether December 9 would be more acceptable than December 12, shadow international trade secretary Barry Gardiner told the programme: “It certainly would.”

The PM failed on Monday to get the two-thirds majority needed to secure an election under the Fixed-Term Parliaments Act (FTPA), but was planning on a fresh attempt a day later.

The anticipated short Bill setting aside the FTPA would instead require the support of a simple majority of MPs and is expected to be hurried through all Commons stages in a single day.

One reason opposition parties favoured going to the public on December 9 is because they believe it would prevent the Withdrawal Agreement Bill (WAB) being passed.

But Commons Leader Jacob Rees-Mogg attempted to win them over by confirming that the Bill to implement the PM’s new deal would not be brought back before MPs.

The WAB was put on hold last week after Mr Johnson failed in his attempt to fast-track it through the Commons in just three days.