Labour leader Jeremy Corbyn accused the PM of having ‘no shame in defending bullying’ in his Government. 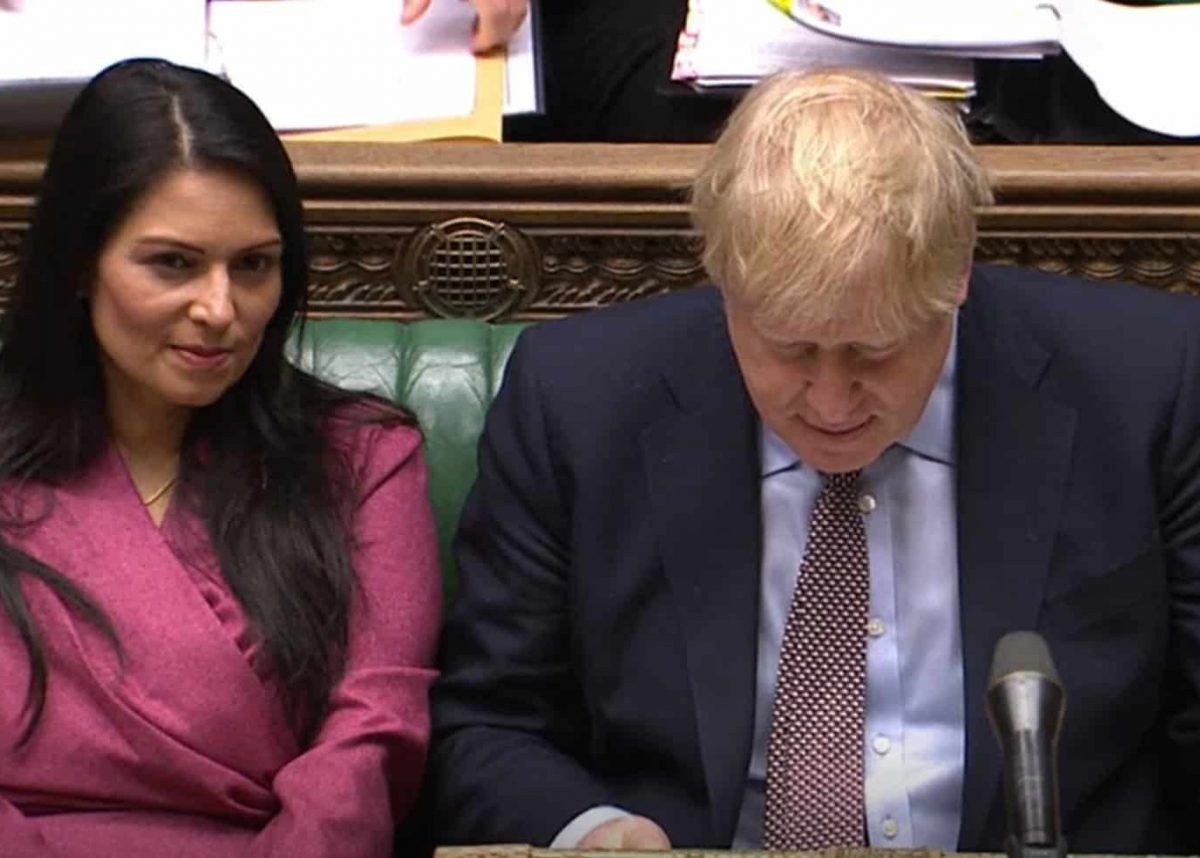 Boris Johnson has failed to confirm if he knew bullying allegations had been levelled against Priti Patel before appointing her as Home Secretary.

Labour leader Jeremy Corbyn accused the PM of having “no shame in defending bullying” in his Government as he pushed for an independent investigation into the conduct of Ms Patel.

Mr Corbyn said the latest allegations that Ms Patel bullied staff in a third government department would suggest a “shocking and unacceptable pattern of behaviour” if they were found to be true.

Mr Johnson offered his support to Ms Patel, who was sat on the Government front bench for Prime Minister’s Questions, before attacking Labour for its handling of bullying claims.

Sir Philip Rutnam quit as the top official in the Home Office at the weekend and accused Ms Patel of bullying subordinates.

Reports also suggested a former aide at the Department for Work and Pensions received a £25,000 payout after claiming she was bullied by Ms Patel, while further allegations emerged from her time in the Department for International Development.

Her spokesman said she “categorically denies all of these allegations”.

Speaking in the Commons, the PM said an investigation was taking place into the conduct of Ms Patel, before insisting she is “keeping this country safe”.

Mr Corbyn urged him to release the findings of any investigation, adding: “A Government cannot be judge and jury over its own conduct. There has to be an independent element to that investigation.

“Overnight, further allegations have emerged that the Home Secretary repeatedly harassed and humiliated her private secretary while she ran the Department for International Development.

“If this is true, this suggests a shocking and unacceptable pattern of behaviour across three government departments – on each occasion, tens of thousands of pounds of hard-earned taxpayers’ money has been spaffed up the wall to buy their silence.

“Was the Prime Minister aware of these allegations? And if he was, why did he appoint her?”

Mr Johnson replied: “The Home Secretary is doing an outstanding job, I have every confidence in her. If there are allegations, of course it’s right they should be properly investigated by the Cabinet Office and that is what is happening.”

He added he would “take no lessons about bullying” from the leader of a party where “female MPs were bullied so badly in the manner of anti-Semitism they actually left the party”.

Mr Corbyn countered: “The Prime Minister said ‘if there are allegations’ – is he completely unaware of all the allegations that have been made in the last few days?

“Is he completely unaware of the resignation of a permanent secretary because of his treatment by the Home Secretary?

“We have a part-time Prime Minister who barely turns up but is determined to cover up for bullies in his Government.

“When his Home Secretary has been accused of repeated bullying and harassment, leading to hard-working staff attempting suicide by overdose, he gave her his full support.

“How can the people of this country have faith in a Prime Minister who can’t be bothered to turn up, and when he does has no shame in defending bullying in his own Government?”

Mr Johnson replied: “That is a question from a full-time neo-Marxist who has failed to stamp out bullying in his own party.”

He went on to defend the Government’s record since the December election.