The Lib Dem leader said the so-called bedroom tax was not ‘the right policy and we should have stopped it’. 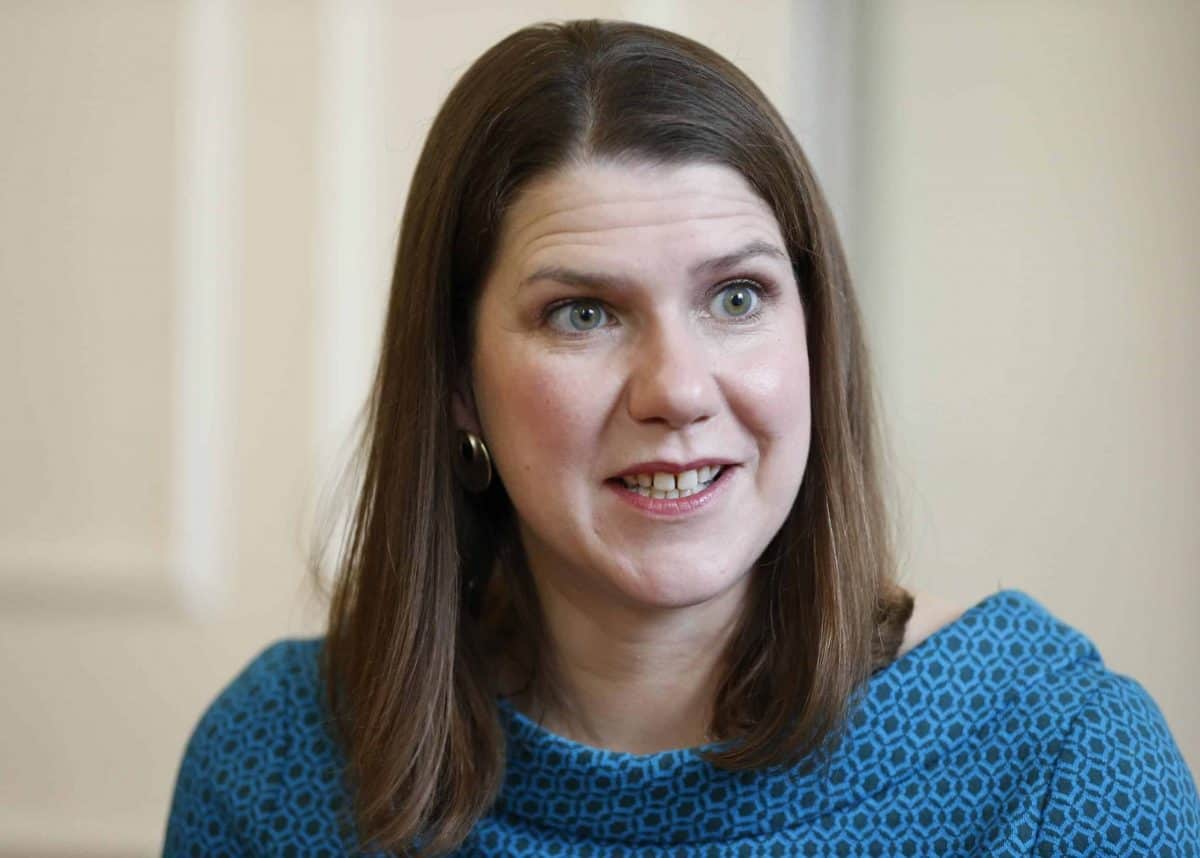 Liberal Democrat leader Jo Swinson has apologised for welfare cuts the party backed when it was in power with the Tories.

Ms Swinson, who was a minister in the coalition government, said cuts had gone too far.

She told BBC One’s The Andrew Neil Interviews: “Clearly too much was cut.

“Clearly not enough was raised from taxation.

“Some cuts were necessary, but the shape of those cuts and certainly the balance between cuts and tax rises, I don’t think was the right balance.”

Asked if she would apologise for supporting the so-called bedroom tax in the Tory-Lib Dem coalition, Ms Swinson said: “Yes, I am sorry that I did that. It was not the right policy and we should have stopped it.

“And our manifesto makes clear that that should be scrapped.”

Ms Swinson added: “I am sorry about that. It was one of the things that we did get wrong.

“We did spend five years in a coalition government where clearly we didn’t win every battle against the Conservatives.

“There are many things that I am very proud of and where we made a difference, but of course there are things where we didn’t win those battles, and I am sorry about that.”

Ms Swinson insisted that neither Jeremy Corbyn nor Boris Johnson was fit to be prime minister, but the Lib Dems would support a push for a so-called “people’s vote” on EU membership in a hung Parliament.

Asked if the Lib Dems would prop up a Corbyn-led government for six months in order to allow time for a new Brexit referendum, Ms Swinson said: Jeremy Corbyn and Boris Johnson, neither of them are fit to be prime minister.

“I will vote for legislation to pass a people’s vote, of course I will, and I would have done that under the previous Conservative government, just as I would do it under any other government.

“I am not going to put Jeremy Corbyn into Number 10, but if a government of any colour puts down a Bill in Parliament to have a people’s vote, then we will support having a people’s vote to put a specific Brexit deal to the people with the option of remaining in the EU.”

Ms Swinson added: “Will I vote for legislation on a people’s vote? Yes.

“If Boris Johnson or Jeremy Corbyn don’t win a majority at this election then there is no guarantee that they are still going to be the ones that are leading their parties a week afterwards.

“So, Liberal Democrats will work to stop Brexit. We will support legislation that puts in place a people’s vote and we will work across parties.”

Ms Swinson said that no-one knows Mr Corbyn’s stance on Brexit, stating: “None of us know what Mr Corbyn is really is proposing because he is offering everybody a free pony, frankly.”

Questioned on why voters seemed to like her less the more they got to know her, Ms Swinson said: “I don’t know the answer to that question.

“I have seen some polls that say something slightly differently to that. At the end of the day, I am going to stand for what I believe in. And there will be people who dislike that.”