Many Conservative MPs have vowed to sink their own government if the country was heading for a ruinous no-deal Brexit, which would result in a general election. 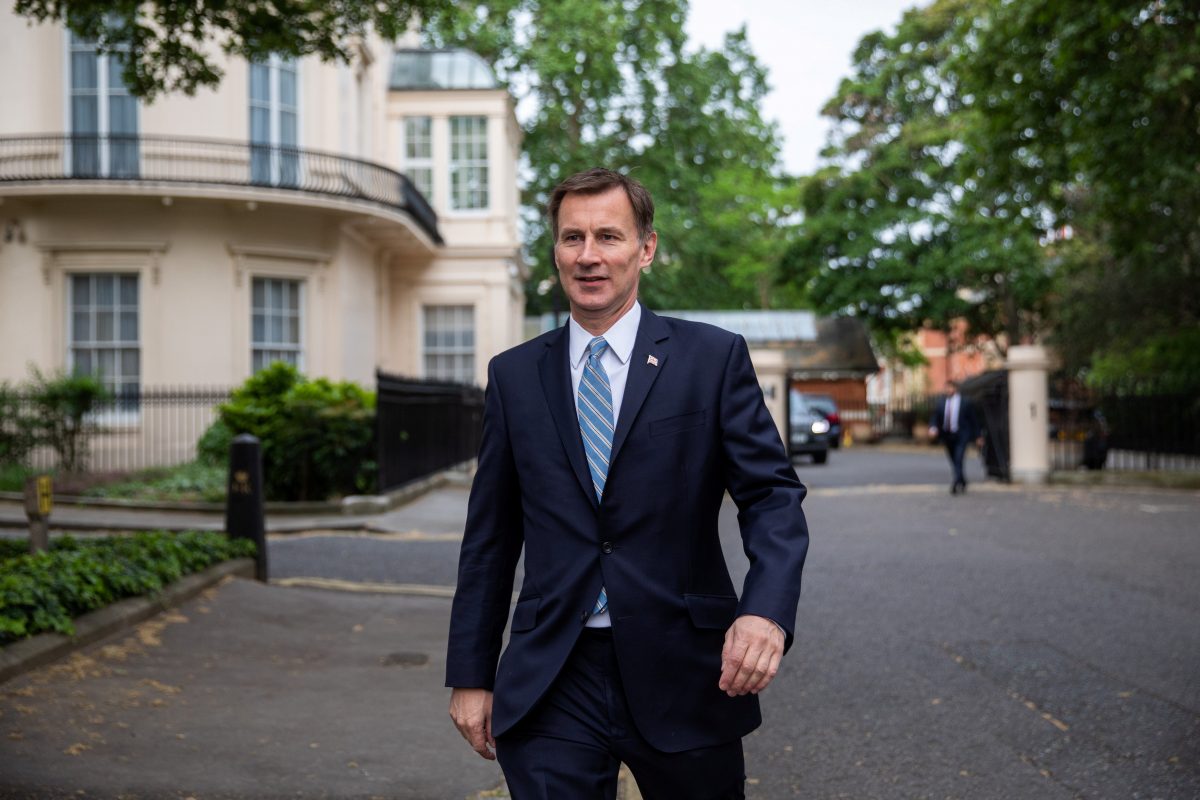 “On the question of debates, he is being a coward,” Foreign Secretary Hunt said about his predecessor in the post. “It is cowardice not to appear in head-to-head debates.”

The candidates to be Britain’s next PM have been whittled down to two by Tory MPs and it is now up to the party’s 160,000 members to decide whether the Foreign Secretary during the Brexit negotiations or the current one will be Britain’s PM.

Hunt, 52, said it was disrespectful for Johnson to have turned down the opportunity for a televised head-to-head debate on Sky television.

Among the questions Hunt said Boris Johnson was avoiding before postal ballots arrive with Tory members is how exactly he would deliver Brexit before the end of October.

Jeremy Hunt insisted he would be the likeliest to get the EU to renegotiate the flawed Withdrawal Agreement many on all sides of the Brexit debate have attacked. – Even though the EU have repeatedly warned Britain they would not renogtiate it.

Hunt added that Johnson’s insistence of leaving with or without a deal by the end of October was unrealistic – as there is no majority in parliament for an outcome that would jeopardise the UK economy and jobs for many years to come.

If Johnson pursues such a course, he would risk a general election that would see Jeremy Corbyn in Number 10, Hunt told BBC Radio 4’s Today Programme.

Hunt insisted that he would avoid a general election that Conservatives may lose at all costs and challenged Boris Johnson to avoid one by not guaranteeing Brexit deal or no deal by October.

Among the questions Boris Johnson may face in a televised debate are the advise he has been receiving from far right activist Steve Bannon that emerged on the weekend depsite his previous denials of a relationship.

Johnson also faces questions about why three different people were concerned enough to call the police on Friday after hearing screams from the flat he was in with his girlfriend.

Police said there was no cause for police action, though neighbours reported loud screaming, crashing and a woman shouting “get off me.”

Hunt said the personal life of Johnson was irrelevant but that the candidates should explain their Brexit positions – and specifically what would a new leader do if MPs tried to sink a new government heading towards a no-deal Brexit.

Many Conservative MPs have vowed to sink their own government if the country was heading to such a ruinous situation, which would result in a general election.

US and Iran could head for “accidental war” warns Jeremy Hunt

Britain does not think either the United States or Iran want a war but is very concerned an accidental war could be triggered, Foreign Secretary Jeremy Hunt also on Monday.

Revealtions emerged that Trump cancelled an order for retailatory strikes on Iran after a US drone was shot down – with only minutes to spare.

“We have been doing everything we can to de-escalate the situation,” Hunt said.

Boris Johnson has avoided questions on his contradictory comments in the past about taking the Class A drug cocaine in his youth.