It comes after a NAO report revealed fast-track VIP lanes had been set up to allow little-known companies with political contracts to win lucrative PPE deals. 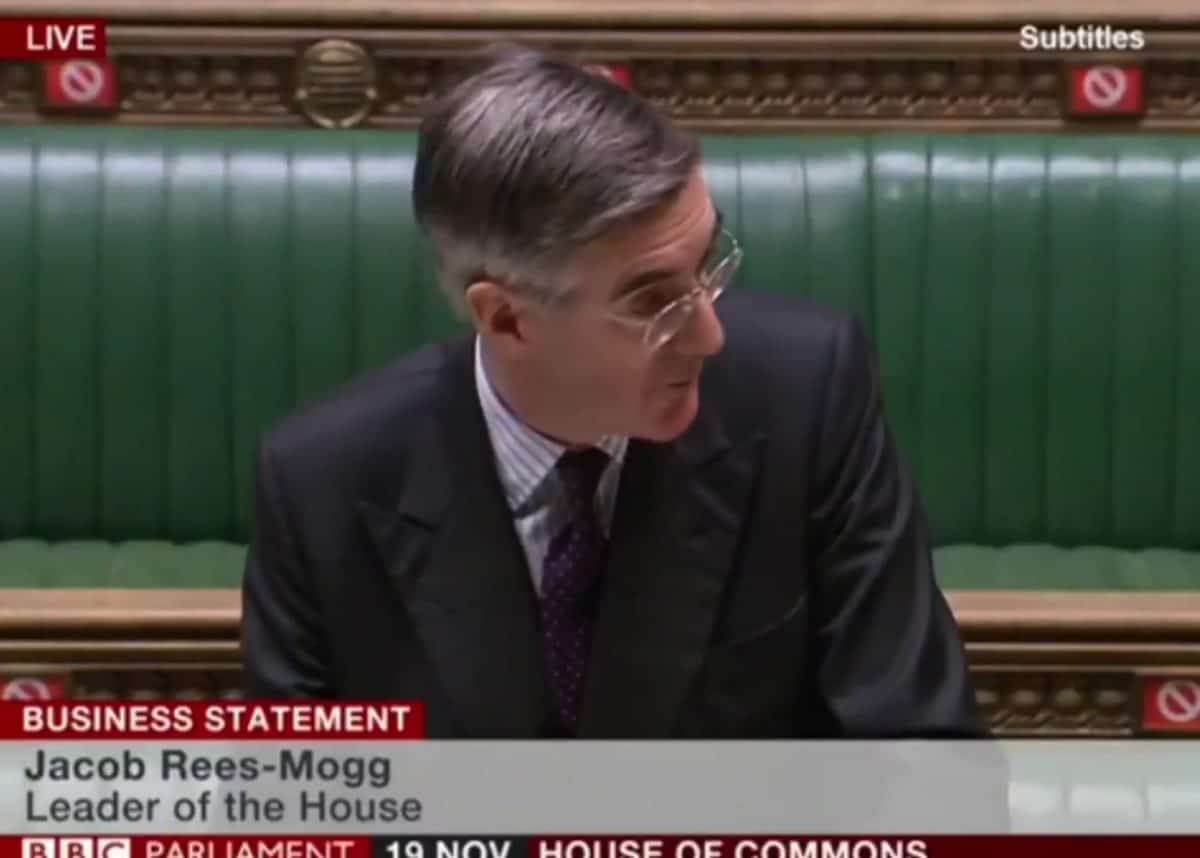 Jacob Rees-Mogg struggled to bat off questions on cronyism once again this week after he was challenged on procurement processes by his counterpart, Valerie Vaz.

The Shadow Leader of the House of Commons jumped on a report by the National Audit Office which found Ministers set aside normal standards of transparency as they scrambled to secure £18 billion of supplies and services in response to the coronavirus crisis.

It was revealed that fast-track VIP lanes were set up to allow little-known companies with political contacts to win lucrative PPE deals, seemingly confirming allegations that an environment of ‘chumocracy’ had been embedded within parliament.

Last week Vaz told her opposite number, Rees-Mogg that an online map called ‘My Little Crony’ showing the web of connections between the Conservatives and private companies was ‘well worth a look’.

The map shows how much of the government’s spending during the crisis has been on a ‘knows best’ basis, rather than seeking out the best people for the job.

Yorkshire Post editor James Mitchinson tweeted out a query from a company who had been snubbed during the procurement process for no reason.

I feel a deep sense of responsibility for not being able to figure out what was going on when this person contacted me in April looking for reasons as to why she and others like her were not allowed to supply perfectly good – life-saving – PPE. Answers emerging now, it seems. pic.twitter.com/bgcSBRnRFT

The NAO report, released yesterday, seems to unveil why.

Pushed on the findings in the House of Commons Rees-Mogg said it was impossible to follow usual processes owing the immediate demand of protective equipment.

Valerie Vaz – JRM said the govt will have turned out to have behaved impeccably on procurement… has he read the NAO report on procurement?

Jacob Rees-Mogg – If we had followed the rules then we wouldn't have been getting any additional PPE until October.. pic.twitter.com/e86tJwnZVP