Supporters brandished signs which read “stand with Ilhan” and “stop racism now” as they welcomed her home. 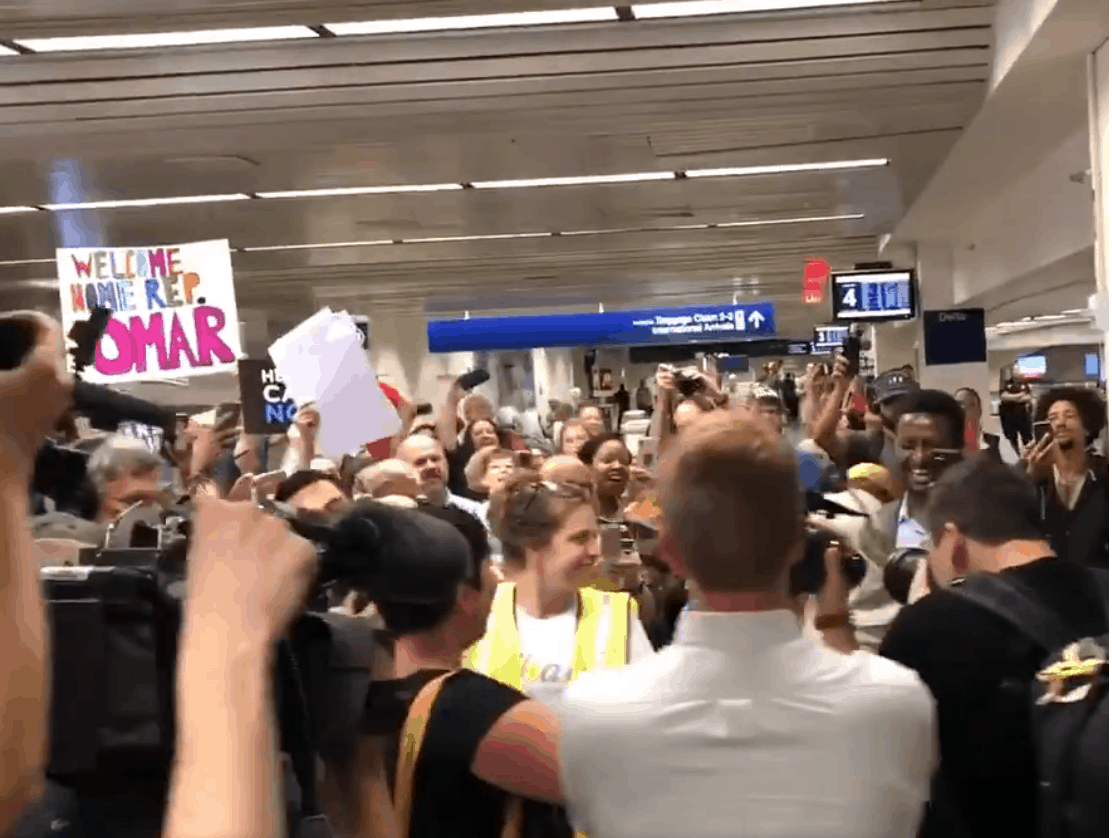 Ilhan Omar was greeted with cheers of support at Minneapolis International Airport as she returned to her home district.

Supporters brandished signs which read “stand with Ilhan”, “welcome home” and “stop racism now” just a day after Donald Trump supporters chanted “send her back” as the president took aim at the Congresswoman.

The Somali-born lawmaker said she was not deterred or frightened of the US leader and told those gathered to see her: “We are going to continue to be a nightmare to this president because his policies are a nightmare to us.”

The heartfelt reception has gone viral on social media, with one post garnering hundreds of thousands of interactions as people stand in solidarity with Omar.

It comes after chants broke out at a rally for Mr Trump as he doubled down on a series of widely criticised tweets in which he said four Democratic congresswomen – including Ms Omar –  could “go back and help fix the totally broken and crime infested places from which they came”.

Ms Omar responded to the incident by quoting the Maya Angelou poem Still I Rise.

Congresswoman Omar just arrived back in the Twin Cities. pic.twitter.com/ZiFqWnDJgQ