As Iain Duncan Smith illustrated so enthusiastically, this lot are literally capable of anything to get up your nose. 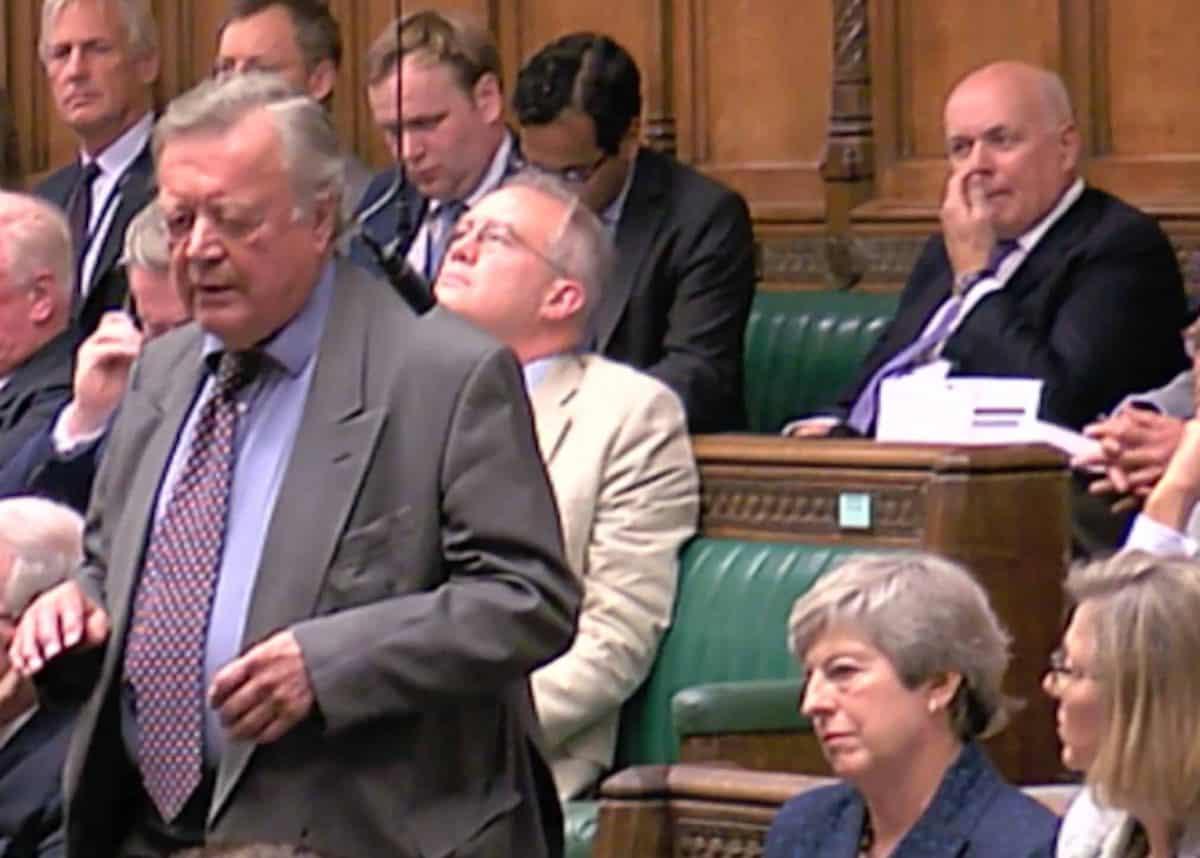 Iain Duncan-Smith rummaging around in his nose

He has been a bogeyman for the sick, disabled and elderly. For society’s most vulnerable. Many of whom still demand an inquiry into the multi-million debacle of work assessments and the suffering they caused.

But since resigning as Work and Pensions Secretary, Iain Duncan Smith appears to have kept his nose clean.

Until yesterday’s emergency Brexit debate that is. MPs picked apart Boris Johnson’s claims that he was about to secure a deal with the EU and voted to start legislation to stop the UK falling out of the EU with no-deal.

Meanwhile the Brexit-trumpeting Tory enjoyed 15 seconds of fame – or perhaps nose-teriety for this epic shnozz-bothering during his rather less Eurosceptic colleague Ken Clarke’s much-lauded speech.

While the Father of the House was making a mockery of the Prime Minister’s inability to come up with an alternative to the Backstop, Iain Duncan Sniff was sat behind having a beak-stop.

“The PM’s extraordinary knock-about performance today merely confirms his obvious strategy: To set conditions which make no-deal inevitable. To make sure that as much blame as possible is attached to the EU and this House. And then as quickly as he can, fight a flag waving election before the consequences of no-deal would be too obvious to the public,” explained Tory grandee Ken Clarke.

The government’s own leaked warning papers confirm the consequences of a no-deal Brexit include fresh food shortages. The beak-bothering backbench Brexiteer appeared to illustrate the Father of the House’s pertinent point by picking out a bogey and popping it in his gob. In Parliament.

After Clarke and 20 of his colleagues were sacked for defying their party whip to assure Parliament control over whether Britain crashes out of the EU with no deal, the 71-year-old parliamentary veteran complained that he didn’t recognise his party any more.

And that was before he’d seen this footage.

“It’s been taken over by a rather knockabout sort of character, who’s got this bizarre crash-it-through philosophy… But he’s dug himself in, he assumes he’s going to get no deal. Because he can’t get the right wing of the Conservative Party, many of them now stuck in his Cabinet, to agree to it.”

“The physical embodiment of arrogance, entitlement, disrespect and contempt for our parliament”

While Duncan Smith is in trouble for digging for nose-gold, his colleagues have kindly been trying to outdo him with ill-manners.

When Labour MP Anna Turley was appalled at “the physical embodiment of arrogance, entitlement, disrespect and contempt for our parliament” – it wasn’t Iain Duncan’s Sniff that got her nose out of joint – it was living arrogance and entitlement anachronism, Jacob Rees-Mogg who angered parliamentary colleagues by physically expressing his contempt for their democratic chamber with this pose born of 5,000 years of upper-class in-breeding.

The Leader of The Commons’ arrogance in the chamber was later said by his colleagues to have swayed at least four wavering Tory rebels to vote against their government.

Never one to be outdone when it comes to offence and charmlessness, Boris Johnson has been bellowing at MPs ever since, saying “shit” in Parliament and calling Her Majesty’s Leader of the Opposition Jeremy Corbyn a “chlorinated chicken” and a “girl’s blouse” at Prime Minister’s Questions – where he totally ignored the answering questions tradition.

Johnson also refused to apologise for calling Muslim women “bank robbers and letterboxes” when asked to at PMQs, or confirm if he was going to keep his TV leadership debate promise to allow an independent inquiry into Conservative Party islamophobia.

Bojo has been called “staggeringly hypocritical” for sacking 21 Tory MPs for defying the Tory whip to stop the havoc of a no-deal Brexit as Johnson, despite his protests, is clearly not even trying for one. – He sacked the MPs for voting with their consciences despite eight members of his cabinet having defied the Tory whip just in the past year.

In the topsy-turvy Bojo-led “Brexit Party rebadged” literally any behaviour is possible, from barefaced lying to MPs and the public, to louche slouching and probing your proboscis for protein during an emergency debate on a national crisis.

But as Iain Duncan Smith illustrated so enthusiastically, this lot are literally capable of anything to get up your nose.