The Westminster wall of opposition to a referendum has started to crumble - an SNP whitewash in the 2021 elections "would have to lead to a referendum". 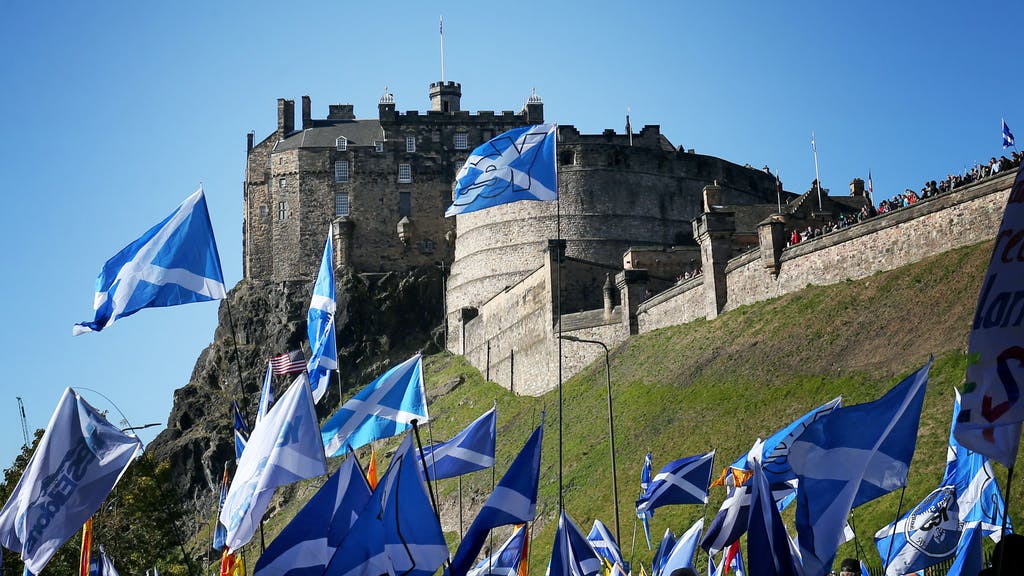 A fresh independence referendum would return a significant majority for the ‘yes’ camp, new Ipsos MORI polling has found, with more Scots in favour of break than ever.

Respondents to the survey, conducted for STV, found that 58 per cent of voters would vote out in a fresh independence referendum, while just 42 per cent would vote to remain as part of the United Kingdom.

The poll also found that almost two thirds (64 per cent) of Scots said that the UK Government should allow another independence referendum to be held within the next five years if the SNP wins a majority of seats in the 2021 Scottish Parliament elections.

The end of the UK? Highest EVER recorded support for independence in Scotland (58%) pic.twitter.com/7Cengc1pfD

First Minister Nicola Sturgeon will be buoyed by the results after it was found 72 per cent of the Scottish public saying they are satisfied with the job she is doing.

24 per cent of Scots were dissatisfied with Ms Sturgeon’s performance – giving her a “net” satisfaction rating of 49 per cent.

By comparison, three quarters (76 per cent) of Scots are dissatisfied with the way Boris Johnson is doing his job as Prime Minister – the lowest ratings Ipsos MORI has ever recorded for him in Scotland – while 19 per cent are satisfied with him.

Sir Keir Starmer is the only party leader other than Nicola Sturgeon to receive a positive net satisfaction rating from the Scottish public (16 per cent).

Commenting on the poll, SNP Depute Leader Keith Brown told The Scotsman: “This is a landmark poll which shows that independence has now become the settled will of the majority of people in Scotland.

“Faced with the chaotic and incompetent government of Boris Johnson and a Westminster system which treats Scotland as an afterthought at best, more and more people are deciding that the best way forward for Scotland is as an equal, independent country.

“And if there is a clear majority for pro-independence, pro-referendum parties in next year’s election – as this poll shows there would be by some considerable margin – then no Tory or any UK Government has the right to stand in the way.

“Quite simply, in those circumstances, the Tories would lack any moral or democratic authority whatsoever to try and block the will of the people, and it would not stand.

Wall of opposition to referendum “crumbling”

“Already, the Westminster wall of opposition to a referendum has started to crumble, with private acknowledgement that a result like this in next year’s election would have to lead to a referendum, and this poll will only solidify that growing view.

“The poll also shows strong support for the outstanding leadership of First Minister Nicola Sturgeon, both among SNP supporters and the public as a whole, as she leads the country through the unprecedented crisis caused by the pandemic.

“The SNP takes absolutely nothing for granted and we will redouble our efforts between now and next year’s election to retain the trust of the people. But it is clearer than ever that Scotland’s future lies as an independent country.”