The PM's dad was snapped on the Bakerloo Line with his face covering pulled down. 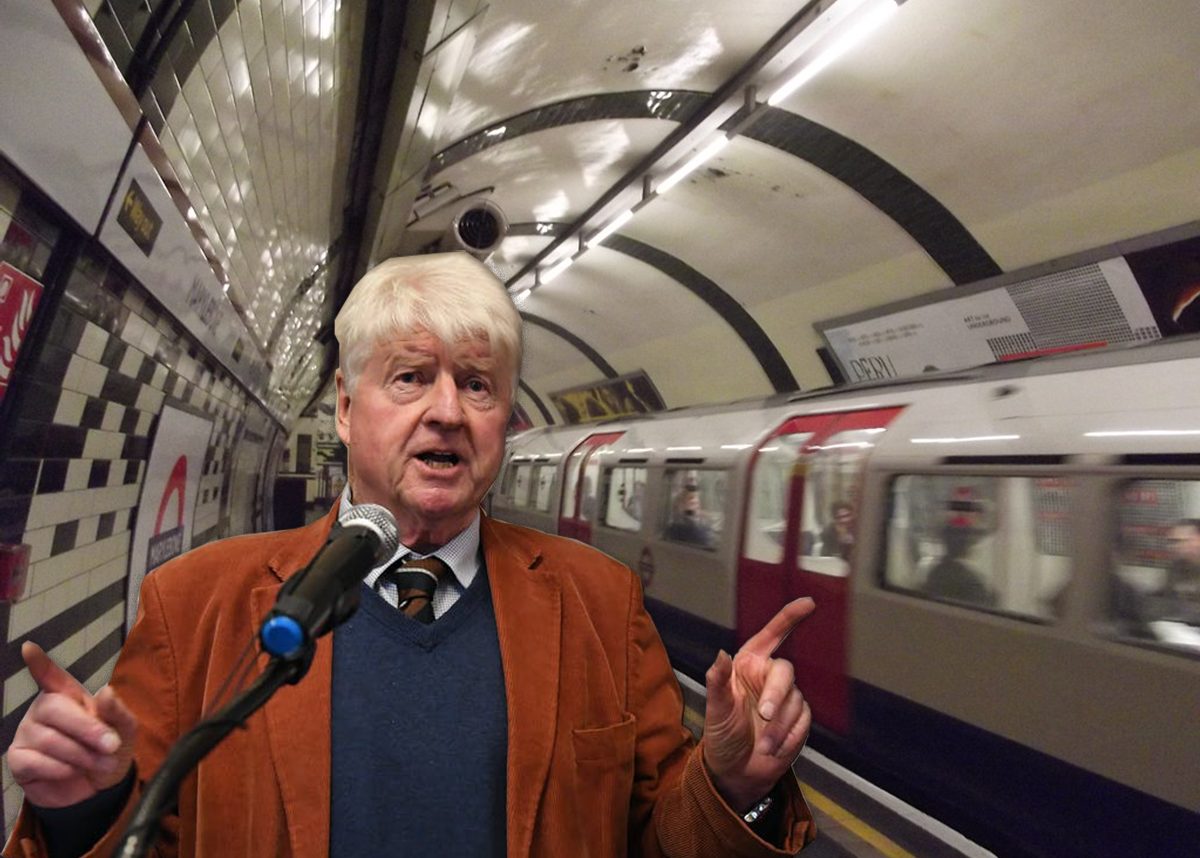 Stanley Johnson showed his flagrant disregard for the rules once again today after he was snapped with his mask down on the London Underground.

The Prime Minister’s father, who came a cropper after he was caught shopping without a mask and sitting in an airport lounge with his face covering lowered in the same week, has once again been caught out as he travelled on the tube.

Stanley Johnson was at it again this morning.

Although the picture was taken at an outside station and there did not appear to be anyone within two metres of him, rules state he could still face a £200 fine.

Transport for London says masks must be worn for “the full duration of journeys on the public transport network” and must cover the face and nose.

These fines double with each infringement, up to a total of £6,400.

After Stanley was first caught without a face covering he claimed he didn’t “fully understand” the rules, adding:

“I’m extremely sorry for the slip up and I would urge absolutely everybody to do everything they can to make sure they do follow the rules about masks and social distancing.”

The reaction at the time was far from complementary. We picked out a few of the best below:

I can confirm that my father Stanley Johnson has now been fined for not wearing a mask. I phoned him personally and said “it’s fine”. pic.twitter.com/WsaeYVqV0i

Stanley Johnson’s excuse for not wearing a mask in shops was he’d been abroad for three weeks and “didn’t know the rules”.

If only there was someone in his family who could have kept him up to speed! Maybe even someone who “came close to dying” of the virus not so long ago pic.twitter.com/wGLuYQeTIP