"I have learned not to rule things out during this pandemic," the health secretary said. 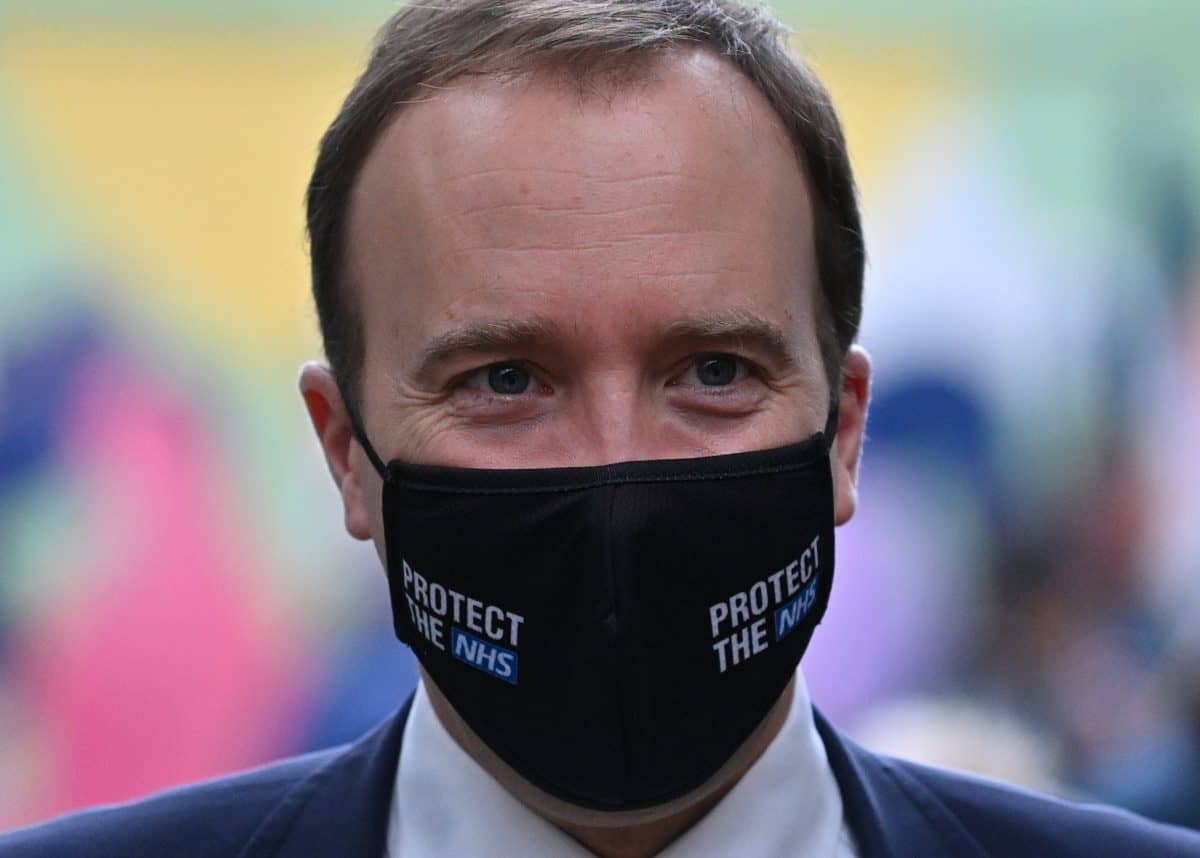 Matt Hancock has refused to rule out making it compulsory to take a coronavirus vaccine if one becomes available.

The health secretary’s remarks came as US firm Moderna revealed that its jab had proved 94.5 per cent effective against the illness in clinical trials.

Downing Street insisted there were no plans to make vaccination mandatory but the Boris Johnson’s official spokesman also declined to rule it out.

‘I have learned not to rule things out’

Hancock told talkRadio: “I hope that a very large proportion of people will want to take the vaccine because it’s the right thing to do.”

But, he added: “We are not proposing at this stage to make it mandatory.”

Asked if he would rule that out, Hancock said: “I have learned not to rule things out during this pandemic because you have to watch what happens and you have to make judgments accordingly.”

He said there were “complications” around making it mandatory because some people may not be able to take it for medical reasons.

Downing Street also refused to rule out the prospect of making it a requirement for eligible people to take the vaccine although officials stressed that was not the plan.

“We want as many people as possible to take the vaccine,” the prime minister’s official spokesman said. “It will go through rigorous safety checks before it is cleared for use. But we are not proposing to make it mandatory.”

Asked whether there could be restrictions – such as a public transport ban – imposed on people who refused a vaccine, the spokesman said: “We are not proposing to make it mandatory.”

Wales’ health ninister Vaughan Gething has described mandatory vaccination as “the most extreme and most unlikely outcome possible”.

Gething told a press conference that it was “certainly not any part of our working assumption” in Wales.

He said he had always been “deeply sceptical” about the benefits of mandatory vaccination and was not “particularly keen to try to change the law for that to happen”.

“I’m interested that people understand the evidence about the safety of a vaccine, then making the right choice to protect them, their family and their community,” he said.