A special blue cone with yellow stars sat atop the Duke of Wellington statue in the hours before Britain officially left the European Union on Friday. 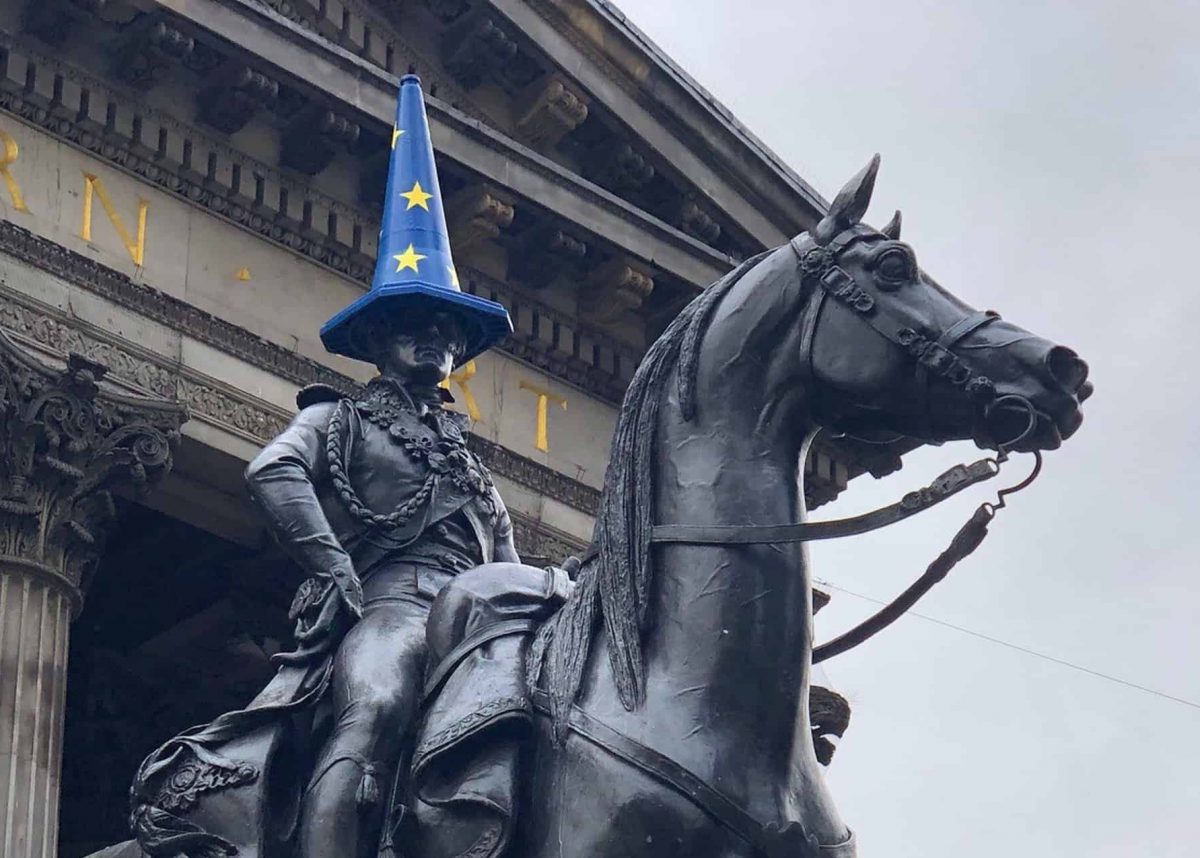 A statue in Glasgow famous for having a traffic cone placed on top has had its unusual attire decorated with an EU flag on Brexit day.

The Duke of Wellington statue sported the special blue cone with yellow stars hours before Britain officially leaves the European Union on Friday.

Members of the public stopped to view the decoration on the Duke – located outside the Gallery of Modern Art in the city’s Royal Exchange Square – and take pictures.

The statue of the former prime minister has for years been targeted by students and revellers who put an orange traffic cone on his head, and it has become part of the city’s landscape.

Pro-EU campaigners will gather at the Donald Dewar statue on Buchanan Street at 10.30pm on Friday as part of a series of events marking the day.