In a bullish interview with the Mail on Sunday, the Prime Minister’s Europe sherpa said the UK was preparing to leave the transition period “come what may” – even if that meant exiting with no deal, which officials have dubbed a so-called “Australian-style” arrangement. 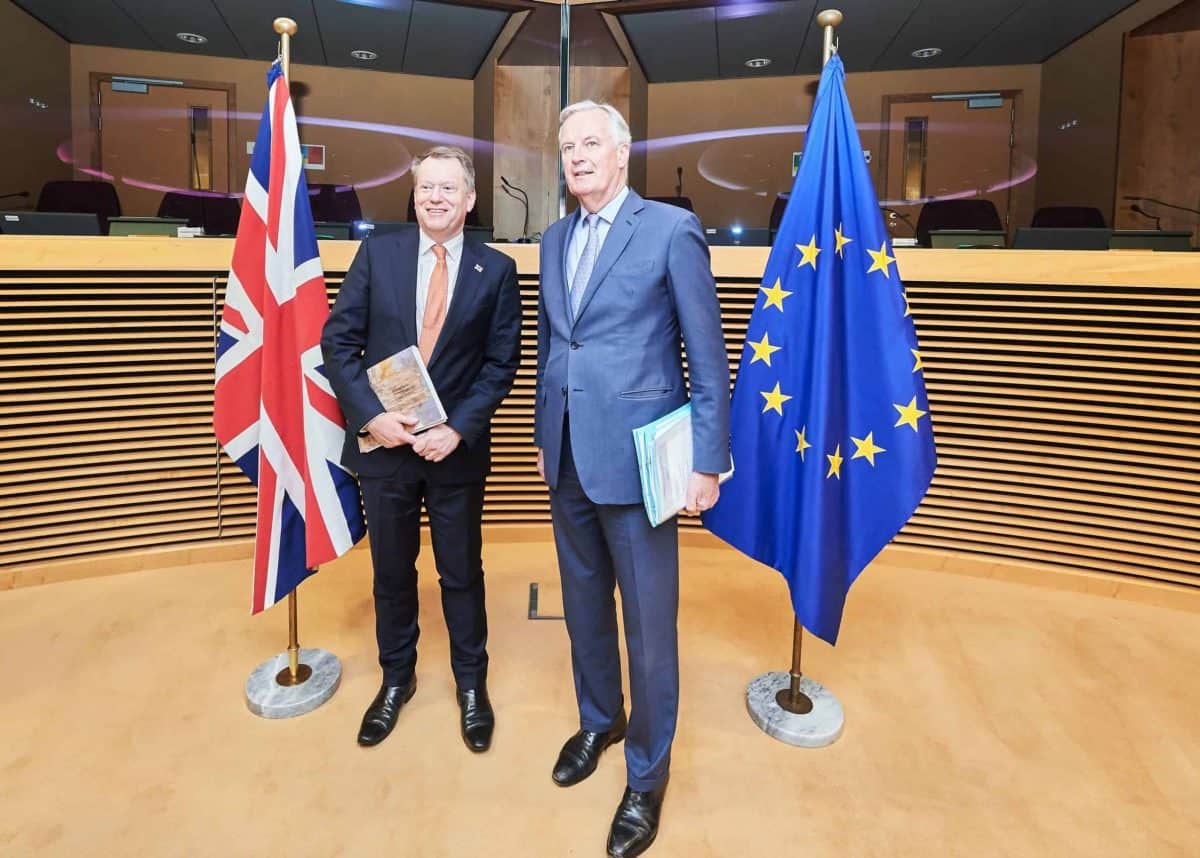 Britain’s chief negotiator Brexit negotiator has claimed the Government is not “scared” of walking away from talks with the European Union without a deal – and vowed not to blink as No Deal looms.

David Frost is due to hold another round of key negotiations in London with his counterpart Michel Barnier, the European Union’s chief negotiator, next week as they look to agree a trade deal before autumn sets in.

In a bullish interview with the Mail on Sunday (MoS), the Prime Minister’s Europe sherpa said the UK was preparing to leave the transition period “come what may” – even if that meant exiting with no deal, which officials have dubbed a so-called “Australian-style” arrangement.

Informal talks this week between Mr Barnier and Lord Frost failed to find a breakthrough ahead of the eighth round of formal negotiations, which begin on Monday.

Both sides want a deal agreed next month in order to have it signed off by politicians on both sides of the Channel by the end of the transition period on December 31.

Differences remain between the pair on issues such as fishing and the level of taxpayer support the UK will be able to provide for businesses once it is an independent nation.

Lord Frost told the newspaper the UK would not agree to being a “client state” to the EU and said Theresa May’s administration had allowed Brussels to believe there could be an eleventh hour concession on a trade deal.

He said: “We came in after a Government and negotiating team that had blinked and had its bluff called at critical moments and the EU had learned not to take our word seriously.

“So a lot of what we are trying to do this year is to get them to realise that we mean what we say and they should take our position seriously.”

He ruled out accepting level playing field terms that “lock us into the way the EU do things” and argued that wanting control over the country’s money and affairs “should not be controversial”.

“That’s what being an independent country is about, that’s what the British people voted for and that’s what will happen at the end of the year, come what may,” Lord Frost added.

The MoS reported that Downing Street has created a transition hub, with handpicked officials across Government departments working to ensure the UK is ready to trade without a deal when the transition period ceases on January 1 2021.

The unit will work with Cabinet Office Minister Michael Gove, who has led the Government’s work on no-deal preparations since last year.

“Obviously, lots of preparation was done last year, we are ramping up again and have been for some time under Michael Gove’s authority,” Lord Frost said.

“I don’t think that we are scared of this at all. We want to get back the powers to control our borders and that is the most important thing.

“If we can reach an agreement that regulates trade like Canada’s, great. If we can’t, it will be an Australian-like trading agreement and we are fully ready for that.”

His comments came as the EU sought to dismiss a report in the Telegraph that Mr Barnier would be “sidelined” before the talks were over so European leaders could thrash out a deal before the deadline.

He is the EU’s Brexit chief negotiator and enjoys the full trust, support and confidence of the EU 27. He has a proven track record of leading successful Brexit negotiations on behalf of the EU.”