The president introduced the former Ukiper as the "King of Europe". 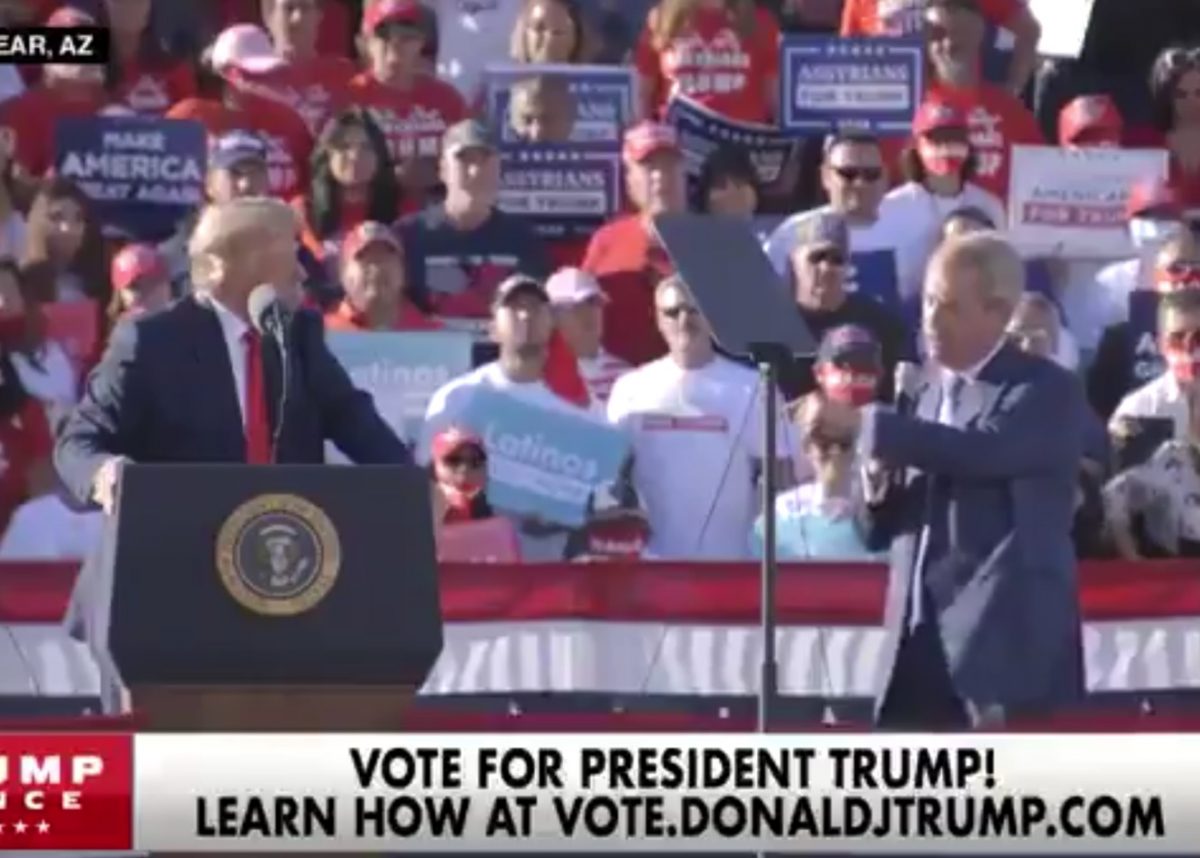 Brexit Party leader Nigel Farage hailed Donald Trump “resilient” and “brave” as he took to the stage at a rally in Arizona.

“Most human beings under that barrage would have given up.

“This is the single most resilient and bravest person I have ever met in my life!”

Desperate and deluded. Like two conmen who have been publicly exposed trying to sell their pyramid scheme one last time.

The world will breathe an enormous sigh of relief when this double act fades into irrelevance. Populist nationalism is on its way out.pic.twitter.com/N4HX5Hmogk

Related: Is the pandemic healing politics? Study shows support for populism is starting to wane