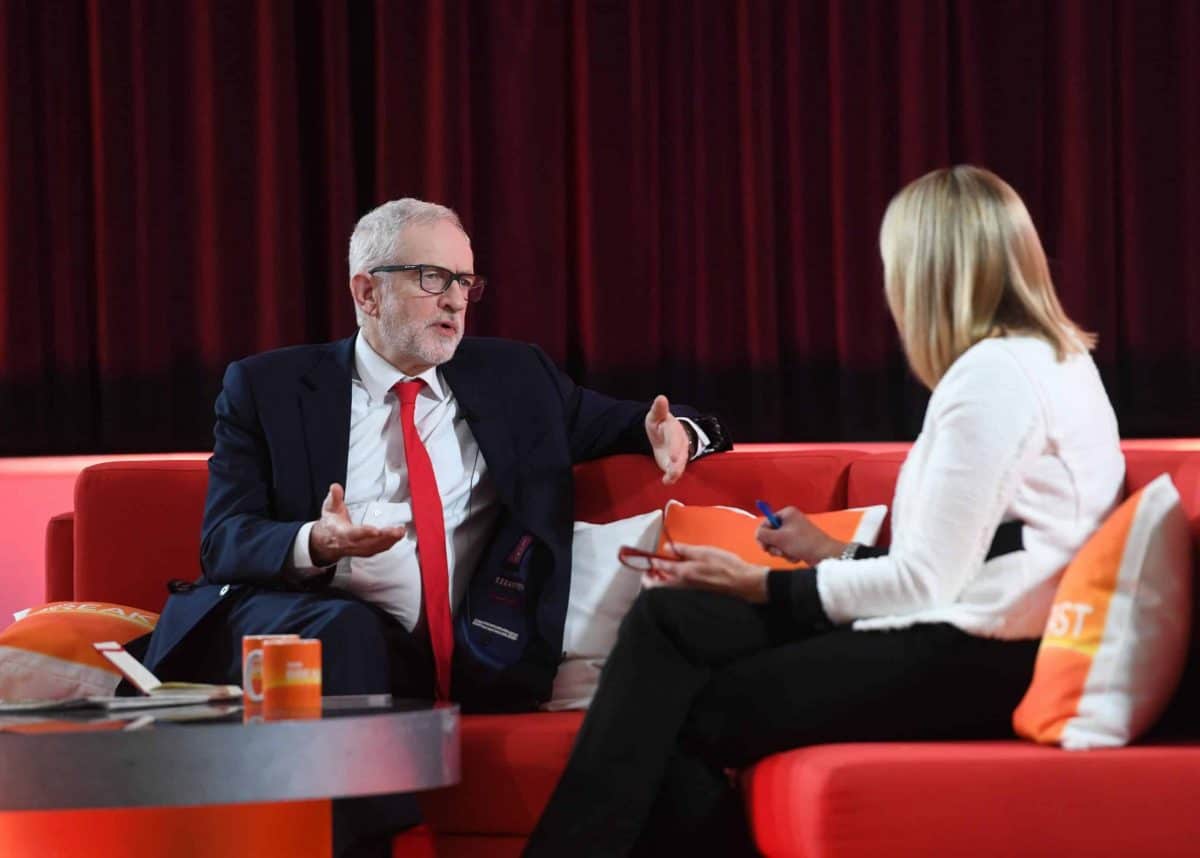 Jeremy Corbyn has insisted the experience of a four-year-old boy lying on a pile of coats to keep warm while he waited for a hospital bed is a political issue.

A photograph of Jack Williment-Barr, who was waiting for treatment for suspected pneumonia at Leeds General Infirmary, was widely circulated on social media.

Boris Johnson came in for heavy criticism on Monday when he initially refused to look at the photo on an ITV reporter’s phone before taking the phone and putting it in his pocket.

During an interview on BBC Breakfast, Mr Corbyn was asked what politics has come to when the treatment of a four-year-old child is being used as a political football.

The Labour leader replied: “It’s an example of what’s happening in our NHS. And it is obviously awful for that little boy and the family, the way they were treated.

“But it does say something about our NHS when this happened, and then all research shows there’s a very large number of hospitals where patients are at risk because of staff shortages, because of a lack of equipment, because of poor maintenance of hospital buildings.

“It is a serious issue. It is a political issue, how we fund the NHS.”

Mr Corbyn added: “I think it has to be a political decision whether we have an NHS, how it’s funded, and what political parties decide they’re going to do with it if they gain a majority in the next parliament.

“And the NHS has to be properly funded, and at the moment it isn’t.”

It was put to the Labour leader that the Royal College of Physicians has said NHS plans in the manifestos from political parties are not credible.

He replied: “Well, I disagree. Our plans are completely credible. We’ve put forward a spending plan which will, I believe, give sufficient resources to the NHS, will also properly fund the maintenance issues, and of course, on a wider level, the education issues surrounding nurse training, doctor training, and the funding that goes behind that.

“Because we have 40,000 nurse vacancies in the NHS, we have buildings crumbling, we have very expensive deals on which some of those places were built, and we have privatisation within the NHS which doesn’t fit in often with the NHS culture.”

Mr Corbyn was asked to clarify how Labour’s plans for a four-day working week would apply to the NHS.

Mr Corbyn said it would be funded “through productivity in all industries and places of work”.

Shadow health and social care secretary Jonathan Ashworth told BBC Radio 4’s Today programme: “Well, we aren’t using his case as a political football and my heart goes out to Jack and his family.”

He added: “I, like any parent, because I’ve got two young children, would be furious, livid, angry, fighting like a lion for my child, who had been let down after years of cutbacks in our health service.”

He went on: “Unfortunately, across the country these are not one-off events; we’ve seen in this election campaign other images of elderly people literally wasting away on trolleys in corridors for hours upon hours because they simply can’t get a bed.”