Some peers have warned it will not get through the upper chamber in its current form. 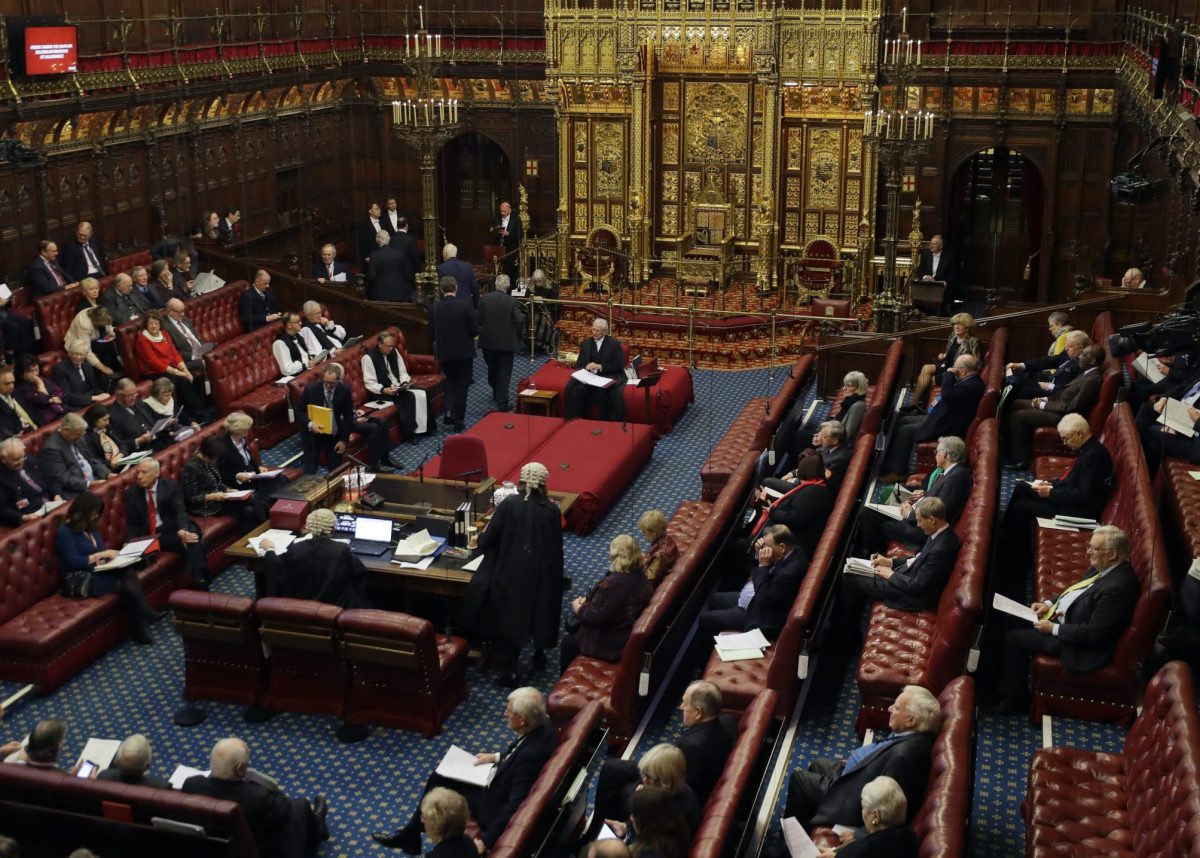 Downing Street has issued a warning to the House of Lords not to try to derail controversial legislation overriding key elements of the Brexit Withdrawal Agreement.

The UK Internal Markets Bill – which gives ministers the power to overwrite provisions in the agreement relating to Northern Ireland – cleared its first Commons hurdle on Monday.

But some peers have warned it will not get through the upper chamber in its current form after the Government admitted that it would breach international law.

However, a Number 10 spokesman said ministers believed the Salisbury Convention – which states the upper chamber should not vote down legislation to implement government manifesto commitments – should apply to the Bill.

“We would expect the Lords to abide by the Salisbury Convention,” the spokesman said.

“Guaranteeing the full economic benefit of leaving the EU to all parts of the United Kingdom and ensuring Northern Ireland’s businesses and producers enjoy unfettered access to the rest of the UK were clear Conservative manifesto commitments which this legislation delivers.”

The Bill passed its second reading in the Commons on Monday evening by 340 votes to 263 – a Government majority of 77.

However, 30 Conservative MPs failed to register a vote – despite a Government three-line whip – while Sir Roger Gale and Andrew Percy voted against the Bill.

While some were thought to have permission to be away from Westminster – including former prime minister Theresa May reportedly attending a conference in South Korea – others are believed to have deliberately abstained.

The list of those who did not vote included former chancellor Sajid Javid and two former attorney generals, Geoffrey Cox and Jeremy Wright – who have all criticised the Bill – as well as former Northern Ireland secretaries Julian Smith and Karen Bradley.

Ministers are braced for a further rebellion next week when MPs are due to vote on detailed amendments to the legislation.

They are expected to include one tabled by Sir Bob Neill, the chairman of the Commons Justice Committee, which would require a vote of Parliament before ministers could exercise their powers under the legislation.

As the Bill stands, there has to be an “affirmative” vote by MPs, but only after ministers have taken action.

In the Commons on Monday, the Cabinet Office Minister Michael Gove said that Sir Bob maybe “onto something”, but during a round of broadcast interviews on Tuesday, Home Secretary Priti Patel refused to be drawn on whether ministers could accept his amendment as a means of defusing the revolt.

“I don’t think right now it is even appropriate to comment on amendments that may or may not come forward,” she said.

She said the Government still hoped it could resolve its differences with the EU so the legislation would not be needed.

Boris Johnson has said it is intended to be a “safety net” to ensure the EU cannot impose fresh tariffs on goods moving to Northern Ireland from the rest of the UK in the event that the two sides fail to agree a free trade deal.

Ms Patel said: “We want to reach an agreement still with the EU and we are going to concentrate as a Government to work to achieve that, but through this Bill right now we want to have the safeguards and mechanisms in place to ensure we stay true to the people of Northern Ireland.”