The US president was meeting the European Commission boss in Davos. 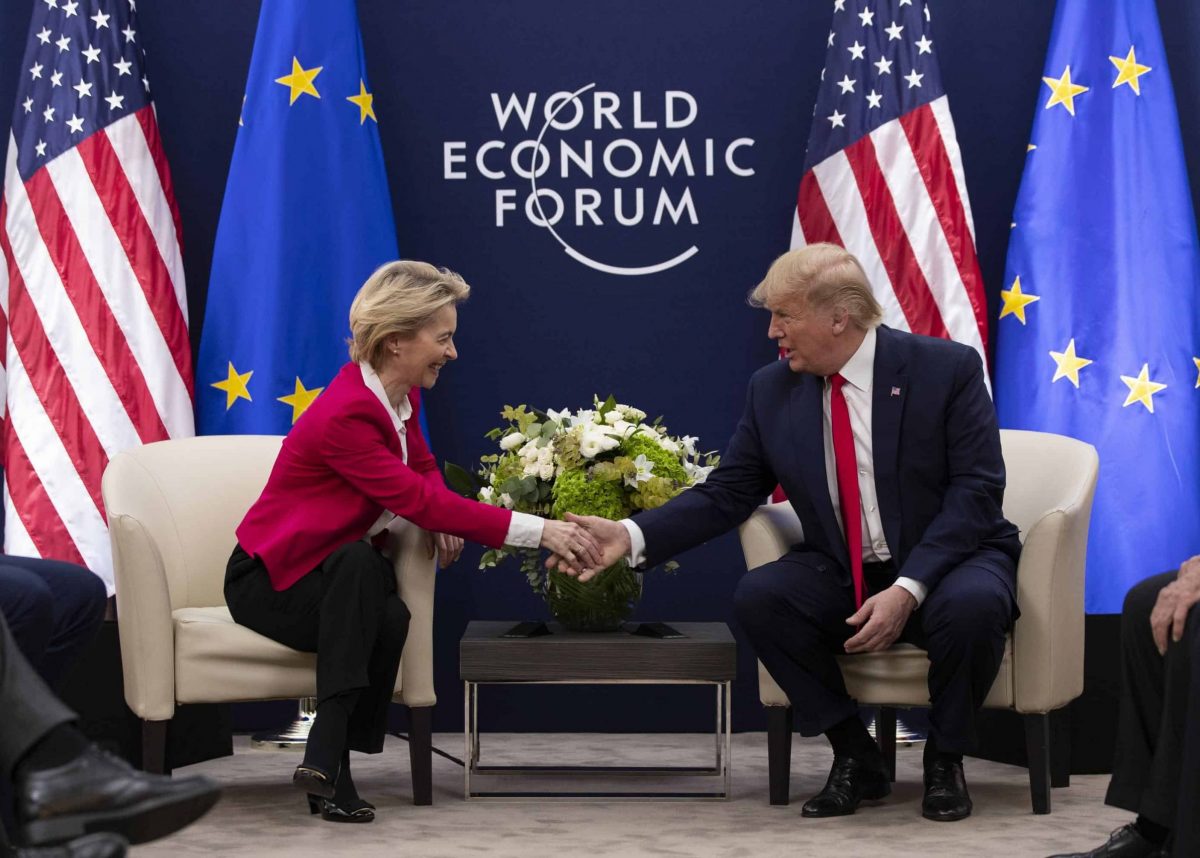 President Donald Trump said he hears European Commission President Ursula von der Leyen is a “very tough negotiator”, but said he hoped the US and European Union could make progress on a new trade deal.

“It’s great to be with the president of the European Commission and a woman who’s highly respected, I have to say, and I hear a very tough negotiator, which is bad news for us,” Mr Trump told reporters before meeting her on the sidelines of the World Economic Forum in Davos, Switzerland.

“Trade right now and a deal between ourselves and essentially Europe is something that we all want to be able to make.”

It was the first time that Ms von der Leyen has met Mr Trump, who has had many disagreements with Europe over tax and trade policy, including a new digital tax by the French that American tech giants, such as Amazon and Google, are forced to pay.

“I think what we never should forget that we have a long history of common foundation, of a lot of business compacts, friendship,” she said.

“The American people and the European people are good friends and this is what we’ve got to build on.”

Mr Trump has smarted over the French tax, and his administration has announced plans to impose retaliatory tariffs of up to 100% on cheese, wine, lipstick and other French imports.

France has threatened to fight back.

Mr Trump has also sought to wring trade concessions from the EU by threatening tariffs on German cars, including BMW and Mercedes-Benz.