"We made it clear going back years that these accounts are not above our rules," the social media platform said, adding that you "cannot use Twitter to incite violence." 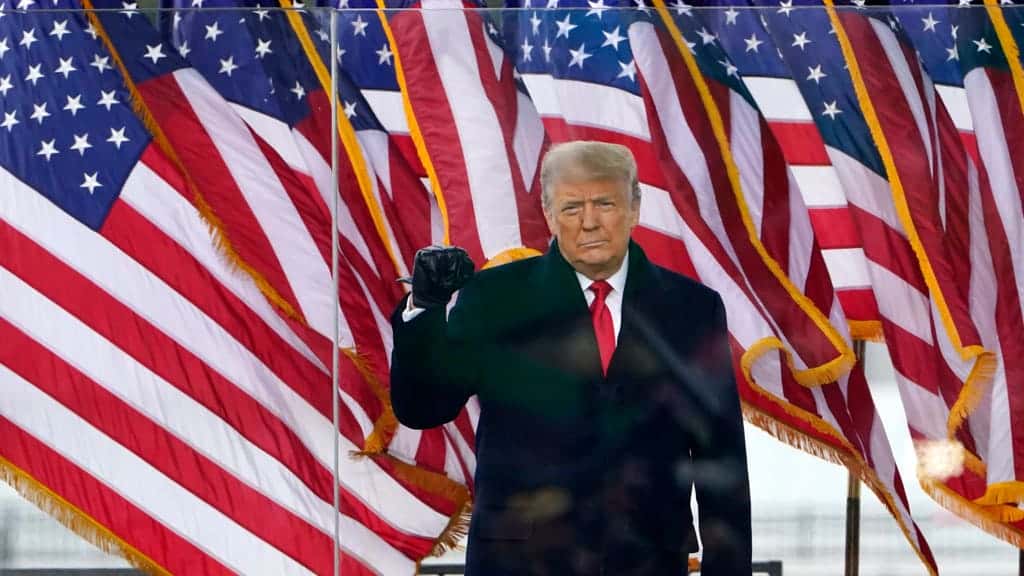 US President Donald Trump has been permanently suspended from Twitter “due to the risk of further incitement of violence”, the social media firm said.

It was a significant move against the man who joined the site in 2009 and built his run to the presidency on the back of his online popularity, which led to him finishing his time on Twitter with almost 89 million followers.

In a statement on Twitter’s blog on Friday it said it had decided to take action against Mr Trump’s account after a review of two of the President’s tweets posted on Friday found they had violated its glorification of violence policy.

The tweets were “The 75,000,000 great American Patriots who voted for me, AMERICA FIRST, and MAKE AMERICA GREAT AGAIN, will have a GIANT VOICE long into the future. They will not be disrespected or treated unfairly in any way, shape or form!!!” and “To all of those who have asked, I will not be going to the Inauguration on January 20th”.

The firm said the refusal to attend Mr Biden’s inauguration was being received by Mr Trump’s supporters as “further confirmation that the election was not legitimate” and him disavowing his previous claim there would be an “orderly transition”.

It claimed the second tweet may also “serve as encouragement to those potentially considering violent acts that the Inauguration would be a ‘safe’ target, as he will not be attending”.

Following the ban, Twitter later deleted two tweets apparently issued by Mr Trump on the @POTUS account, and also suspended the @TeamTrump account after it spread a statement from the president.

The statement said: “After close review of recent tweets from the @realDonaldTrump account and the context around them — specifically how they are being received and interpreted on and off Twitter — we have permanently suspended the account due to the risk of further incitement of violence.

“In the context of horrific events this week, we made it clear on Wednesday that additional violations of the Twitter rules would potentially result in this very course of action. Our public interest framework exists to enable the public to hear from elected officials and world leaders directly. It is built on a principle that the people have a right to hold power to account in the open.

After close review of recent Tweets from the @realDonaldTrump account and the context around them we have permanently suspended the account due to the risk of further incitement of violence.https://t.co/CBpE1I6j8Y

“These accounts are not above our rules”

“However, we made it clear going back years that these accounts are not above our rules entirely and cannot use Twitter to incite violence, among other things.

“We will continue to be transparent around our policies and their enforcement.”

The decision comes after supporters of Mr Trump stormed the US Capitol building on Wednesday in protest at his election loss to Joe Biden, leading to violent clashes and the deaths of five people.

Mr Trump was accused of inciting his supporters into violence with a speech at a rally in Washington DC earlier in the day.

The president was subsequently locked out of his social media accounts temporarily, although Facebook has since extended the ban until the end of his presidency on January 20.

Mr Trump is set to leave on January 20 when Mr Biden is inaugurated and tweeted on Friday that he planned to skip Mr Biden’s inauguration, becoming the first president in more than 150 years — and just the fourth in US history — to do so.

The use of the words “American Patriots” to describe some of his supporters was also being interpreted as support for those committing violent acts at the US Capitol, Twitter said.

It added: “Plans for future armed protests have already begun proliferating on and off-Twitter, including a proposed secondary attack on the US Capitol and state capitol buildings on January 17, 2021.

“As such, our determination is that the two tweets above are likely to inspire others to replicate the violent acts that took place on January 6 2021, and that there are multiple indicators that they are being received and understood as encouragement to do so.”

A spokesperson told the PA news agency that Twitter “have taken steps” to prevent Mr Trump tweeting from the official @POTUS account, which was established by Barack Obama and has 33.4 million followers.

Following his earlier ban, the @POTUS account issued two posts apparently from Mr Trump in which he wrote “We will not be SILENCED!” and “Twitter is not about FREE SPEECH”. Both tweets were deleted by Twitter.

The tech company’s spokesperson told PA: “For government accounts, such as @POTUS and @WhiteHouse, we will not suspend those accounts permanently but will take action to limit their use.” 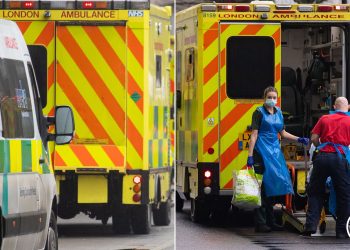