The President was nominated for his "pivotal" role in the peace deal between Israel and the UAE. 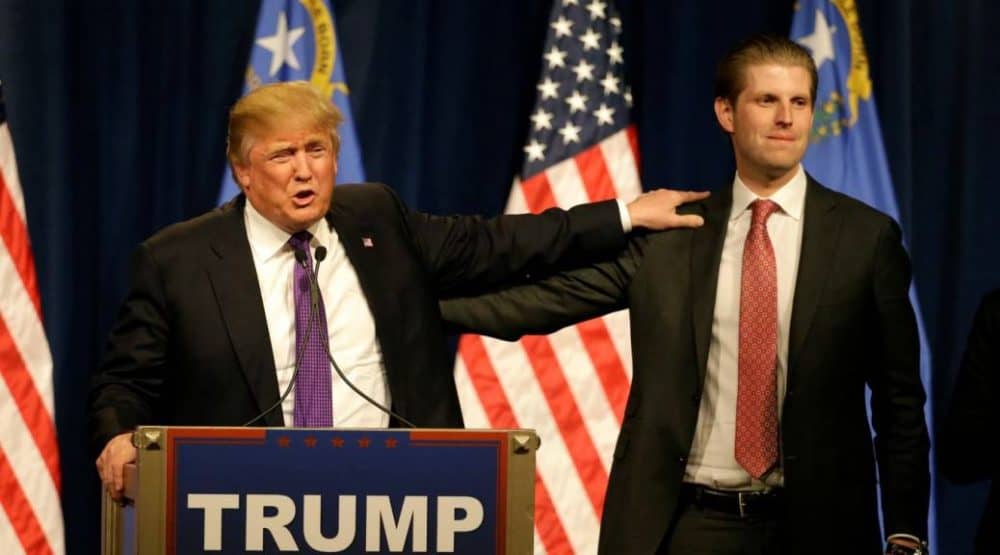 Donald Trump has been nominated for the Nobel Peace Prize for his role in brokering a peace between Israel and the United Arab Emirates (UAE).

“For his merit, I think he has done more trying to create peace between nations than most other Peace Prize nominees.”

Under Nobel Peace Prize rules, any member of a national parliament can nominate a candidate for the award.

In his nomination letter to the Nobel Peace Prize Committee, Tybring-Gjedde claimed the Trump administration had played a pivotal role in peace talks between the two nations.

“As it is expected other Middle Eastern countries will follow in the footsteps of the UAE, this agreement could be a game changer that will turn the Middle East into a region of cooperation and prosperity,” he wrote.

The news comes amid rumours that Eric Trump might be considering running for presidency.

The third child of the 45th POTUS “liked” a tweet in response to one of his own.

In a tweet claiming Joe Biden and the Democrats are going to “cheat” at the 3 November election (without explicitly detailing how), Eric wrote:

We all know that that Biden doesn’t have a snowball’s chance to win, which is why the democrats will cheat — they always do. We would love your help – Volunteer to be a Trump Election Poll Watcher today! Let’s #KeepAmericaGreat https://t.co/pcZHumr5YU

Bill Rachel said: “My dog is smarter than Eric Trump”, while John Painz responded: “If this happens, and I remember my bible, I think locusts are what comes next.”