This drop is partly driven by 2019 Labour voters, whose confidence in the party leader has fallen slightly following his suspension of the whip from Jeremy Corbyn. 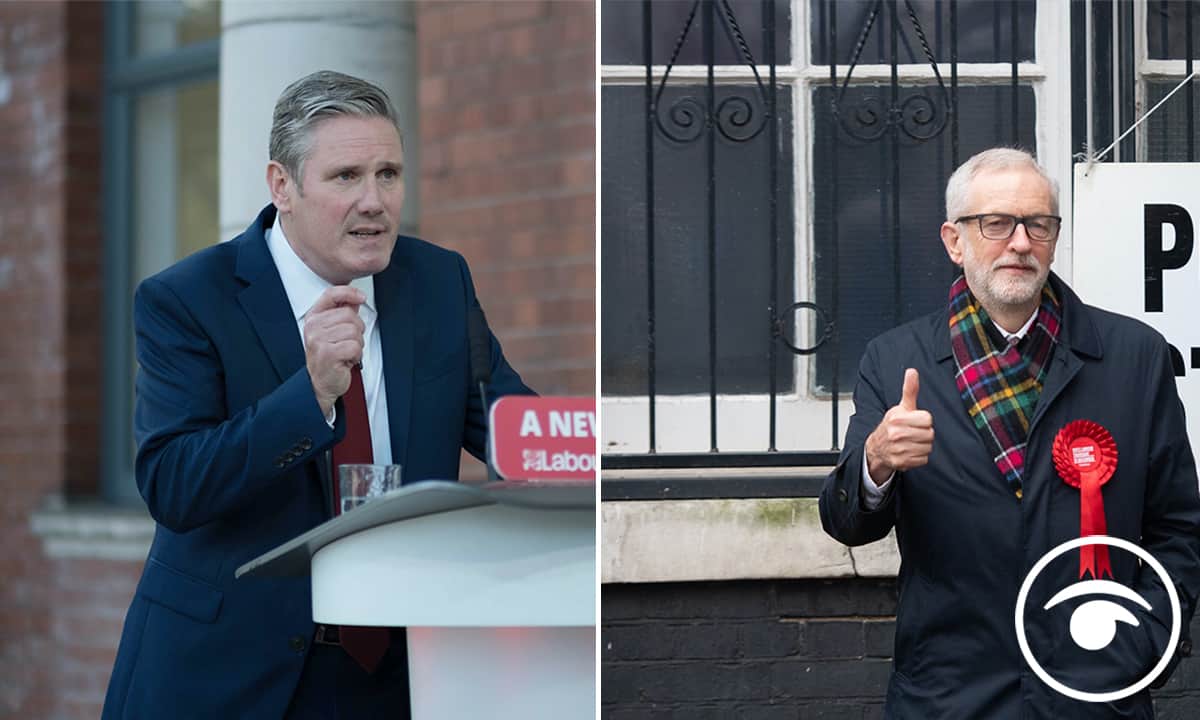 Sir Keir Starmer’s decision to block Jeremy Corbyn from sitting as a Labour MP despite his readmission as a party member has reignited the civil war on the opposition benches.

This turmoil appears to have dinted Labour’s rise in the polls. Labour has dropped 4 points in the last two weeks, losing its lead over the Conservatives, according to the latest Opinium poll. Labour currently has 38% of the vote, the Conservatives have 41%.

Keir Starmer’s approval rating has been similarly hit, falling from 41% two weeks ago to 36% now with his net rating going from +17% to +11%. This drop is partly driven by 2019 Labour voters, whose confidence in the party leader has fallen slightly following his suspension of the whip from Jeremy Corbyn. Boris Johnson’s ratings are largely static going from -14% to -12%.

Impact of the vaccine

Two-thirds (66%) state they are likely to take a vaccine if it is available and the government recommended, compared to 24% who would not take it. However, if the vaccine is not free of charge, this changes to 58% who are likely to get it, and 31% who are unlikely.

While only 42% support making the vaccine compulsory, the majority (64%) support banning the posting of anti-vaccine conspiracy theories online. Roughly half of UK adults are worried that a vaccine might not be safe (51%), effective (47%) or might have side effects (57%).

In Brexit-related matters, 45% expect the UK to leave the EU transition period without a trade deal, while 18% think a deal is likely by then. Among those expecting No Deal, 53% most blame the UK government or Boris Johnson, whereas 33% most blame the EU or Michel Barnier

Adam Drummond, Head of Political Polling, comments:  “If you squint really hard it’s possible to see the faintest outline of a story on both sides. For the government, the tiniest of vaccine boosts with the Conservatives inching back into the lead while the percentage disapproving of the government’s handling of the pandemic has dropped slightly, leading to an increase in their approval figures.

“For Labour, the impact of another round of news stories involving the words ‘Jeremy Corbyn’ and ‘antisemitism’ may have been to lower the party’s vote share and Keir Starmer’s ratings. While we can’t tell if this is down to people being annoyed that Starmer withdrew the whip from his predecessor or people annoyed that Labour readmitted Corbyn in the first place, the more likely impact is that the story simply reminds voters that Labour hasn’t got its house in order yet.”

Related: Have I Got News For You: Anger at joke about killing 200,000 Corbyn supporters at Glastonbury