David Miliband exclusive: “We must not buy into the false narrative of a migrant invasion”

The UK is home to just 1 per cent of the world’s refugees, so we need to have a sense of proportion about this. 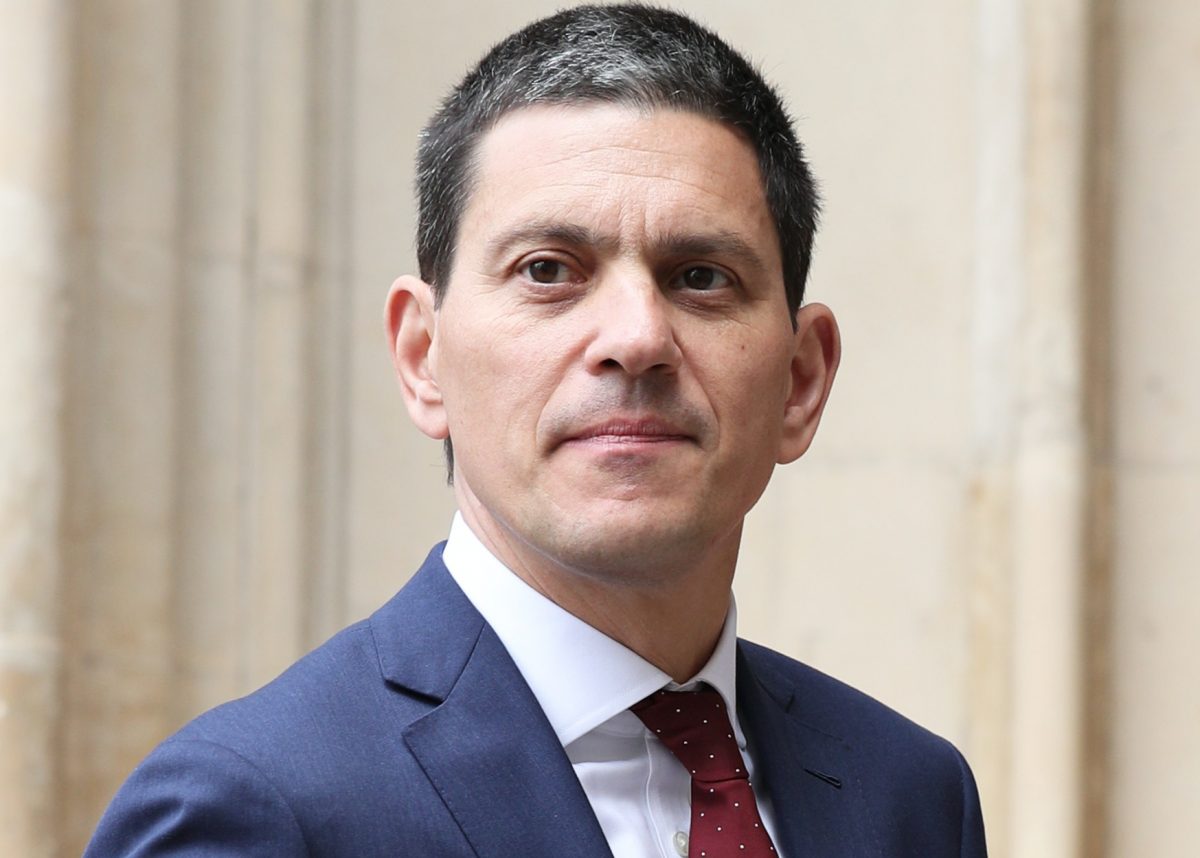 “We must not buy into the false narrative of a migrant invasion” David Miliband has warned as he urges the government to expand legal pathways for those fleeing their country as a result of conflict.

Speaking exclusively to The London Economic, David Miliband, former Foreign Secretary and now President of the International Rescue Committee said that the UK’s current approach towards those crossing the Channel “flies in the face of its proud tradition of welcoming refugees.”

The comments follow widespread criticism of Nigel Farage who has been accused of inflaming hostility towards refugees after claiming a small group of people on the Kent shore resembled a “shocking invasion.”

According to the charity leader: “The numbers of refugees and asylum seekers in the UK are relatively small and the current situation is manageable. The UK is home to just 1 per cent of the world’s 29.6 million refugees, so we need to have a sense of proportion about this.”

“We must remember, through all the noise which surrounds this debate, that refugees are fundamentally people who have fled their homes. Many have escaped unimaginable horrors, and are simply seeking a place of safety where they can rebuild their lives.”

“Dangerous and criminal thing to do”

Almost 4,000 people have crossed the English Channel, one of the busiest shipping lanes in the world, with 235 individuals intercepted on 6 August alone. Those making the crossing tend to be crammed into small dinghies, and often include young children.

Boris Johnson recently described the arrival of 20 Syrians on Kent shores as a “very bad and stupid and dangerous and criminal thing to do.” Speaking hours after the incident, he stated that people arriving on boats were able to remain in the UK despite what he claimed as “blatantly coming here illegally.”

Responding to the government’s claims, Mr Miliband said: “For as long as people fleeing conflict and persecution have no safe and legal pathways to reach safe countries, they will continue to risk their lives through irregular routes.”

“The vast majority of the world’s refugees are living in neighbouring countries such as Lebanon and Uganda but all developed nations, should do their part and welcome a fair share of refugees.”

He added: “But resettlement to the UK and other European countries has been stalled since the start of the Covid-19 pandemic, cutting off this vital lifeline for the most vulnerable.”

Mr Miliband stressed the importance of the UK’s continued involvement in the European effort to tackle the refugee crisis. He said: “To deal with these global challenges we need to see more cooperation with our European neighbours, not less.

“For instance, even though the UK is leaving the EU, we must find a replacement for the Dublin Arrangement, which not only allows refugees the right to reunite with family members in the UK, but also stipulates that responsibility for refugees is shared equally across EU countries.”

EU negotiators recently rejected the government’s request for a ‘migration pact’ that would enable the government to return asylum seekers to other European countries. Widely viewed as a replacement to the Dublin Agreement, a provision used frequently by the UK to turn back refugees arriving on the south coast, the UK’s plan, which would empower it to return “all third-country nationals and stateless persons” without the correct paperwork to the EU country they had first arrived in, was described as “very unbalanced” by Brussels.

Mr Miliband has also warned about the growing negativity towards refugees fleeing to Europe. On the subject of government responses to asylum seekers he there are concerning trends at Europe’s external borders that demonstrate “hardening attitudes to refugees, such as increasing border in border violence and pushbacks.”

He told The London Economic: “I think this is also part of a wider trend. There is a risk that governments turn inwards and retreat from cooperation and solidarity just when it is needed the most. If people do not have confidence that governments across Europe have worked together to put in place a fair and well-coordinated system, that is when we risk seeing greater intolerance on the part of the public.”

A study conducted by the Overseas Development Institute found that while the UK is among the EU countries with the most positive attitudes towards immigration, Britons hold the most negative attitudes towards refugee assistance with public narratives polarised between a ‘threat narrative’ to culture, wealth and security, and a ‘positive narrative’, with a focus on the potential benefits of refugees to the economy and society.

A similar report commissioned by Ipsos MORI in 2000 revealed that Britons “grossly overestimated” the financial aid asylum seekers receive, believing on average that an asylum seeker gets £113 a week to live on. However, today a single adult seeking asylum can expect to receive £37.75 a week which equates to £5.39 a day for food, sanitation and clothing.

The charity leader, however, remarked that he continues to be “inspired by the groundswell of support” for refugees and asylum seekers, adding: “We have seen local communities, faith groups, councils, schools and civil society groups, step up to support refugees – there are now over 140 community sponsorship groups supporting the arrival of vulnerable refugees through resettlement – a remarkable achievement just five years in to that scheme.”

However, he acknowledged that, despite this support, “racism and intolerance does unfortunately exist and it must be challenged. This is why creating a positive narrative around refugees is so important.”

Commenting on ways in which the government can improve its treatment of refugees, Mr Miliband said that many who have experienced trauma and hardship are still “standing strong and looking to rebuild their lives.”

“Leaders should see this, and provide the support they need to unlock their potential to become valuable members of society. When people are welcomed into society, communities thrive: refugees can contribute in myriad ways from filling vocational gaps to increasing cultural diversity through food, music, art or literature.

“The UK’s history is one built on the value that migration brings to society and culture. If allowed to pursue employment opportunities, refugees contribute to the economy, and recent research from Refugee Action shows that asylum seekers could contribute as much as £97.8 million to the UK.”

The International Rescue Committee recently launched a new initiative to promote awareness of the contribution refugees have made to British life. Dubbed ‘Britain wouldn’t be Britain without refugees’, the campaign focuses on the origins of the popular fish and chips, telling the story of how the British dish made its ways to the shores thanks to refugees.

“Part of being British is being open to the world. When refugees come to the UK we should see them as people who bring value to our country. Even during the COVID-19 pandemic we saw refugees step up to help, as NHS workers and volunteers.”

He added: “When you delve into the history books, we find these unexpected stories of refugees shaping our society in unexpected ways. Who knew that refugees were responsible for creating one of the nation’s most-loved dishes?