Replying to a tweet suggesting that Metropolitan police officers had been chased out of a housing estate in London by demonstrators, Will O’Shea said: “Time to get out the live rounds”. 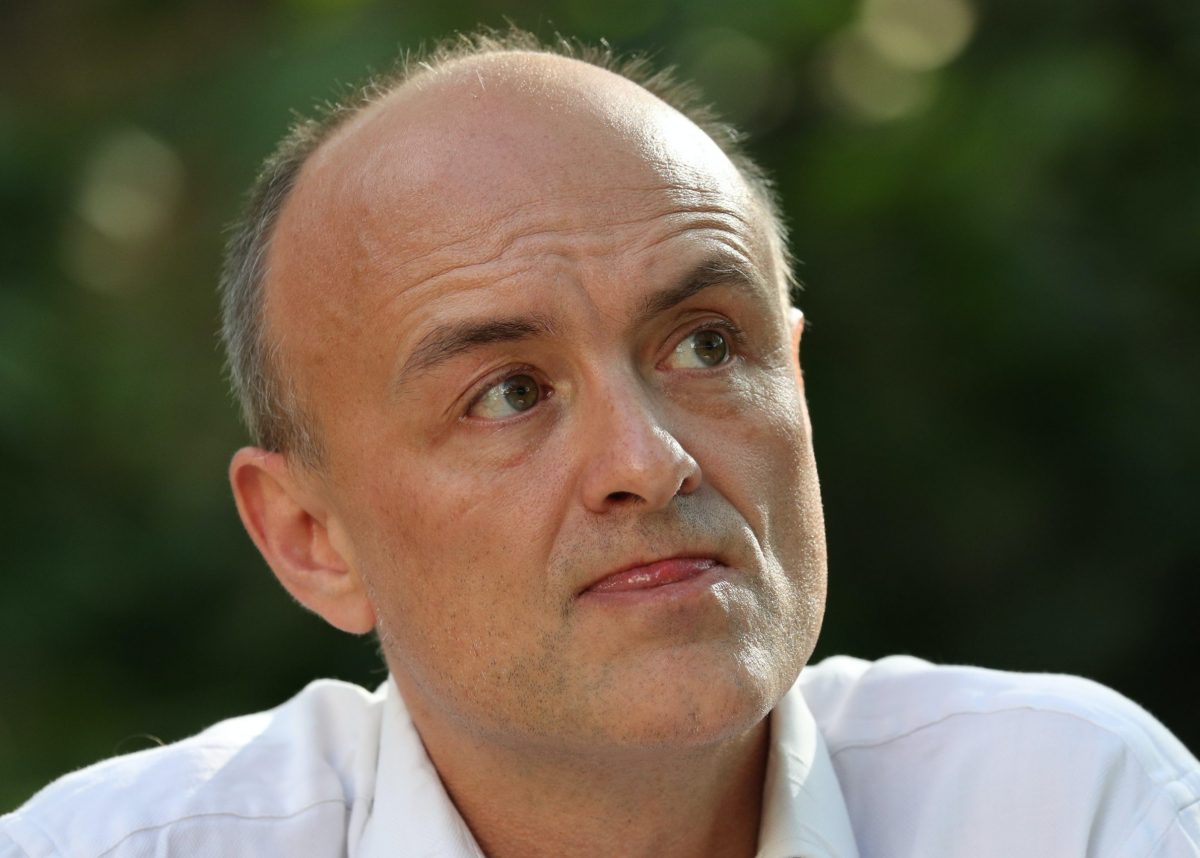 One of the “weirdos and misfits” recruited to the civil service by Dominic Cummings has been sacked after posting on social media that police should use live rounds against Black Lives Matter protestors, the Guardian has revealed.

The new hire – a data architect – was appointed to a senior Cabinet Office role after applying through a scheme devised by Boris Johnson’s chief adviser, which called for “super-talented weirdos” with “odd skills” to apply for jobs at Downing Street.

But 57-year-old Will O’Shea was sacked in July, after colleagues discovered his Twitter feed and reported it to senior managers. It is the second of Cummings’ “unusual” new recruits to leave after publicly expressing racist views.

In February, “superforecaster” Andrew Sabisky stepped down from a job at Number 10 after some of his previous writings on genetics emerged – in which he suggested that black people had, on average, lower IQs than white people.

‘Time to get out the live rounds’

O’Shea posted the comment about BLM protests on 5 July, at the peak of tensions following the killing of George Floyd by police officers in the US, as marches were being organised across Britain.

Replying to a tweet suggesting that Metropolitan police officers had been chased out of a housing estate in London by demonstrators, O’Shea said: “Time to get out the live rounds”.

O’Shea was contacted by a Guardian journalist posing as a recruitment agent. He confirmed that he had applied for a job through the Cummings recruitment blog, and was interviewed in person by Ben Warner – another aide to Johnson who works closely with Cummings – in a large room in Downing Street that was later used for the daily coronavirus press conference.

He told the undercover reporter: “Ben Warner said … ‘we can’t hire you right now, but I’ve got some friends in the Cabinet Office. They’re looking for a similar set of skills, but it’s not as long term.’”

In emails, he said that he was “let go because of my tweet”, and accepted that it was seen as racist and offensive by former colleagues.

“I can see how it was taken that way, and I am sorry for that,” O’Shea said. He said the tweet was “wrong”, but stressed he did not mean it seriously. He added: “I didn’t say ‘shoot blacks’ and that was not what I meant or wished.”

‘Friends in the Cabinet Office’

He has since deleted his personal Twitter account, in order to “get rid of any of the things I had said”.

O’Shea told the undercover reporter: “Ben Warner said … ‘we can’t hire you right now, but I’ve got some friends in the Cabinet Office. They’re looking for a similar set of skills, but it’s not as long term.’”

A government spokesperson told the Guardian: “Will O’Shea was … employed by the Cabinet Office as an external contractor for the Government Digital Service on coronavirus. All standard vetting processes were carried out for a contractor role through a commercial framework.”