Trump 2020 rally in Greenville, North Carolina, chant “SEND HER BACK, SEND HER BACK” in what has been described as one of the most “chilling and horrifying things” in politics. 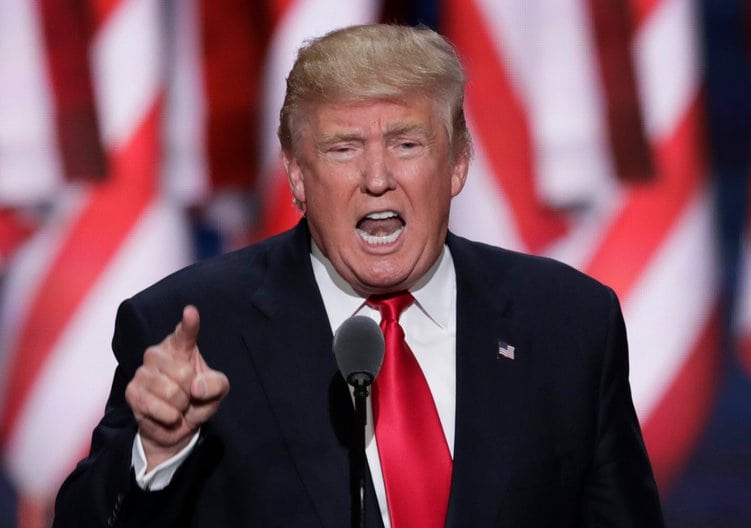 Footage has emerged of a crowd chanting “send her back, send her back” at a Donald Trump rally.

The US congresswoman has become the target of “xenophobic bigoted remarks” from Trump after he called for certain politicians to “go back and help fix the totally broken and crime infested places from which they came”.

Yesterday it emerged that Omar has been US citizen longer than Melania Trump, but that didn’t stop those at a 2020 rally in Greenville, North Carolina, chanting the hurtful remarks.

In what Shaun King described as “one of the single most racist moments in modern American political history”, the crowds engaged in choruses of “SEND HER BACK, SEND HER BACK” as Trump ripped in to the congresswoman.

Jon Favreau said it was one of the most “chilling and horrifying things” he had ever seen in politics, and Joel Taylor lamented the “unthinking mob whipped up into a frenzy by a racist president”.

This is one of the single most racist moments in modern American political history. As Trump began attacking my friend Congresswoman Ilhan Omar, the crowd began chanting “SEND HER BACK, SEND HER BACK.” It’s utterly despicable and dangerous. We are here. We are in THAT time. UGLY. pic.twitter.com/6M0PBXe4Lr

She said: “Recently, a single tweet from the president caused Congresswoman Omar to receive death threats. Today, the president of the United States continued to endanger her life, Rashida Tlaib’s life and the lives of all American Muslims when he rattled off a list of racist, anti-Muslim smears about Omar and Tlaib to a crowd of thousands that chanted ‘send her back.’

“American Muslims need true allyship now more than ever. Since Trump’s first campaign, Muslims have been banned, discriminated against, profiled and targeted at home, at school, at work, in the streets and at houses of worship.

“The Constitution makes clear that America is a land of religious freedom for all yet President Trump wants to deny that freedom to American Muslims and is putting this already imperiled community in even more danger.

“The president’s open, calculated, anti-Muslim bigotry is something we expect to see much more of throughout the 2020 campaign. All Americans, including all Democrats and Republicans, should unequivocally and immediately disavow this hatred.”