Sir Keir's rebrand of the party appears to be in the image of the Conservatives. 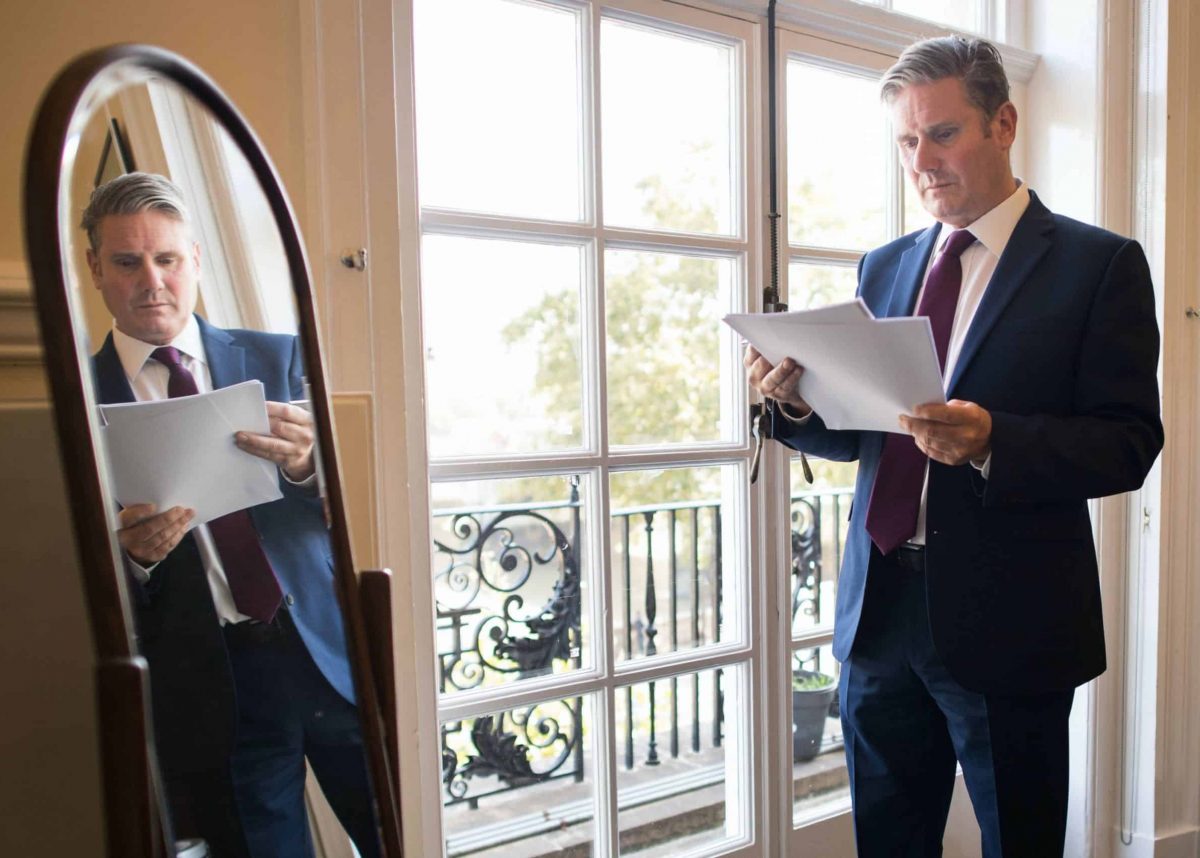 Sir Keir Starmer has been criticised for going on the retreat today following his nationalist rebrand of the Labour Party.

Newsnight policy editor Lewis Goodall noted that there is “something striking about the political moment we’re in” after Sir Keir set out his stall to cap off the digital party conference.

“Covid is arguably biggest crisis/opportunity to reshape the political settlement and British state since the war”, he said, “but neither the government nor opposition seems very interested in doing so.

“What’s striking about Labour under Starmer is that far from using the moment to press forward with its own ideas, ideologically, it’s on the retreat.”

Starmer lashed out at Boris Johnson’s “serial incompetence” over coronavirus and Brexit in a bid to position Labour as a credible alternative government today.

The Labour leader made clear that he was breaking from the Jeremy Corbyn era, indicating that the party had deserved its drubbing at the 2019 general election.

But he stressed that “this is a party under new leadership” and urged voters who had deserted Labour to take a fresh look at it.

Sir Keir said Labour also had to be “brutally honest” in its examination of its own failures.

“When you lose an election in a democracy, you deserve to,” he said.

It's depressing that the opposition doesn't realise that by repeating your opponent's frame (nationalism, family values etc), you don't steal their votes, you just strengthen their narrative.

“You don’t look at the electorate and ask them: ‘What were you thinking?’ You look at yourself and ask: ‘What were we doing?’

“The Labour Party has lost four general elections in a row. We’ve granted the Tories a decade of power.

“The Tories have had as many election winners in five years as we’ve had in 75.”

It was now time to get “serious about winning”, Sir Keir, said as he gave himself the job of emulating Clement Attlee, Harold Wilson and Tony Blair.

The party’s next election manifesto “will be rooted in Labour values”, but “it won’t sound like anything you’ve heard before”.

He said Labour could only win back trust by providing “security and opportunity at work” and ending “structural flaws in our economy” that meant people had barely had a pay rise for a decade.

The party would fix the housing crisis, he said, and understand the need for an economy that tackles climate change.

Winning the next election would mean being a party that “guarantees the security and integrity of this nation”.

Labour would give “young people the start in life they deserve” and “older people the dignity that they’ve earned”.