In the final PMQs before polling on December 12, Boris Johnson had to defend his government’s NHS record and secret meetings with US pharma firms. 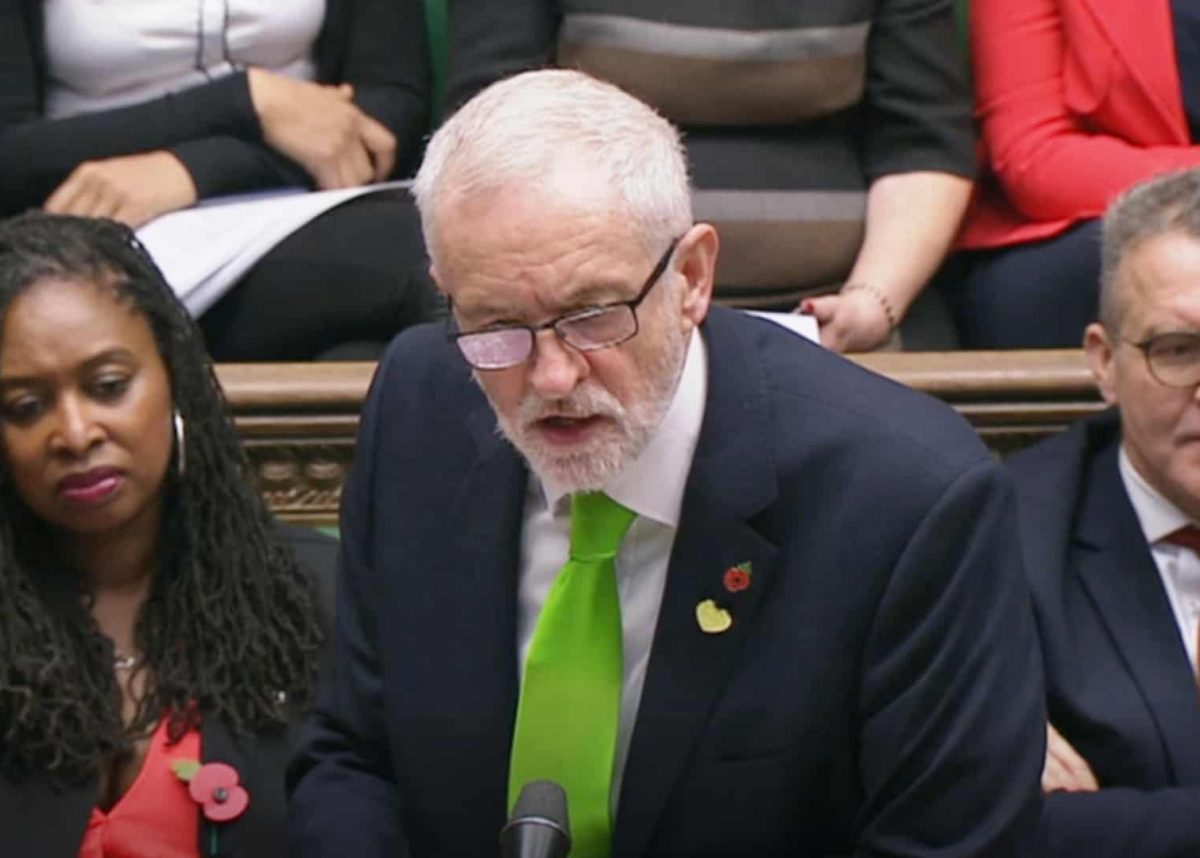 Jeremy Corbyn accused the Tories of putting the NHS “up for grabs” as he clashed with Boris Johnson in the final Prime Minister’s Questions before the general election.

The two leaders used their encounter over the Commons despatch box to draw the battle lines for the forthcoming campaign, with the future of healthcare set to be a key issue.

Corbyn referred to a recent Channel 4 Dispatches investigation which revealed secret meetings between Government officials and US representatives on big pharma firms referred to pricing up NHS medication in a post-Brexit US trade deal.

“While the government is having secret meetings with US corporations, it’s patients here that continue to suffer,” he outlined.

The Labour Party has been pursuing reassurances from Tory Government figures that NHS medication would not be made prohibitively expensive in a post-Brexit trade deal with Donald Trump.

Labour’s Barry Gardiner told the BBC Today programme on Tuesday morning that the government needed to explain why it had held 11 secret meetings with US figures on drugs pricing, “and why they have redefined the words drug pricing so they are no longer allowed to talk about it but they talk about valuing Innovation instead.”

“They are hiding from the public here,” he added. “The public want an NHS that is cost effective and free at the point of use.”

“Why have they held five secret meetings with the US drugs companies – which don’t appear in the register of meetings?” added the Shadow Secretary of State for International Trade.

“Andrew Hill from the University of Liverpool who advises the World Health Organisation has said that this could see the drugs bill in the NHS rise from 18 billion to 45 because they want to stop generics being used, they want to stop the NHS’ bulk purchasing power and they want NICE to stop being able to say this is not a cost effective drug.”

In will probably be the last PMQs before the election, Jeremy Corbyn probed Boris Johnson further over the status of the NHS in his plans, accusing the Conservatives of imposing the “longest spending squeeze ever in its history”.

He seized on reports that NHS officials had been in secret talks with American pharmaceutical companies in preparation for a post-Brexit trade deal with the US.

“This election is a once-in-a-generation chance to end privatisation in our NHS, give it the funding it needs,” he said.

“Our NHS is up for grabs by US corporations in a Trump trade deal. This Government is preparing to sell out our NHS. Our health service is in more danger than at any time in its glorious history.”

Boris Johnson, however, insisted that it was Labour’s economic policies which posed the real threat to the service.

“He would ruin this economy and ruin our ability to fund the NHS, and that is the reality,” the PM said.

Amid noisy scenes, the Prime Minister warned that a Labour government would result in an “economic catastrophe”, ruining the country’s ability to fund the NHS, even though the UK economy would be five per cent bigger under a Labour government than a Conservative government by 2022, according to city forecasts. And research by the National Institute of Economic and Social Research (NIESR) has revealed that GDP would be 3.5 per cent lower in 10 years’ time under Johnson’s Brexit deal – leaving Britain £70 billion worse off.

He also vowed to end the “dither and delay” over Brexit, delivering a “fantastic deal” to take Britain out of the EU.

The clash came as the House of Lords prepared to consider the one-page Bill passed on Tuesday by the Commons, enabling the election to take place on Thursday December 12.

Once it receives its royal assent, it will pave the way for Parliament to be dissolved on November 6, leading to the first December poll in almost a century.

The British public are ‘firmly against’ an NHS sell-off

Almost half of people believe Boris Johnson is hiding the truth when it comes to protecting the NHS in a trade deal with the US, a recent poll revealed. Only 18% of people believed the Tories would keep the NHS publicly-run, according to the Survation poll. The British public are ‘firmly against’ an NHS sell-off.

The Conservatives go into the election – which Boris Johnson finally secured at the fourth time of asking – well ahead in the polls.

Nevertheless the Prime Minister cautioned against any complacency when he addressed his MPs on Tuesday evening, saying they faced a “tough” election battle.

The Tories can expect to come under pressure in Leave-supporting constituencies from Nigel Farage’s Brexit Party over Mr Johnson’s failure to deliver on his “do or die” promise to take Britain out of the EU by October 31.

‘I can’t think of a better Christmas present’

At the same time they face a challenge from the resurgent Liberal Democrats – who are promising to stop Brexit altogether – in pro-Remain areas.

Party leader Jo Swinson said the Lib Dem message was resonating with voters, arguing neither Mr Johnson nor Mr Corbyn was fit to be prime minister.

“Our country deserves a better choice, and I am standing as candidate to be prime minister,” she said.

Shadow chancellor John McDonnell insisted the campaign offered a real opportunity for them to secure the keys to Downing Street and get a Labour government.

“We’re going to have a real go at this and I think we’ll win,” he said.

“I think we’ll have a majority government by Christmas, so I can’t think of a better Christmas present basically.”