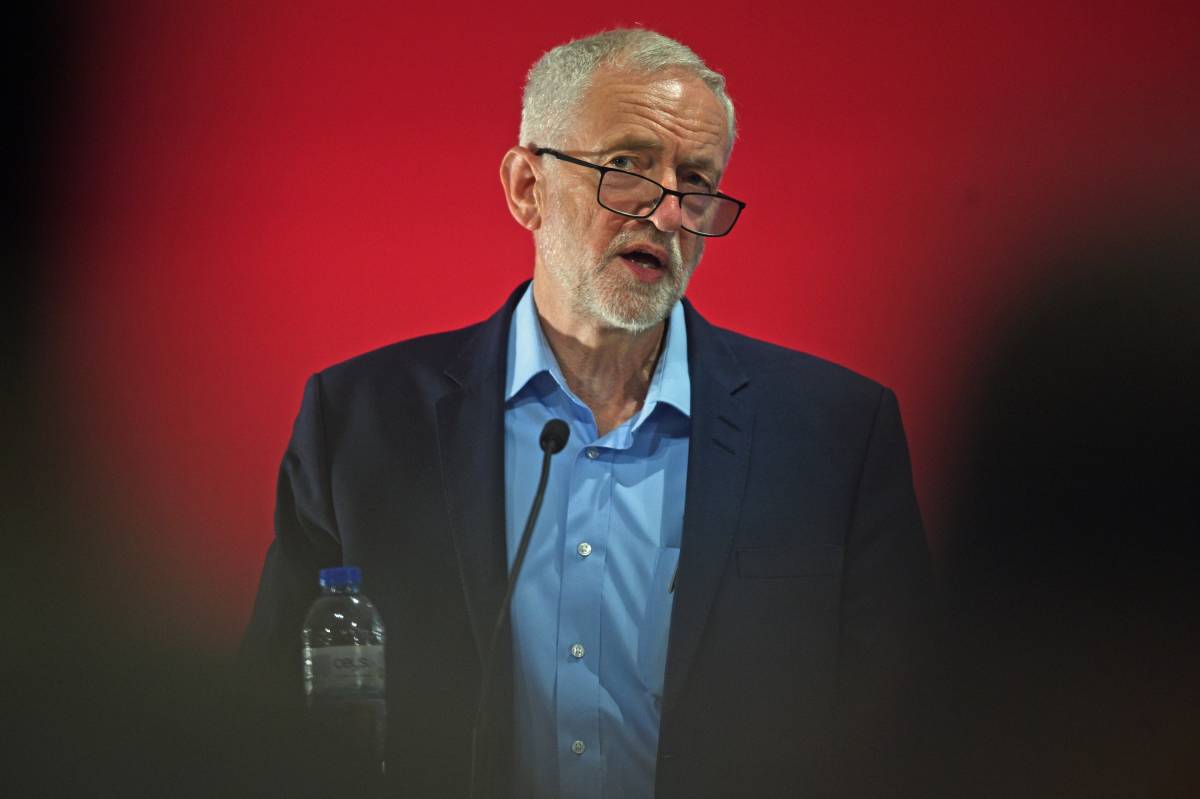 Jeremy Corbyn is laying out plans to try speeding up the way Labour deals with serious anti-Semitism complaints amid calls for tougher action.

As the anti-Semitism controversy continues to rock Labour, Mr Corbyn will propose to the party’s ruling National Executive Committee (NEC) on Tuesday “a new way” of dealing with the “most extreme cases”.

The move comes after Mr Corbyn addressed a meeting of the Parliamentary Labour Party (PLP) on Monday night and said the “poison” of anti-Semitism, needed to be dealt with more robustly.

It would allow for speedier removal in the most serious cases, according to Labour sources.

The package would need to be approved by the Labour conference in the Autumn.

Will this resolve it?

However, Stoke-on-Trent North MP Ruth Smeeth was unimpressed by Mr Corbyn’s address to the PLP.

She told BBC2’s Newsnight: “I think it was yet another disappointing meeting where I am really not sure the leadership of the Labour Party understand quite how distressing anti-Semitism, anti-Jewish hate is in the party.

“And, will this resolve it? No.

“Will we get through recess without some other scandal? I’d be amazed.

“I don’t know how to make this stop.”

Power to impose suspension or expulsion

Mr Corbyn also set out an alternative proposal which would give existing NEC anti-Semitism panels the power to impose a suspension or expulsion, with a right of appeal to the National Constitutional Committee (NCC).

Mr Corbyn told the Shadow Cabinet on Monday: “It is wrong to deny there is anti-Semitism in the Labour Party. And those who deny that it does exist are part of the problem.

“We have to stand for a serious, anti-racist, inclusive socialism.”

Mr Corbyn insisted there had been improvements in the disciplinary process, but “I also know that some complaints have taken too long to deal with”.

“This is not good enough. Our members don’t want to share their party with anyone who is racist – and they want to be able to demonstrate there is no place for anti-Semitism among them.

“Some of the hate and bigotry displayed on social media would count as gross misconduct in any workplace, and must be treated similarly robustly in the Labour Party.

“Defining what would qualify as an extreme case of hate and bigotry is of course a sensitive and complex area, and I would like the NEC to look at that in more detail.”

The shadow cabinet backed the proposal for “summary exclusion” outlined by the Labour leader.

It issued a statement issued saying senior Labour figures also support a proposal to introduce “independent oversight of our processes, and will continue to seek to engage with Jewish community organisations to build confidence”.

In the first six months of 2019 there have been complaints against 625 members relating to anti-Semitism, around 0.1% of the party membership.

There were also complaints about 658 people who are not in the party.

In 28 of the most serious disciplinary cases concluded by the National Constitutional Committee (NCC) in the first six months of 2019, eight members were expelled, three received an extended suspension and four received a warning.

One member received no action as the NCC found the charges to be unproven and 12 left the party after being referred to the disciplinary body.