Let's get the Beast of Bolsover to number 1! 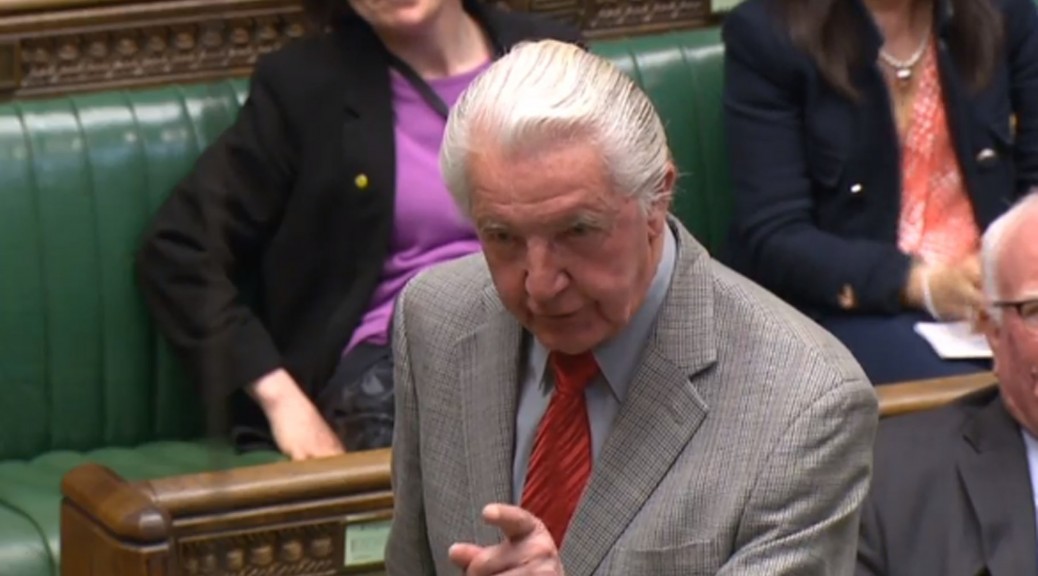 Labour grandees including Jeremy Corbyn, John McDonnell and Richard Burgon have joined a push to get a single about Dennis Skinner into the charts.

The single tells the tale of a man who ‘can’t be bought’ and remained true to his principles and upbringing.

Talking about what inspired him to write the song, Johnson said: “Dennis Skinner is the principled people’s delegate every Labour MP should aspire to be like.

“He’s also a lovely human being, and he likes a good sing and a good song too. So I was very happy, not to say honoured, to hear he approves of “Tony Skinner’s Lad”.”

Former Labour leader Corbyn joined the push to get the single in the charts today alongside other members of his former backbench.

Let’s get the Dennis Skinner Single in the charts!

Deadline for downloading is 11:59pm on Thursday.

After 49 years in parliament Skinner was defeated by the Tories in December as they whitewashed traditional working class Labour seats.

He was defeated comfortably by young Conservative Mark Fletcher, who said on the night: “Dennis Skinner has served this seat with tremendous distinction. He has been a wonderful constituency MP and he has inspired millions of MPs.

“I’m very sad he can’t be here, because I haven’t found a street that I’ve walked up and down in this constituency where Dennis hasn’t helped somebody.

“Dennis, if you’re watching, I want you to know the love and affection of the people of Bolsover is very much still with you.”

Watch the video in full below and to donate to the fundraiser, click here.