The Labour leader hit out during Prime Minister’s Questions. 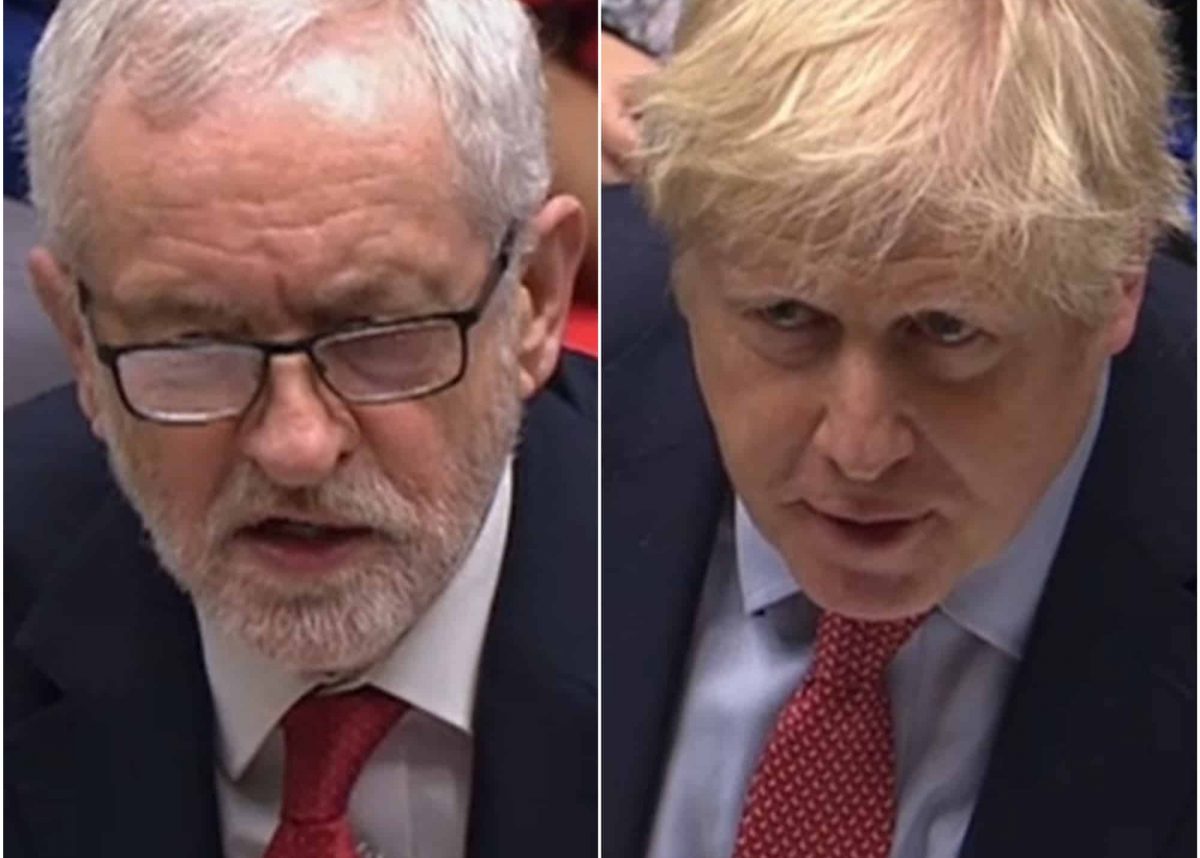 Boris Johnson was accused of dodging questions as Jeremy Corbyn urged him to scrap the Government’s flagship welfare reform.

Labour leader Mr Corbyn raised several concerns about Universal Credit, including demanding an end to the “punitive” five-week wait for benefits and raising links between poverty and the two-child limit.

After the Prime Minister dismissed his concerns and praised the Government’s employment record, Mr Corbyn told the Commons: “Wouldn’t it be truly wonderful if the Prime Minister answered a question about Universal Credit? He’s dodged every question on it.”

Speaking at Prime Minister’s Questions, Mr Corbyn said: “Greggs are currently giving 25,000 workers a £300 bonus, but some of those workers on Universal Credit will only be allowed to keep £75 out of that £300.

“If the Prime Minister can answer that question and show me that’s just and fair, I’ll buy him a vegan roll from Greggs myself.

“But the first aim of Universal Credit, which is set to affect six million people, was to make work pay. But when low-paid workers can’t even keep their own bonuses, it’s clear the Government is punishing, not supporting people.

“Will the Prime Minister do something to ensure that workers at companies like Greggs on low pay will be allowed to keep their bonuses?”

Mr Corbyn continued on Universal Credit before Mr Johnson joked: “I’ve got some good news for the leader of the Labour Party – he was voted by Labour members as the most popular Labour leader since records began.

“I want him to know that those sentiments are warmly shared by many on this side of the House.”

Mr Corbyn said Labour will “never abandon the poor of this country”, adding: “Universal Credit had three aims: it was to meant to make work pay – low-paid workers are not even allowed to keep their bonuses; it was meant to be simple, but has created mind-numbing complexity; it was meant to reduce poverty, but it’s driving people to food banks.

“As we’ve seen today, the Prime Minister isn’t able to answer questions on it.

“The fact is this Government has baked in austerity for tens of millions of people. When will he finally accept that the Universal Credit system is broken, is damaging, is dangerous to people’s living standards and it should go?”

Mr Johnson replied: “(Mr Corbyn) wants to do nothing else but keep people in the welfare trap, stop helping people out of welfare and into work, and I think he should pay tribute to all the people who by their hard work have found fantastic jobs over the last year and pay tribute to the growth of employment in the UK economy.”