“The BMA has been clear of the danger that Brexit poses to the NHS, its staff and patients – a no-deal will severely damage our health service and the nation’s health." 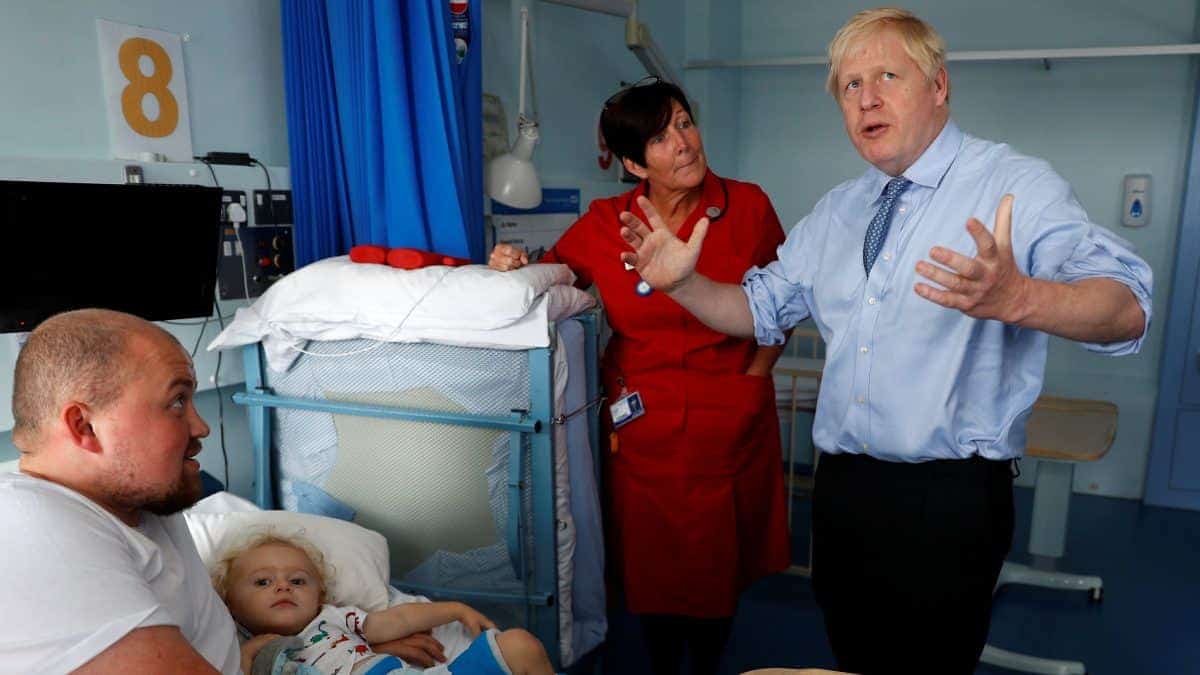 Medical professional bodies have united to issue a chilling warning to Boris Johnson’s government. They warn of the cost to public health of a no-deal Brexit after a decade of Conservative austerity has left “health and social care budgets across the country under immense pressure.”

The British Medical Association has highlighted how a break from the European Union without an agreement on October 31 could ravage the NHS.

A no-deal Brexit will have a devastating impact on the NHS as services prepare for the onslaught of winter pressures, the leading doctors’ body has warned in an unprecedented forthright appeal to the Government.

In a briefing paper published on Monday, the British Medical Association (BMA) highlights how a break from the European Union without an agreement on October 31 could ravage the NHS.

Entitled A health service on the brink: dangers of a “no deal” Brexit, it states the “NHS is already routinely overwhelmed by seasonal pressures” and how “the addition of another, complicating factor is certain to dramatically exacerbate that problem”.

Dr Chaand Nagpaul, BMA council chairman, said: “Cancelled operations, missed cancer treatment targets and patients in corridors waiting for hours on end to be seen; recent winters have seen unprecedented scenes unfold in our hospitals, GP surgeries and across the NHS, with patients suffering and staff under increasing pressure as resources and capacity struggle to keep up with rocketing demand.

“Add to that chaos a no-deal Brexit, and the disintegration of the health service becomes an ever more real prospect.”

The briefing paper also sets out a number of questions the BMA thinks the Government should urgently answer.

These include whether the Government can guarantee patient safety will not be compromised as a result of no-deal, and if Britain does leave the bloc without an agreement what advice will be given to doctors if there is a medicine shortage.

It comes after health union leaders, including the BMA, joined forces last month to issue a strong warning that a no-deal Brexit risks “devastating” the NHS.

In a joint statement – signed by 11 organisations including the Royal College of Nursing, Royal College of Midwives, Unison, GMB, Unite and the TUC – they called on the Government to take no-deal off the table.

The officials warned that no-deal could lead to shortages of vital medicines.

Dr Nagpaul added: “The BMA has been clear of the danger that Brexit poses to the NHS, its staff and patients – a no-deal will severely damage our health service and the nation’s health.

“From disruption to essential medicine supplies, patient healthcare and the loss of highly skilled doctors, to the potential return of a hard border in Northern Ireland, no area of health will be left unscathed by a no-deal. The consequences will be catastrophic.

“We understand the Government is about to begin a campaign telling the public to ‘Get Ready’ for a no deal, but with mere weeks until we potentially crash out, there are still urgent questions for ministers to answer, showing how far from ‘ready’ the NHS really is.

“What guarantees can be made that radioisotopes – vital for cancer treatment and diagnosis – will continue to be imported into the UK without delay in the event of no-deal?

“What actions will the Government take to ensure that economic benefits are not given priority over the nation’s health in a rush to secure trade agreements?

“Given the dangers, every possible step must be taken to avoid it. The public deserve the right to make an informed choice on leaving the EU.

“Give them the final say on Brexit.”

A Government spokesman said:  “We want to reassure patients that we should be fully prepared for leaving on October 31, whatever the circumstances.

“We are taking all appropriate steps, meaning our plans should ensure the supply of medicines and medical products remains uninterrupted when we leave the EU.

“And we have been crystal clear that we want our hardworking EU staff to stay in the UK and continue to perform vital roles across the NHS and social care sector.

“We recognise the vital importance of medical radioisotopes and action is being taken to ensure patients can continue receiving treatments uninterrupted.

“Where medicines have a short shelf-life, we are working with suppliers to have plans in place to air freight these medicines so there is no disruption to the supply chain.”