Earlier this year Labour warned that ordinary people should not be made to bail out the country again. 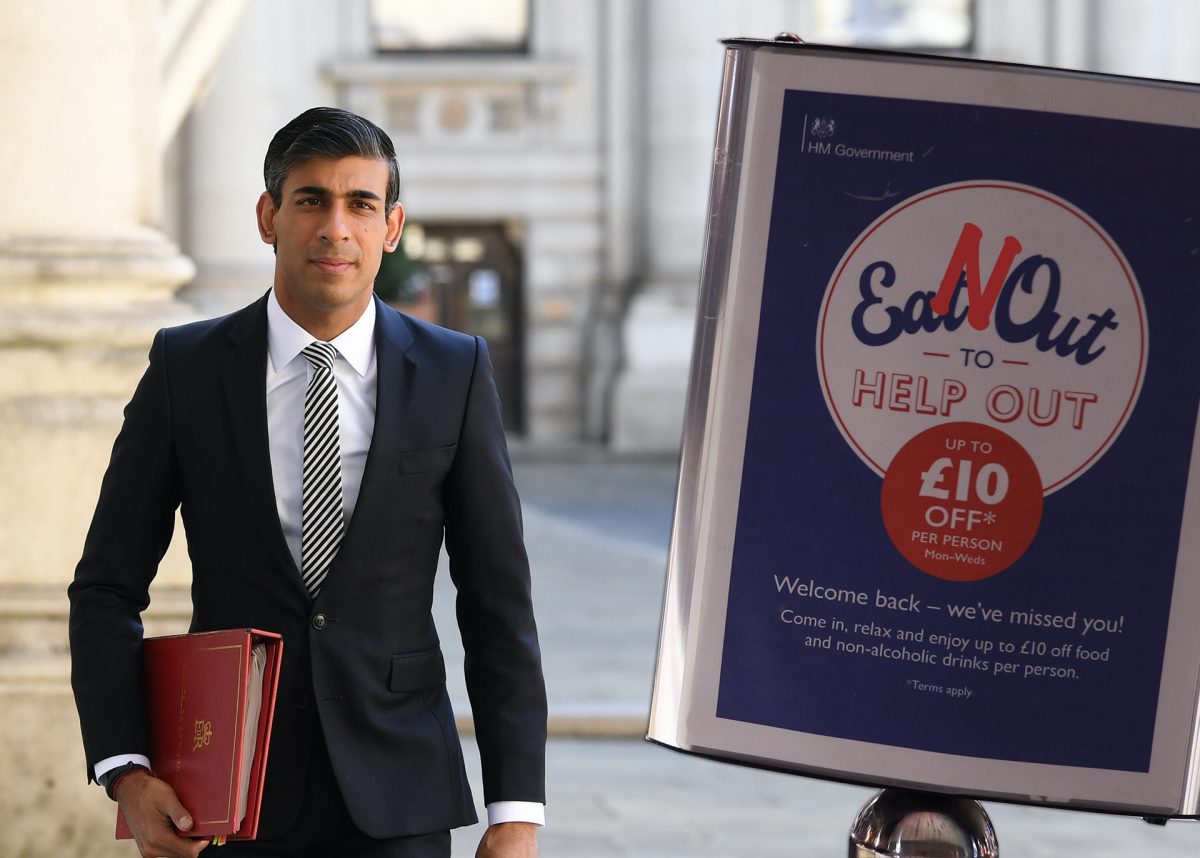 Rumours that the chancellor is considering a freeze on benefits and public sector pay to rebalance the books after the coronavirus has been dubbed “Eat Nout to Help Out” on social media.

Rishi Sunak, who won widespread acclaim for his Eat Out to Help Out scheme, recently warned that the government “will need to do some difficult things” in order to correct our public finances and “give our country the dynamic, low-tax economy we all want to see”.

According to a senior ministerial ally that could include scrapping inflation-linked increases to welfare payments and public sector salaries – something Labour has warned they must not do.

Eat nout to help out https://t.co/I5GcbAszg8

Towards the start of the pandemic Diane Abbott hit out at reports that the Treasury is considering public sector pay freezes and tax hikes.

The MP for Hackney North and Stoke Newington tweeted that “ordinary people were made to bail out the bankers after they caused the 2008 crash.

The Chairman of the Police Federation of England and Wales John Apter also called a public sector pay freeze “a deep and damaging betrayal”.

He said any such move would be “morally bankrupt” and urged the Government to rethink any plans for “financially punishing our public sector workers”.