The poster urges residents to "evolve or leave" now we "finally have our great country back". 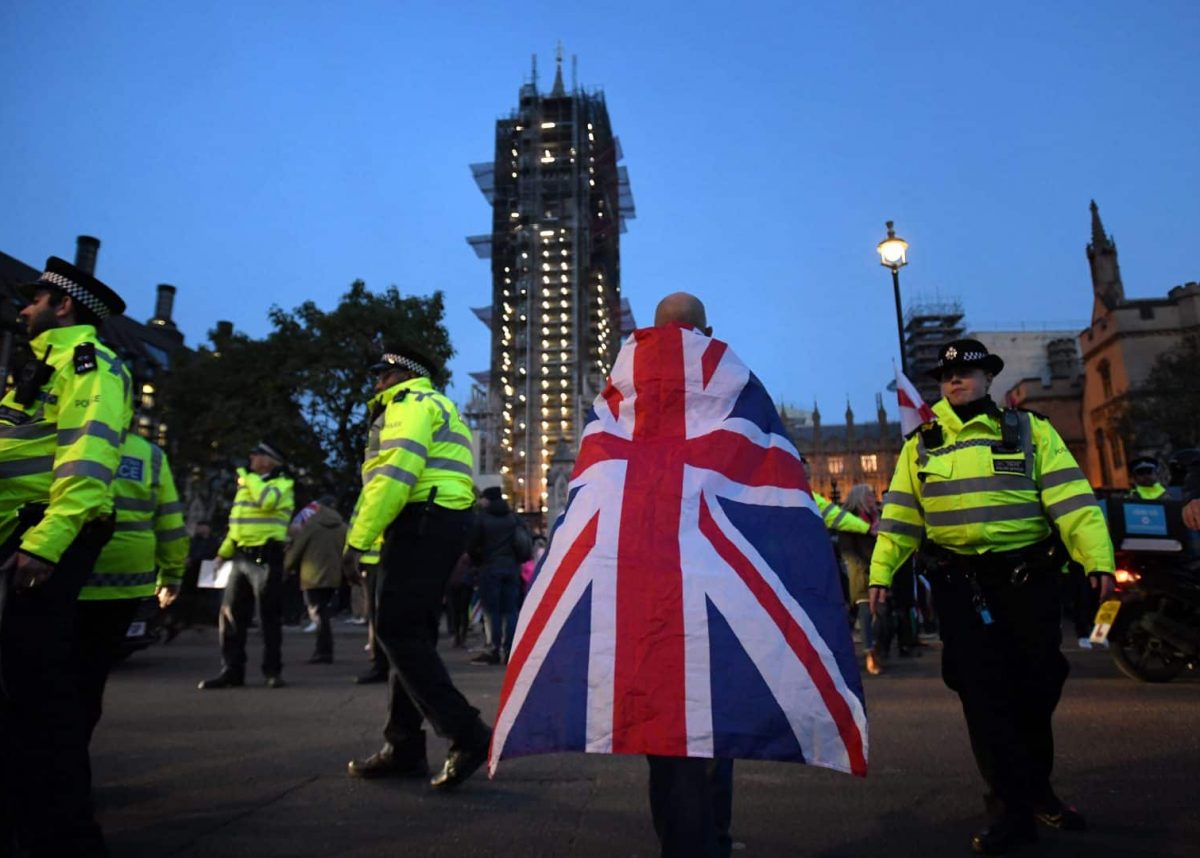 A poster telling residents of a block of flats “we do not tolerate” people speaking languages other than English in the building has been reported to the police.

A sign bearing the title “Happy Brexit Day” was reportedly found stuck to fire doors on Winchester Tower in Norwich on Friday morning.

The discovery came hours before the UK officially left the European Union at 11pm on Friday.

“We finally have our great country back”

A photo of the poster shared in news reports and on social media revealed it declared: “We finally have our great country back.”

It suggests that people wanting to speak a language other than English should leave the country.

This trending photo from a door in Norwich makes me livid & embarrassed.

Norwich is the most tolerant, accepting, loving city I have ever lived in or visited.

This photo in no way represents our county or city. A racist, bigoted minority will NEVER be tolerated & NEVER prevail. pic.twitter.com/9De3s8g17d

Writing on Twitter on Saturday, Norwich City Council said: “You may have seen a photo of a poster that has appeared in one of our properties.

“Norwich has a proud history of being a welcoming city, and we will not tolerate this behaviour.

“As soon as we became aware of this incident, we reported it to @NorfolkPolice and they are investigating.

“We take this very seriously and encourage residents to contact us or the police if they have any concerns.”

According to the BBC, which spoke to a resident, the signs were left on fire doors across all 15 floors of the block of flats before being removed by the caretaker.

Mike Stonard, a cabinet member on Norwich City Council, told the Eastern Daily Press: “I absolutely condemn this abhorrent poster. Whoever put it there has committed a hate crime, it is as simple as that.

“Many people voted for Brexit for a range of different reasons, however I am sure not many of them will condone this kind of thing.”