“Future historians won’t need a test and trace operation to find those responsible if we end up in a legal battle in the Supreme Court and an economic crisis that rivals the 1930s depression.” 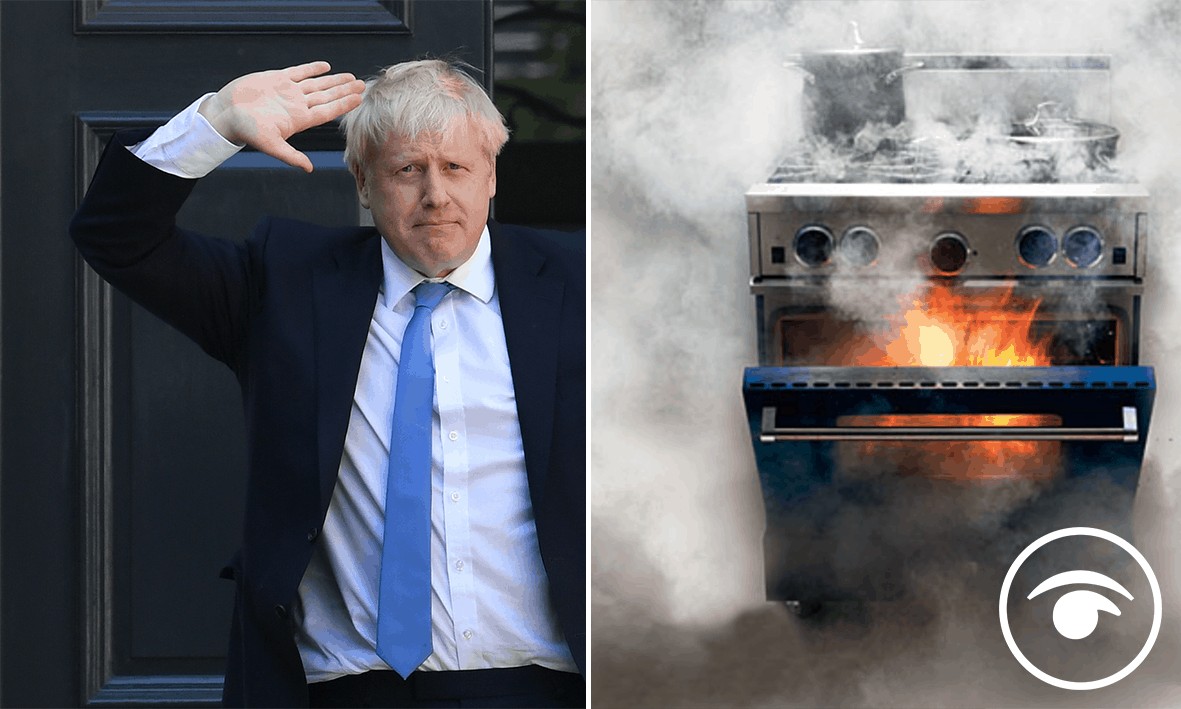 The PM has been slammed over his handling of the Brexit divorce deal, enabling the Government to break the law.

These new comments come as the Government’s controversial new Brexit legislation could set “a disastrous precedent” if passed in its current form, the UK’s archbishops have warned in a rare joint letter.

Johnson has now been accused of “groping for desperate solutions” as peers vowed to overturn key parts of his controversial Brexit legislation.

Former Commons speaker Baroness Boothroyd and Conservative former leader Lord Howard of Lympne were among those who criticised the UK Internal Market Bill, which has already cleared the Commons despite opposition from some senior Tories.

The legislation sets out the way that trade within the UK will work once it is outside the EU’s single market and customs union.

But it also contains powers which gives ministers the opportunity to override the Brexit divorce deal, something the Government has acknowledged would breach international law.

Lady Boothroyd said she had never in her parliamentary life seen such a collapse of people’s trust in a government, which was now “groping for desperate solutions to problems it said would not arise” or be easily resolved.

She said the Prime Minister had “set the course we are on and shows no remorse for steering it off course”.

Lady Boothroyd told the House of Lords: “Future historians won’t need a test and trace operation to find those responsible if we end up in a legal battle in the Supreme Court and an economic crisis that rivals the 1930s depression.”

Urging peers to defend the nation’s law and traditions, Lady Boothroyd warned Britain would not regain its self-respect until the world once again knew “our word is our deed and we are committed to the rule of law”.

Brexit-backer Lord Howard, addressing the Lords during the Bill’s second reading, said: “I want the United Kingdom to be an independent and sovereign state.

“But I want it to be an independent sovereign state that holds its head up high in the world, that keeps its word, that upholds the rule of law, that honours its treaty obligations.

Tory Lord Howard of Rising dismissed most of the adverse comments about the Bill as “sour grapes from Remainers” and backed the Bill, saying it would help Britain rid itself of “EU control”.

But Tory former Brexit minister Lord Bridges of Headley said he would be voting for a “regret” motion tabled by Lord Judge, a former lord chief justice, because principle came before party.

Lord Bridges said he regretted the Prime Minister had said the treaty was a great deal and the protocol an ingenious scheme but now he wanted to “rip it all up”.

He told peers: “I regret the Government either did not understand the implications of the treaty and the protocol or that they did but privately always intended to breach the treaty.

“I regret that we are being told by some that just because other nations may disregard treaties they have entered into, somehow this justifies us breaching a treaty we have entered into in good faith. Two wrongs do not make a right.”

Lord Newby, Liberal Democrat leader in the Lords, said it was the “most dangerous and baffling” piece of legislation to come before the House in the 23 years he had been a member.

Lord Newby urged peers to be ready for repeated parliamentary “ping pong” with the Commons if they succeeded in removing “law-breaking” clauses from the Bill during its later stages.

Opening the debate, Business minister Lord Callanan said the Bill would guarantee the continued functioning of the UK’s internal market to ensure trade remained unhindered and business could continue to operate with certainty.

He said it introduced “limited and reasonable steps to provide a safety net” to preserve peace in Northern Ireland, if an agreement was not reached with the EU on how to implement the Northern Ireland protocol.

For the Opposition, Baroness Hayter of Kentish Town said Labour concurred totally with the motion of regret.

Lady Hayter likened Mr Johnson to a “bar-room brawler” taking on all-comers, and said the Bill must be amended to be “workable, legal, democratic and respectful of devolved settlements”.

Independent crossbencher and former terror law watchdog Lord Carlile of Berriew argued the barrage of criticism levelled by peers “should give ministers serious pause for thought before this bent-barrelled blunderbuss is fired into the rule of law”.

But Tory former Cabinet minister Lord Forsyth of Drumlean backed the Bill, insisting it provided a “safety valve” in the event that the EU did not respect the dispute procedures, or comply with its duty of co-operation, or threatened the integrity of the UK.