“In any trade deal we strike, we will be taking into account our high standards to make sure our farmers are undermined.” 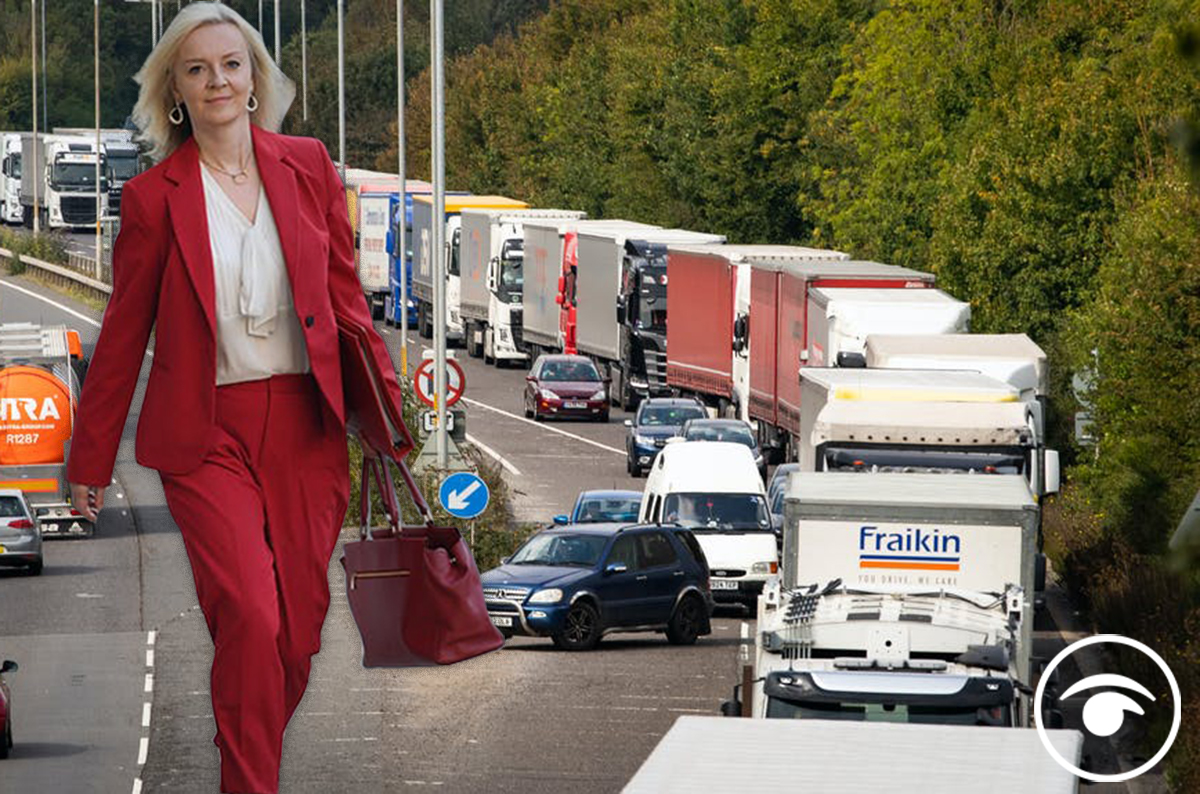 Liz Truss has rebuffed fresh calls to guarantee in law all UK farming standards, claiming such a move would disrupt trade with developing nations, as news has emerged that Lorries could back up in Scotland post-Brexit.

The pair clashed during international trade questions as Ms Thornberry warned of the impact of the Government’s post-Brexit policy on British farmers.

The House of Lords last month amended the Agriculture Bill in a bid to block the import of foodstuffs produced abroad at lower animal welfare standards, amid warnings over chlorinated chicken or hormone-treated beef entering the UK market from the US.

The Government is expected to overturn the amendment in the Commons, and has consistently argued existing protections are already in place and they have no intention of watering them down.

Ms Thornberry earlier said: “If it is (Ms Truss’s) argument that we don’t need Labour’s amendments because bans on relevant imports are already enshrined in law, can she please tell us which law prevents the import of pork that has been produced on American farms that continue to use sow stalls?”

Ms Truss replied: “Well (Ms Thornberry) is of course talking about an animal welfare issue, and as I made very clear earlier on, we will not allow the high animal welfare standards of our pig producers to be undermined.”

Ms Thornberry countered: “There is no import ban against pork produced on farms using sow stalls because, as (Ms Truss) said, it’s an issue of animal welfare not one of food safety.

“That means, if the Government drops tariffs on US pork, British pork farmers will be undercut by cheap imports from American agricultural companies using practices that have been banned in our country for the last 21 years.

“So will the Secretary of State listen to reason and write into the law the protection of all UK farming standards against imports that don’t meet them?”

Ms Truss appeared to make a slip of the tongue and forget to say “not” when she replied: “In any trade deal we strike, we will be taking into account our high standards to make sure our farmers are undermined.”

She added: “If (Ms Thornberry) is suggesting a blanket ban on any foodstuffs that do not comply exactly with British farm regulations, what she is talking about is preventing developing countries sending their foodstuffs to the United Kingdom.

“She will understand that under MFN (most-favoured-nation) rules you have to apply the same standards to every country you’re dealing with.”

In an earlier response to Labour’s Cat Smith (Lancaster and Fleetwood), Ms Truss said: “We’re absolutely clear that we’re going to stand up for our high standards in any deal we strike, including with the United States, and making sure that the high standards our farmers operate to will not be undermined.”

“What I can say would be unhelpful though to our trade relationship with Africa would be Labour and SNP proposals to dictate domestic production standards in the developing world, which has the potential to kill off our trade with those countries.

At this point Speaker Sir Lindsay Hoyle intervened, telling Mr Hands: “Order! No, no, no, no, order! Minister, and I’ll say to both frontbenches, topicals (topical questions) are meant to be short and punchy.”

Lorries heading for Northern Ireland could quickly back up on to main roads if one encounters a problem with Brexit paperwork at Scottish ports, a senior harbour executive warned.

Regulations around the movement of goods from Great Britain are under discussion following withdrawal from the EU.

Engagement with Government customs authorities has been significantly ramped up in recent times, but concerns remain, port operators said.

Larne Harbour general manager Roger Armson said: “The distance between check-in and the main arterial route to the central belt (of Scotland) is very short.

“You do not need to get much of a delay to start backing traffic up on to those routes.”

Mr Armson is head of P&O’s Larne to Cairnryan ferry operation. He expressed concern if paperwork was not in order after a haulier turned up at the south-west Scotland port.

“If a unit arrives without a valid goods movement reference, there are no facilities in Scotland for that unit to park up.

“That is a bigger concern to me and something we are looking at very closely.”

About 200 lorryloads a day from the rest of the UK are needed to supply Northern Ireland’s supermarkets.

Maurice Bullick, compliance director at Belfast Harbour, said: “There has been a long engagement with HMRC.

“It is only in the last short while that the engagement with HMRC has really ramped up.”

Under the protocol contained in the Brexit Withdrawal Agreement, Northern Ireland will remain in the EU Single Market for goods when the transition period ends.

Port operators confirmed new screening facilities for goods arriving in Northern Ireland from Great Britain will not be ready for the end of the Brexit transition period, but said contingency measures would be in place.

Negotiations between the UK and EU on a trade deal have covered areas like which goods are “at risk” of travelling from Great Britain into the Republic of Ireland via Northern Ireland, and should pay tariffs.

A large proportion of Foyle Port’s commerce in Northern Ireland’s north west crosses the Irish border a short distance away.

The Londonderry harbour engages in worldwide trade in commodities including oil, animal feed and fertiliser.

Chief executive Brian McGrath said work with HMRC had stepped up a gear recently following “generic” calls throughout the summer.

He said the organisation had begun to receive greater clarity from its political masters.

“Foyle Port’s experience in the last week has been of a much more focused and engaged response from them, which is ongoing and would give us some cause for optimism.

“We are now finally getting to the nitty gritty on the subject.”

He said political uncertainty over the Northern Ireland protocol’s “wellbeing” was of concern.

“In a black and white no-deal scenario we could lose 40% of our trade.”

He said it was important that trade continued unimpeded as it traditionally had.