This isn't the Brexit Leavers voted for and it is exactly the Brexit Remainers voted against. 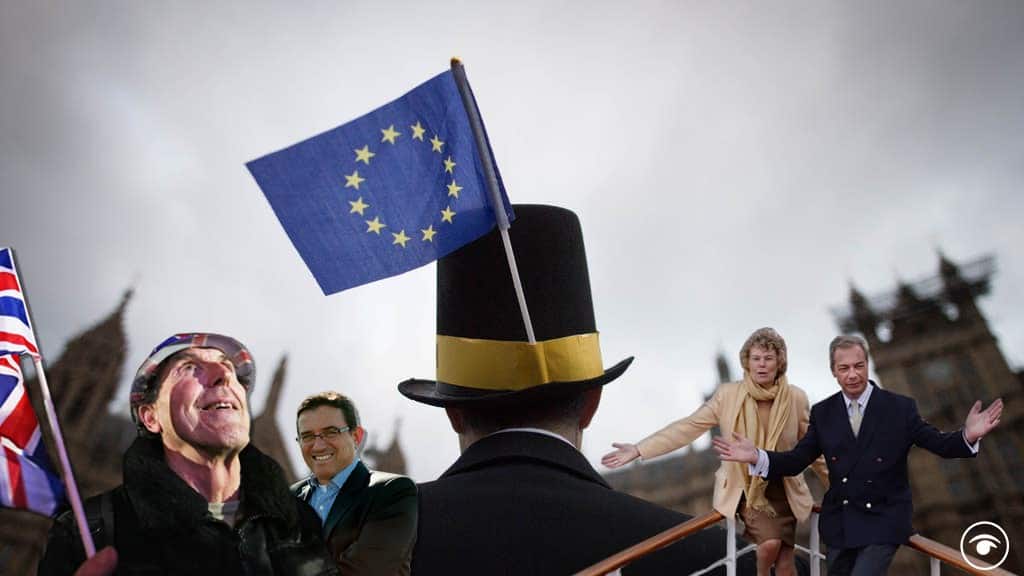 For the bulk of this peculiar year to date, Brexit has been conspicuous by its absence in public discourse.

There are decent enough reasons for that, of course – coronavirus being chief among them. People have a limited bandwidth for news, and the virus (and when we might be shot of it) has largely eclipsed everything else.

It’s not just the public (in England especially) giving the issue the cold shoulder, however. Rewind to the start of last month to Rishi Sunak’s Budget; Brexit wasn’t mentioned once.

Again that in itself is not a huge surprise. Vaccines – arguably – aside, Brexit hasn’t exactly been a font of good news for the government since January. Exporters are being battered, financial services are out in the cold and rumblings of sectarian tension in Northern Ireland have exploded.

But it was still an eyebrow-raiser for Sunak to determinedly ignore a policy that will have a seismic impact on the economy for years to come – and which has done more to define his boss, Boris Johnson, than any other.

But Brexit is now becoming impossible to ignore. Street disorder has flared in various parts of Northern Ireland for more than a week.

On Wednesday night at the Lanark Way peace wall gates in west Belfast, several hundred people gathered on each side from 5pm which escalated to “significant disorder”. Multiple petrol bombs and missiles, including fireworks and heavy masonry, were thrown – and authorities have said it is “clear there was a degree of organisation” of the violence.

There’s a lot going on here: simmering unionist discontent over the Brexit-induced Irish Sea Border; the decision not to prosecute Sinn Fein politicians for allegedly breaching coronavirus restrictions at the funeral of Bobby Storey; and loyalist paramilitaries stoking young people in their communities to go out and cause trouble.

The violence, and the extent to which post-Brexit trading arrangements sparked it, has spurred some bad takes in the commentariat. It’s wrong to say what we’ve seen this week is just about Johnson’s erecting of a border in the Irish Sea, but it’s wrong too to say that Leave advocates weren’t warned that Brexit had the potential to foment discord on the island of Ireland.

Kate Hoey, the former Labour MP for Vauxhall and one of the party’s most prominent Brexiteers, said earlier this week that the Northern Ireland Protocol “has destabilised Northern Ireland”.

“Northern Ireland has much to gain from Brexit,” Hoey wrote. “It is no longer a significant net beneficiary from EU funds, and agriculture’s support through the EU’s single farm payment is on a declining trend.”

Beyond Northern Ireland, an ex-Brexit Party MEP was roundly mocked for moaning that the EU had “restricted free movement” for Brits – forgetting, apparently, that ending free movement is exactly what he campaigned for.

“I think the EU are crazy to restrict FOM from Brits as much as you do,” Lance Forman said. “I don’t think it will be forever.”

Reality is also biting for Brits living on the continent. Stories in recent weeks have revealed the mountains of paperwork required by British couples living in Spain and elsewhere to retain their residency. Many of them didn’t manage, and are now being forced to abandon their places in the sun and return to the UK.

None of this was unforeseen, of course. This is what many Remainers feared would happen – and what a string of prominent Leave figures denied would come to pass.

Nor is it going away; negotiations with Brussels over the intricacies of our future relationship may continue for years – even decades – to come, but Britain in 2021 is a third-country, and these are the consequences.