“It is brazen of the Prime Minister to idly shrug away a disaster that his own Government created." 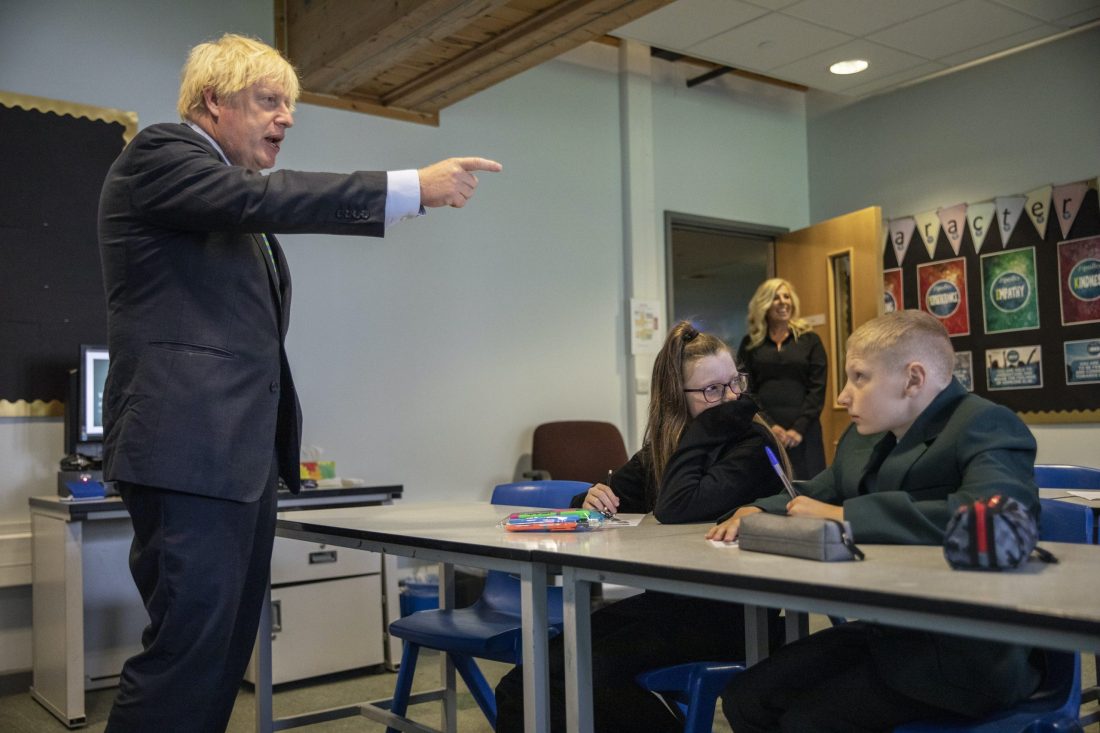 Boris Johnson blamed a “mutant algorithm” for the A-level results fiasco as Education Secretary Gavin Williamson denied forcing Ofqual’s chief to carry the can for the debacle.

Sally Collier resigned from her position at the exams watchdog, which has been heavily criticised over its handling of the process for awarding grades following the cancellation of exams because of the coronavirus pandemic.

Mr Williamson insisted he had not forced Ms Collier out and said the fiasco was due to the “unprecedented” situation caused by Covid-19.

The Prime Minister, addressing pupils at a school in Coalville, Leicestershire, acknowledged that the situation had been “stressful” for those awaiting A-level and GCSE results.

“I’m afraid your grades were almost derailed by a mutant algorithm,” he told them.

“I know how stressful that must have been for pupils up and down the country.

“I’m very, very glad that it has finally been sorted out.”

Mr Johnson had previously claimed that the algorithm-based grades would be “robust” and “dependable”.

A Government U-turn saw the controversial algorithm abandoned in favour of relying on teachers’ assessments of the grades pupils in England should receive.

Kevin Courtney, joint general secretary of the National Education Union, said: “It is brazen of the Prime Minister to idly shrug away a disaster that his own Government created.

“Parents, students, teachers and heads will be horrified to see the leader of this country treat his own exams fiasco like some minor passing fad.

“The public will not easily forget the emotional rollercoaster of this year’s results season. It is certain to put a long-lasting dent in the Government’s reputation on education.”

Labour MP Marie Rimmer said: “How on Earth can Boris Johnson tell school children that their grades were ‘almost derailed by a mutant algorithm’, as though he isn’t the Prime Minister with ultimate oversight of everything the Government does?”

Mr Williamson – whose own position has come under pressure over the exams row – insisted he was not responsible for Ms Collier’s exit from Ofqual.

“No, this was a decision that Sally made, an incredibly dedicated and committed public servant, and in discussions with the Ofqual board, which, as you’re aware, is a non-ministerial government department,” he told BBC’s Breakfast.

“That was a decision between them.”

The Education Secretary indicated he had not considered resigning over the U-turn.

He told Times Radio: “My focus has been working with Ofqual to make sure we get those examination results out and making sure that we have everything in place to be able to welcome young people back into school over the next few weeks.