The Prime Minister was also accused of being an "opportunist all his life" by Labour leader Sir Keir Starmer. 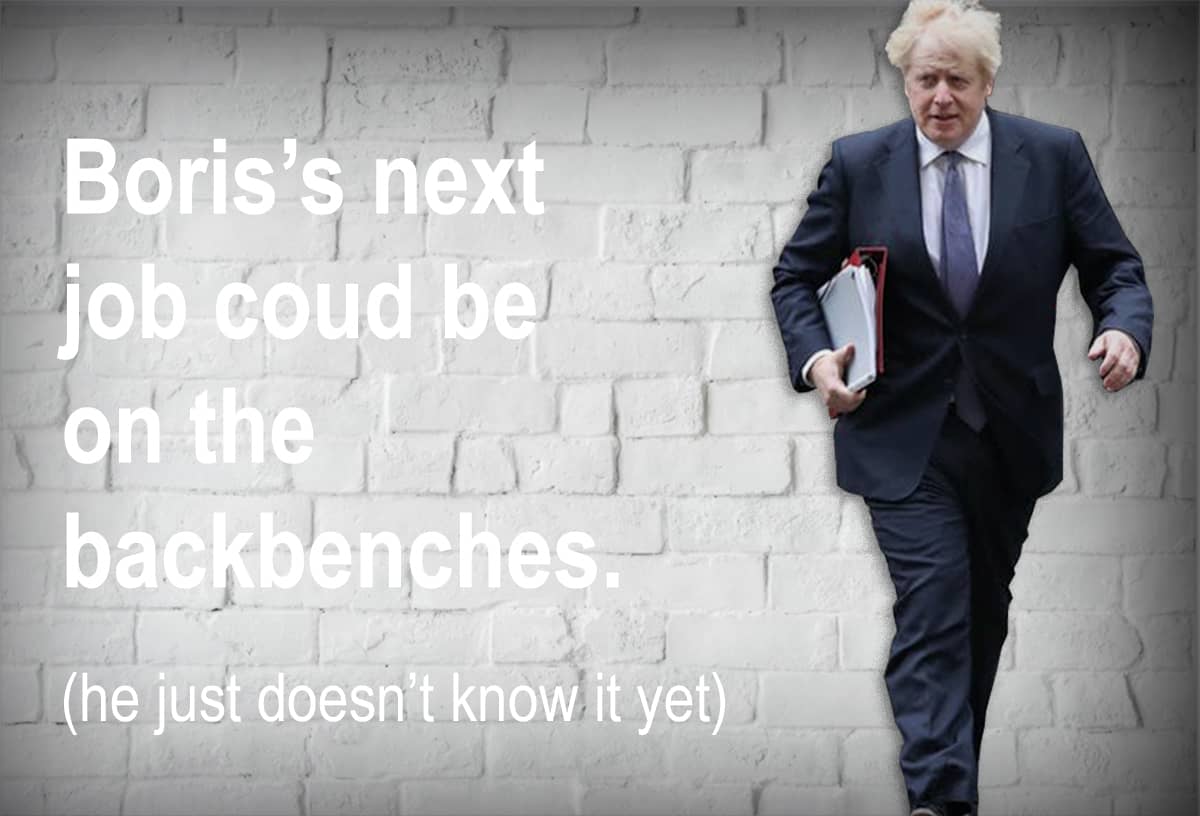 Ian Blackford capitalised on the government’s marketing horror show in parliament today by aiming the message at Boris Johnson during Prime Minister’s Questions.

The SNP’s Westminster leader poked fun at a now-infamous advert suggesting a ballet dancer should retrain to work in cyber security.

“Fatima’s next job could be in cyber (she just doesn’t know it yet)”, read the ad, which carried the logo of HM Government but was withdrawn this week after being widely mocked and denounced by culture secretary Oliver Dowden as “crass”.

Questioning Mr Johnson over the prospect of “mass unemployment” when the coronavirus furlough scheme comes to an end in two weeks, Mr Blackford said: “We know what the prime minister’s Tory colleagues are saying: the prime minister’s next job could be on the backbenches. He just doesn’t know it yet.”

"We are heading towards a Tory winter crisis of mass unemployment."

“Opportunist all his life”

Earlier in the debate the PM was accused of being an “opportunist all his life” during bitter exchanges with Sir Keir Starmer over the country’s Covid-19 tactics.

Labour leader Sir Keir questioned why the Prime Minister has rejected the advice of his scientific advisers and not introduced a so-called circuit-breaker to curb coronavirus infections, suggesting “tougher measures are now unavoidable”.

He pressed Mr Johnson to go beyond his new three-tier alert level system in England and implement a circuit-break immediately in a bid to “save lives, fix testing and protect the NHS”.

But the Prime Minister hit out at Labour’s own “opportunism” and accused Sir Keir of performing a “dramatic” U-turn after not opposing the regional approach earlier in the week.

“I rule nothing out”

Mr Johnson added: “I rule nothing out”, but repeatedly stressed his desire to avoid the “misery of another national lockdown”.

The Prime Minister also urged Labour mayors to support the Government’s plans, telling the Commons: “We want to put in the most stringent measures necessary in the places where the virus is surging in order to get it down where it surging, that is the logical thing to do.

“So will he get on to his Labour friends in those parts of the north of England where we want to work with them to put those very stringent measures in place in order to deliver the reductions that the whole country wants to see?”

Sir Keir countered: “He (Mr Johnson) probably hasn’t noticed that this morning, the council leaders in Greater Manchester that he’s just quoted, including the mayor and including the Conservative leader of Bolton Council, have said in a press statement that they support a circuit-break above Tier 3 restrictions.