Labour MP Tanmanjeet Singh Dhesi called on the Prime Minister to apologise for his ‘derogatory and racist’ comments immediately. 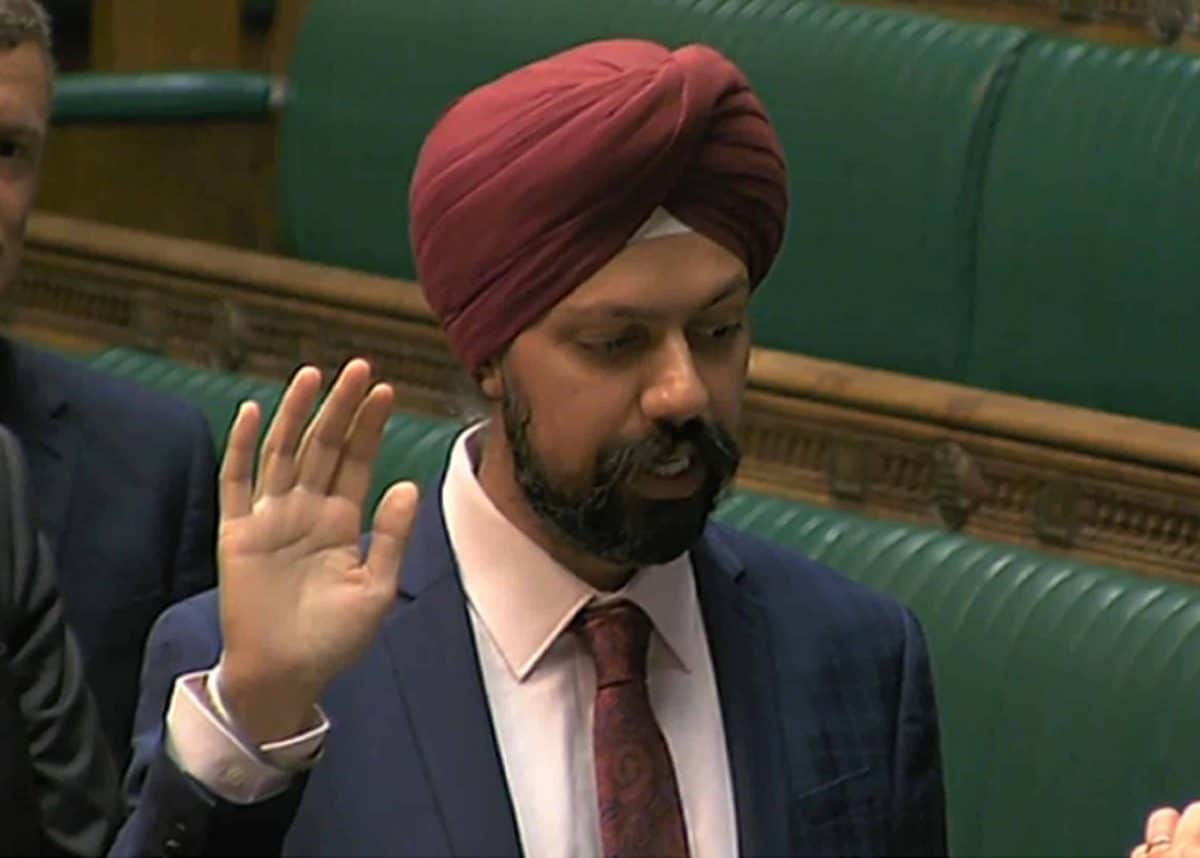 Boris Johnson has faced renewed pressure to apologise for comments he made comparing Muslim women who wear a hijab to bank robbers and letterboxes.

During PMQs, Labour MP for Slough Tanmanjeet Singh Dhesi – the first turban-wearing Sikh in the Commons – called on Mr Johnson to apologise for his “derogatory” comments immediately.

MPs applauded as Mr Dheshi said: “I understand the hurt and the pain felt by Muslim women when they are called bank robbers and letterboxes, and the Prime Minister must apologise now for his derogatory and racist remarks which have led to a spike in hate crimes.”

He added that members of the House from a minority background have also been called “Taliban” and as being “from bongo-bongo land”.

The Prime Minister made the comments in his column in The Daily Telegraph last August, referring to women who wear the hijab as “letterboxes” and “ninjas”.

On Tuesday, research from the monitoring group Tell Mama showed that the number of Islamophobic incidents rose by 375% in the week after Mr Johnson made the remarks.

Mr Dhesi asked the Prime Minister when he will apologise for his “shameful comments”, and also when he will order an inquiry into Islamophobia in the Conservative Party.

He said: “The Prime Minister and the Chancellor promised they would have an urgent inquiry into Islamophobia on television.”

Facing calls of “shame” from opposition backbench MPs, the Prime Minister said that his comments were “a strong liberal defence of what women wear”.

Refusing to apologise for his remarks, Mr Johnson said: “Under this Government we have the most diverse Cabinet in the history of this country.”

The Prime Minister then deflected the conversation onto the issue of anti-Semitism within the Labour Party.

Mr Johnson said: “There has been no ounce of an apology from the Labour Party for the anti-Semitism which is deep in their ranks.”