The Prime Minister addressed the Commons, warning that this is the moment when we must act. 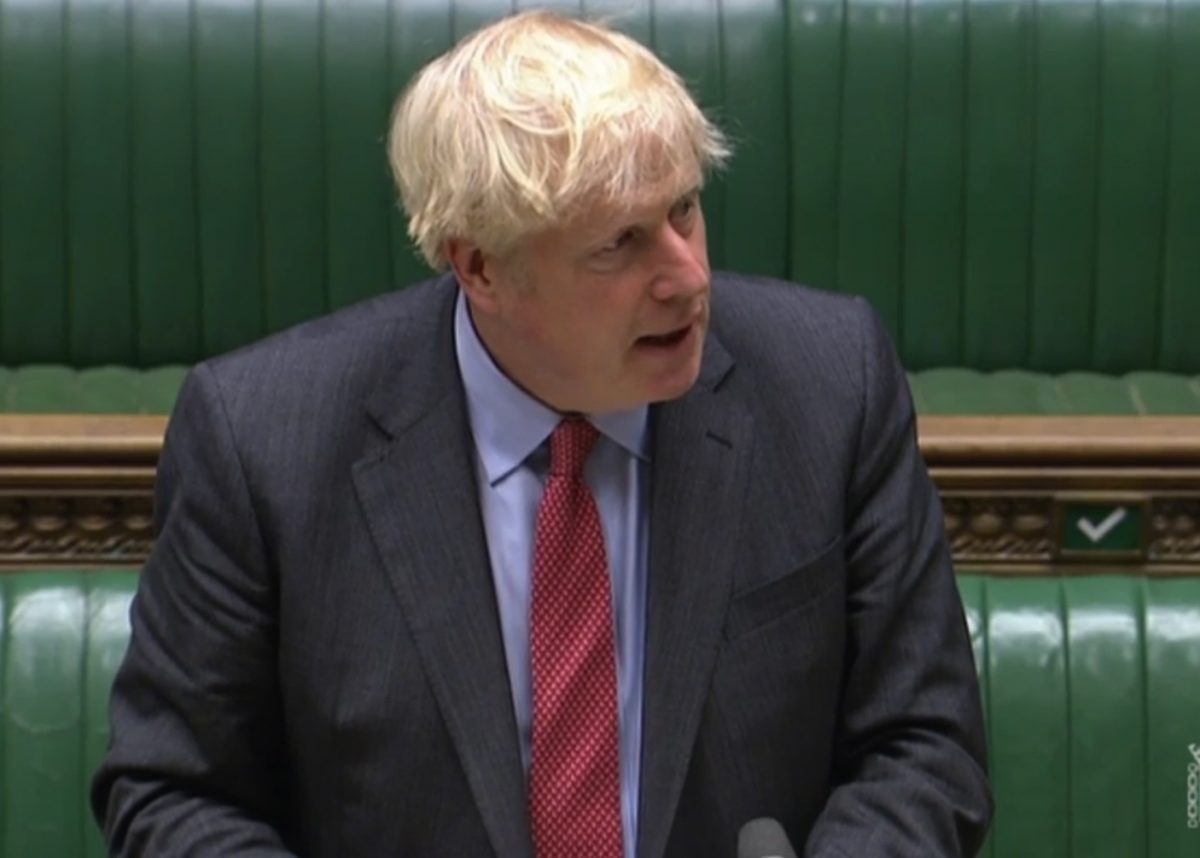 Boris Johnson has outlined a new set of measures aimed at curtailing a rise in coronavirus cases in the UK.

The Prime Minister addressed the House of Commons, saying “this is the moment when we must act” based on the principle that “a stitch in time saves nine.”

Earlier the government announced that pubs and restaurants must close at 10pm and only serve people at tables – a move described as a “crushing blow” for the hospitality sector.

They also updated guidance on remote working, saying “if you can work from home, you should do so”.

Other measures rolled out include:

– The hospitality sector will be restricted to table service only.

– Face coverings must be worn in taxis and private hire vehicles, and by retail staff while at work.

– Customers in indoor hospitality will also have to wear face coverings – except while seated at a table to eat or drink.

– The exemptions to the rule of six will be reduced, banning indoor team sport – such as indoor five-a-side football matches.

– The planned return of spectators to sports venues will now not go ahead from October 1.

– Wedding ceremonies and receptions will be capped at 15 people from Monday, funerals will remain at 30.

– Businesses will be fined if they break the rules.

– Tougher fines for failure to comply eg £200 for not wearing facemasks/ breaking rule of six.

He added that if the R number doesn’t go back below 1, and people’s behaviour doesn’t change, then there will be ‘significant’ extra restrictions, and we can expect the existing ones to last 6 months.